By Lynn Taliento and Anu Madgavkar

While there has been progress toward increased opportunities in the labour force for women, they remain underrepresented at the top of companies around the world. The economic and social benefits of narrowing the gender gaps are clear. Until that gap is closed, women cannot meet their full potential – and the world will be poorer as a result.

Even as other gender gaps have narrowed, women struggle to close the gap with men on taking the roles that lead and shape the world, write Lynn Taliento and Anu Madgavkar in Devex.

The economic and business case for gender equality is now overwhelming. Evidence is mounting that having more women in the boardroom and senior management positions is positive for the bottom line and for society.

While there has been progress toward increased educational opportunities and greater participation in the labour force for women, they remain underrepresented at the top of companies around the world. And it’s not just in business that women are not rising to the top – the same is true in the nonprofit sector and in politics.

In 2012, most Asian countries had fewer than 10 percent female representation on executive committees and saw women making up fewer than 5 percent of CEOs, losing the majority of women in the mid-to-senior management level. In 2015, 45 percent of entry-level jobs in the United States were occupied by women, but women held only 17 percent of C-suite jobs.

In the nonprofit sector, women hold only 21 percent of leadership roles in organisations with budgets in excess of $25 million despite making up 75 percent of their workforces.

Globally, there are 22 women in ministerial and parliamentary roles for every 100 men. Even in developed economies – and democracies – such as the United Kingdom and the United States, there are only 24 and 34 women to every 100 men, respectively, in these top government roles.

The economic and social benefits of narrowing the gender gaps are clear. If women were to participate in the world of work identically to men, an additional $28 trillion, or 26 percent of incremental global GDP, could be achieved in 2025. That’s roughly the combined size of the economies of the United States and China today.

Lynn Taliento is an Expert Principal at McKinsey & Company in Washington, D.C.

Anu Madgavkar is a Partner in McKinsey Global Institute. 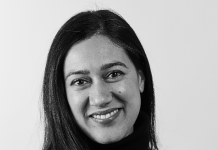