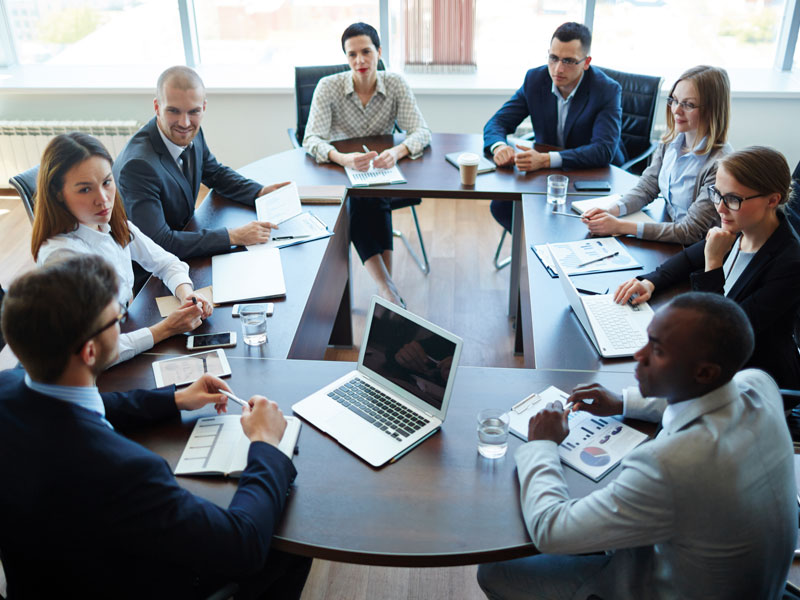 Today, innovation is not limited to products, but includes business models. Boards can play a critical role in shaping a balanced ambidexterity, raising the company executives’ strategic attention on the future prosperity of the company.

If you were to ask your Board “What are your main priorities?” chances are high that the response contains the terms “strategy” and “innovation”. In other words, formulating a strategy and setting a plan in motion that ensures the company’s prosperity in the long term.

In fact, a recent study at Yale School of Management has found that the average lifespan of a S&P company dropped from 67 years in the 1920s to 15 years today. On average a S&P company is now being replaced every two weeks, and an estimated 75 percent of the S&P 500 firms will be replaced by new firms by 2027.

Poking further, most Boards will also agree that in the face of rapid technology advancement and digitalisation, this is not only an R&D job, but increasingly means putting innovation at the centre of the overall company. Hence, today innovation is not limited to products, but includes business models. So it requires cooperation and collaboration. Innovation should be everybody’s concern!

So far so good. Yet, we observe that Boards frequently fail at spending enough quality time on the innovation strategy of the company. Given their fiduciary duty vs. shareholders, ensuring the long term company’s survival and prosperity is the very essence for which Boards and CEOs are paid. In fact, in many countries, board members can be made personally accountable by law if they negligently fail to make the business fit for the future.

Boards are packed with smart and experienced people who could provide quality input to the future of the company.

Why do they not deal with this challenge appropriately? Boards are mostly composed of highly respected, former and active CEOs or representatives of investors. They focus on the financial performance of their companies. That’s like driving a car by looking into the rear mirror.

In addition, the agendas of Board meetings are packed by operational items like approval of financial reports or risk management compliance items. Or the same agendas must cover pressing issues that need formal approval like the authorisation of investment decisions over a certain threshold. The topic of strategy is usually addressed by the CEO in a presentation style, i.e. sharing with the Board a super-executive summary of the company’s strategic plan with a time lot constrained by the other pressing agenda items.

This is a pity. Boards are packed with smart and experienced people who could provide quality input to the future of the company. It is not only an opportunity, but a “must do” for the board members of many countries due to their fiduciary duty vs. shareholders.

The business routine of today “kills” the focus of the management on the future. The risk of missing the next strategic and innovation S-curve is high and there are many emblematic cases and horror stories. For example, Nokia’s former CEO Stephen Elop said “We didn’t do anything wrong, but somehow, we lost” after Nokia was devastated in a few years by Apple’s iPhone and more in general by the new smartphone S-curve. Elop, however, is wrong. Nokia failed to foresee market trends and shifting user needs. Like in the computer industry earlier, the value creation moved from hardware to software. Nokia was good at designing and engineering physical devices. In fact, the company had been working on touch screen phones since the nineties. But they had nothing to fight off Android and iOS which opened a whole new world of apps and utilities to Smartphone users.

The Board should always have a clear innovation roadmap and portfolio strategy for the long term, which can be dynamically updated based on external changes.

Luckily, there are some exceptions – most of which at companies that have been around for a long time. DSM for instance – a company which has been constantly reinventing itself. DSM stands for Royal Dutch State Mining. Indeed, the company was founded in 1902 to mine coal in the Dutch province of Limburg. The last coal mine in Limburg closed in 1973. How did they survive and even prosper becoming a €8 billion turnover company? By reinventing its products range again and again and adapting the organisation and business models accordingly. The red thread for their journey was the carbon atom. DSM started with mining carbon as coal, then morphed into producing chemicals from coal, then moved to petroleum as a source for carbon atoms. At that time coal mining became irrelevant for DSM. In parallel they moved up the value chain from basic materials to simple chemicals to polymers and complex bio-chemicals. Today, they produce products for nutrition and health for humans and animals like vitamins, and high performance materials for many industries (like Dyneema – the world’s strongest fiber). DSM reinvented itself multiple times in its history, ensuring the company’s prosperity in the long term. So, it can be done as proven by DSM but this seems more to be an exception than the norm. Why?

Striking the right balance between managing the current and developing future businesses at the same time is one of the biggest challenges for management. Under constant pressure of quarterly earnings, executives tend to focus too much on the day-to-day operations.

Boards can play a critical role in shaping a balanced ambidexterity, raising the company executives’ strategic attention on the future prosperity of the company. Boards should not be “killed” – like executives – by the routine of the current business and the related pressing agenda items. They have the right and the duty to act as constant stimulus to the CEO and management of
the company.

They should lead the discussion instead of becoming passive recipients of agendas proposed by management. To guide the conversation, we have designed a set of five simple questions to ask management. 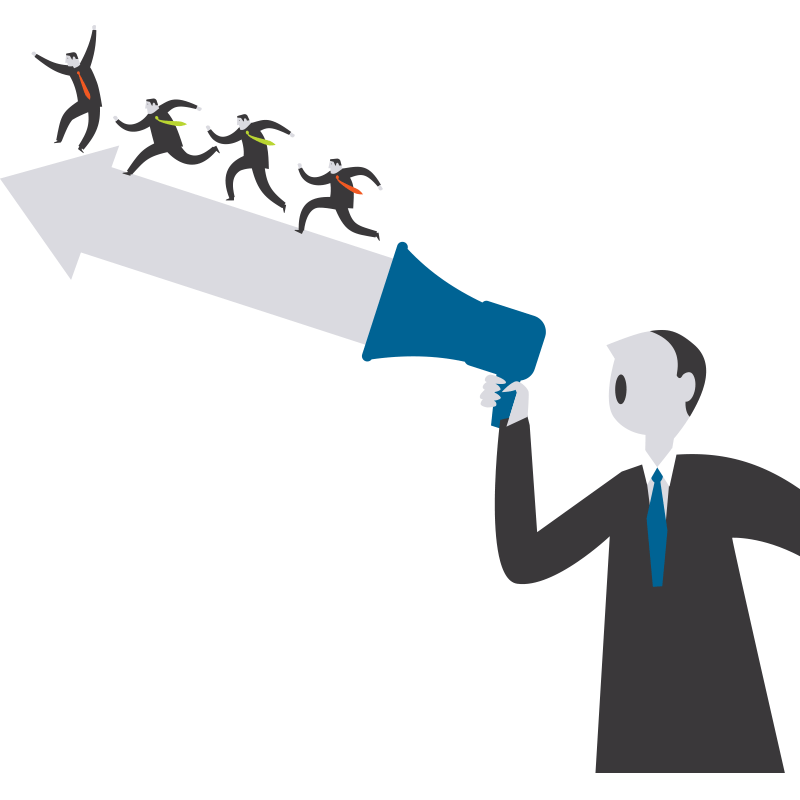 The five questions Boards should ask to lead Innovation

2. What is the company’s innovation strategy to address above threats and opportunities?

To answer this question, managers don’t need to know exactly what products the company will launch in 10 years from now. However, the Board should always have a clear innovation roadmap and portfolio strategy for the long term, which can be dynamically updated based on external changes.

The nice slides presented to the Board should have investments, real dollars behind it, which are included in the budget and strategic plan of the company as clearly identifiable items. Asking for “ring fencing” can protect these long term investments by the inevitable cut frenzy of the quarter when earnings are not on target. Boards should also ask for early reviews on how the money has been spent.

4. Do existing culture and skills support the future?

Changing culture is a multi-year journey. Boards should develop their own view on the current culture and people skills and if they can sustain the future. If not, they should act as stimulus to the CEO and management to initiate a rejuvenation program of the company. Keeping in mind that culture and skills transformation of multi-billion companies can take up to 10 years.

5. What is the progress?

Boards should ask regularly about progress, measures and how we are doing vs. existing and new competitors to attain our desired future. If there are gaps, which are the plans to close them. Boards should also ask for the lessons learned and how management intends to use the learning to revisit the innovation strategy and roadmap.

Asking these five questions to drive company’s management toward a more balanced short vs. long term focus is probably one the most valuable roles that modern Boards can play.

This is their ultimate fiduciary duty mandate vs. shareholders. So, why not? We just need a wake-up call to get started.

Alessandro Di Fiore is the Founder and CEO at ECSI (European Centre for Strategic Innovation) and ECSI Consulting based London.

Dr. Joachim von Heimburg is an independent Innovation Architect helping companies to improve their innovation processes. He is the founder of the Open Innovation Alliance (OPINA). 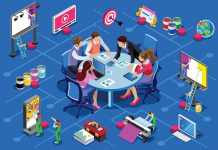 All You Need To Know About Creative Workflow Management 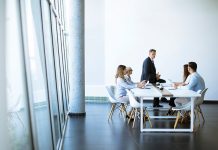 Covering Blind Spots. Does the Board have the Right Information for Effective Decision Making? 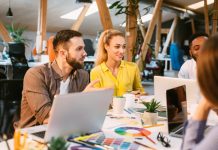 15 Tips for Marketers to Effectively Communicate with Designers