By Fang Liu and Willem Smit

The battle between Coca-Cola and Pepsi1 has been one of the longest and most arduous in the history of brand competition. Over the years, these cola wars have been fought over distribution, mass-advertising via in-store competition, sports event sponsorship and video game integration. Now, with the emergence of social media, the war reignites on a new battlefield. We present the cola war in social media in two countries – the U.S. and China – and draw insights for companies trapped in a social media dilemma on how to compete with your rivals, build a consistent and coherent brand image online and offline, adapt your social media strategy in different cultures and aim for both short-term and long-term return.

Reasons to invest in social media marketing
Globally, the golden age of the cola carbonate market is over. Traditional cola drinking countries such as the U.S. still have high consumption per capita but have seen and will see negative volume growth since the beginning of the millennium. In traditionally low consumption countries, the growth rate is expected to slow, as in China where, although the volume growth was plausible – 7% from 2005 to 2010, the growth rate is forecast to slow down to less than 1% and the consumption per capita is only one twentieth of its U.S. consumers. (See Table 1) Understandably, to generate further growth, both Coca-Cola and Pepsi have diversified into the healthier drinks market, with drinks such as tea, but neither of them is ready to give up the cola market yet. The cola market is their signature product and a strong position here is important to reflect both firms’ corporate umbrella brand. Future growth in the cola category needs to come from higher value and higher prices and market share increases. Branding will play an important role in creating a superior image and extracting that intangible value. These are not reasons to let the strong positions in these cash cow markets erode.

As two marketing giants, Coca-Cola and Pepsi are also leaders in social media branding. We shall discuss their practices in the U.S. and China – two totally different competition environments – and their relative successes and failures in pioneering social media marketing. 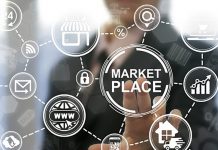 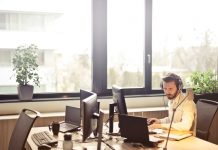 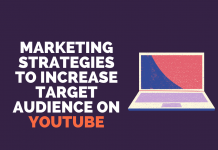 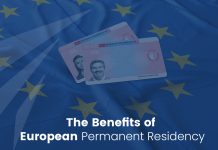 Lack of Safety or Sheer Complacency? Are We Overlooking the Obvious?

Most Profitable Ideas for Online-Only Entrepreneurs

Are there any times you should cancel your life insurance policy?

A Buying Guide for Sodium Tripolyphosphate

How Much Traffic Your Website Gets: Use These Tactics

How to Find Reliable Suppliers of Poly Naphthalene Sulfonate?

“Let’s have a chat” Strikes Fear in Workers

4 Things Every CEO Should Know About Business CyberSecurity

Why It’s Time to Improve Your Online Reputation

Keeping Resilience in VUCA era: The Organization Should Learn from the Water’s Wisdom

Agile Anarchy is the Name of the Future

Select out: Why selection often goes wrong and what to do about it

Should Glasses be Bought Online

How technology revolutionised one of Britain’s favourite hobbies

BestGameHosting Has All The Game Hosting Providers For Every Game

5 Things to Remember When Training as a Horticulture Staff

Online Streaming: The Digital Trend That Is Transforming the Gambling Industry