As we start 2017 we look back to 2016 to consider some of the interesting events that will continue or influence the New Year. The Trump election and Brexit in the UK promise to dominate much of 2017 and beyond. Interestingly the youth involvement in these events cannot go without mention.

2016 may go down in history as the year of the political awakening of the Millennial generation. The oft perceived general lack of interest in politics by this generation changed during the presidential election in the USA and political upheaval in the Labour Party in the United Kingdom, when young people positioned themselves in a political face off with established political demagogy.

In the UK, young people were visible in their support for Corbyn and in the USA they rallied around Bernie Sanders. However, much to the chagrin of those who followed him, Sanders capitulated to the crushing embrace of the Democratic Party, leaving newly awakened 21st century baby activists rudderless, leaderless, purposeless and agenda-less. We hope that the same fate will not befall the Corbynites when Corbyn decides to do whatever is required to win the general elections.

It is true that the Millennials have not particularly engaged with politics. It is the youth who demand change to the social order: they are revolutionaries. But Millennials have not had any fervour for political canvassing, organizing, marching or the protests of previous generations, no seismic social movement except of course in social media. It is not from apathy or lack of passion or interest. It is rather because their energies have been dissipated, their passions hijacked and diverted into humanitarian programmes promoted by endless lists of NGOs to alleviate suffering, stop FGNs, help “witch children” and all manner of social and health problems in all corners of the earth. They are distracted from politics to serving the needs of humanity at home and abroad. Wherever you look, there is an NGO catering for all imaginable causes. But NGOs are not political movements.

Millennials believe they can effect change in the world volunteering to do good at home and abroad. For $3,000 dollars, Millennials from their early teens can buy 2 weeks abroad, one week moulding bricks for a library building for an orphanage and the second week on safari for their sweat. From there they graduate into voluntourism and the volunteer economy. They graduate to summer camps helping children with HIV and another two years or so volunteering after university. From there they may go on to start their own Foundation giving back and throughout life they continue to give back, sponsoring a child, a monkey whatever for $3 a month complete with photo updates. They are full-fledged members of international rescue brigades, health brigades, food brigades, education brigades, you name it. They are the true Coca Cola generation, “teaching the world to sing in perfect harmony”, spreading love and saccharine around the world, while the noose tightens at home.

By the time they were born, the big political issues of the 60s and 70s, civil rights, abortion etc were settled. Even a Black man became president. It seemed there were no more causes for the young except to go and help the poor and the underclass of the world. By the time they came of age, the grassroots structures of the civil rights movements, environmental movements, trade unions had all been dismantled and crushed by successive governments of the right and of the left with a steady rise of state power. And until the threats of erosion of rights and privileges started to bite into the privileges enjoyed/expected to be enjoyed by the millennials such as access to jobs (following a university education), credit, mortgage, freedom of movement, they were assured that their excursions in the world would guarantee social justice and universal peace and harmony. In 2016 they woke up.

And now that they are awakened, what next?

They lost the fight at home, instead their worst nightmare came true. Abandoned by their heroes, they stand ready for action, but they know not how beyond their twitter hashtags – #Occupy, #BlackLivesMatter, #notmypresident etc.

The generation brought up on social media must now accept the real work for change, of influencing politics and policies, of limiting state power and curbing political excess lie outside electoral politics, it lays in strong leadership, strong movements and continuous participation. Volunteering for NGOs, posting on social media, organising around Twitter hashtags, without more, will not create the caring society that the Millennials dream of. 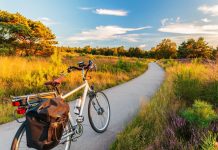 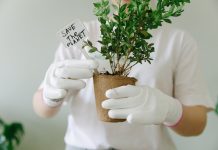 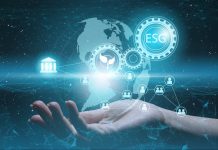 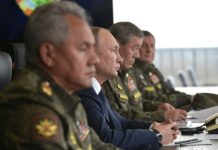 The Russian Federation, President Putin and the Russian Military are Financially Liable to Ukraine and Its People for All Damages Suffered as a Result... 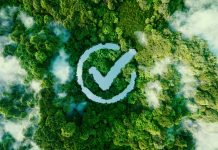