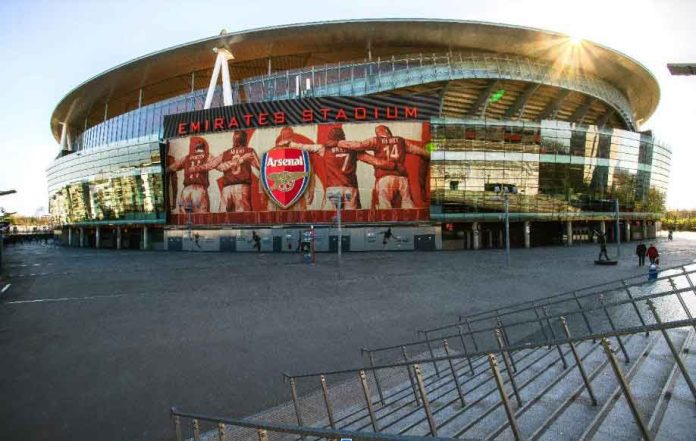 Having once again been made to work for a narrow home win against lesser opposition, it’s fair to say that Arsenal haven’t exactly set the world alight in their last two matches. Successive 2-1 home wins against Fulham and Aston Villa respectively might not look like much on paper, but in truth, those games might do a whole lot more for the Gunners’ morale than if they had strolled to victory on both occasions.

In each of the two games, Arsenal found themselves in sticky situations. Against Fulham, it was Alexander Mitrovic who made his presence felt to lash the ball past Aaron Ramsdale to give the visitors the lead midway through the second half, while against Villa, Douglas Luiz embarrassed the Arsenal goalkeeper to score straight from a corner and cancel out Gabriel Jesus’ first-half opener.

In the past, this Arsenal team would likely have failed to win both of those games, but such is the mentality Mikel Arteta has now instilled at the club, on each occasion they were able to find the inner strength needed to get the three points. In the Fulham game, goals from Martin Odegaard and Gabriel sent the Emirates Stadium into raptures, with Arsenal showing great resilience to hold on for victory. Then, having been pegged back by Villa, Gabriel Martinelli wasted no time in going up the other end and restoring order with a fine finish.

Five wins from five represents Arsenal’s best start to a Premier League campaign for some time, and it will be interesting to see whether they can maintain their form throughout the course of the campaign. They have had a relatively favourable run of fixtures to begin the season, but it is not so much the results as the manner of the performances that have been so impressive for Arsenal.

It’s clear that Arteta now has a team that is built in his image — with each player pulling in the same direction and towards the same goal. It is a young, hungry squad of players playing for a young, hungry manager, and that collective passion and desire for success is evident in the way that they play. Yes, Manchester City are the odds-on favourites in the Premier League winner odds, but this Arsenal side are showing that they won’t roll over for anyone and will fight tooth and nail to get three points each week.

The great Arsenal sides of the past have been experts in winning ugly, a characteristic that has been lost in the last decade or so at the club. Too often, Arsenal’s softness has been exposed, as exemplified by the many heavy defeats they have suffered at the hands of the likes of Manchester City, Liverpool and Chelsea.

Now though, this is an Arsenal team who won’t be swept aside, and who won’t drop their heads if at any point things don’t quite go their way. Against both Fulham and Villa, Arsenal were happy to dig deep and find the answers to the questions posed to them by dogged opposition. These weren’t exactly highlight-reel performances, but they were full of determination and a never-say-die attitude.

If Arteta’s team can sustain the standards set in these opening five matches of the campaign, then there’s no reason why Arsenal can’t compete at the top end of the table. So far, they have shown all the qualities needed to mix it with the best.