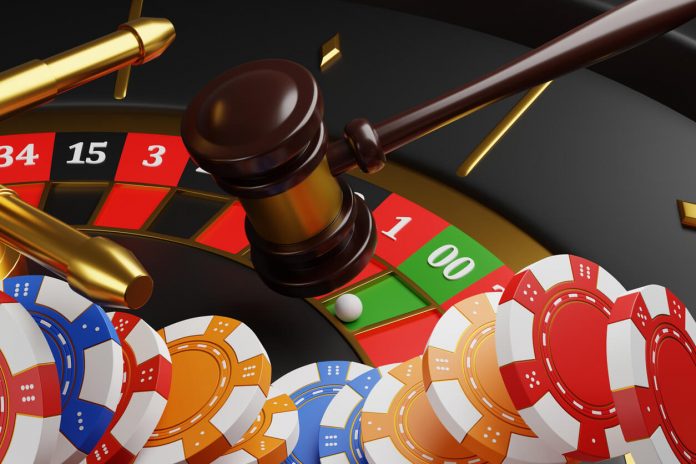 The UK has one of the biggest iGaming markets in the world. In 2020 alone, gambling companies generated revenue of over £14 billion. While legislation exists, in the form of the Gambling Act 2005, the UK is vastly different to other countries when it comes to iGaming and gambling.

The legislation in the UK does not seek to criminalise online gambling: instead, it seeks to ensure that the industry is fair and safe for its users. The issue with the legislation is that it is now over 15 years old. Technology has developed at a rapid rate meaning that online offerings have grown. Many charities and organisations feel that current laws just don’t go far enough.

The UK Government pledged to review gambling laws back in 2019. Numerous delays have meant that this review has yet to transpire. It now appears that we will get our first glimpse of proposed changes in the spring of 2022. Here we’re going to take a look at the changes that we are likely to see. We are also going to consider the calls made by campaigners and if any proposed changes are likely to go far enough.

When the UK passed its Gambling Act 2005, it brought into existence the UK Gambling Commission. This body was launched in 2007 to ensure that operators in the betting and iGaming industry were operating fairly, within the legislation, and acting to protect their customers. The legislation has always been centred on protecting those who are young and/or vulnerable. The powers held by the Gambling Commission mean that it has the ability to tweak rules and issue guidance. Recent changes made include:

Increasing the age for the National Lottery

The National Lottery had always seemed to be a slight anomaly. Here was something that allowed players to win millions of pounds, but yet it could be played by those who were 16. Concerns around gambling have often centred on not making the activity appealing to youngsters, yet the National Lottery did just that.

Change came in 2021 when the minimum age was brought in line with other gambling activities. By increasing this to 18, the hope was that youngsters wouldn’t form unhealthy habits at a young age.

2019 saw a £2 betting limit being introduced for live terminals. The hope here was to remove the level of impulse betting and prevent people from developing unhealthy gambling habits.

VIP schemes are common in iGaming. The Gambling Commission had concerns over these and whether or not they were posing a risk to players. This meant that tighter controls and guidance were introduced. The comments that came with this guidance clearly stated that unless it was followed, VIP schemes would see an outright ban. This means that responsible gambling sites like these on Compare.bet now have an added duty of care when it comes to their VIP members.

Why have we spent time looking at changes that have already come into play? The reality is that charities and campaigners do not feel that these go far enough. The chances are that what has recently been introduced is a precursor for what is to come.

Why the need for a review?

UK legislation dates back over 15 years and, to put it simply, a lot has happened in this time. Those who play at online casinos can not have failed to have noticed how the quality of games has improved. Developers have exploited the latest in technology to create games that offer a fantastic playing experience. Operators have also added live sections to their online casinos offering players a life-like playing experience. What has also happened is that we have seen a boom in the number of operators on the scene. With so many sites to choose from, sites have become more competitive with their offers in the hope of building their customer base.

The 2005 legislation was written in a different time. A time when online casinos were not so popular. A time when gambling took a degree of effort. As things stand, with online casinos and mobile casinos, it has never been easier to place a bet and play casino games.

What are campaigners calling for?

Campaigners and charities are clear that they do not believe that current measures go far enough. They believe that iGaming poses a significant risk to players who find themselves embroiled in addiction and destructive behaviour. The latest figures suggest that just 0.5% of those who gamble are actually problem gamblers. However, the fact that this can lead to family breakups and even suicide means that the figure is still too high. Here’s a look at some of what campaigners are wanting to see:

An end to free bets

Most online casinos run promotions whereby you make a deposit and then receive free funds to play with. Some even offer no deposit bonuses. The worry is that these bets entice those who have a deposition to addiction. They provide a gateway to further problem gambling. Luke’s Law is driven by the fact that such an offer ultimately led to addiction and suicide.

A review of advertising

While there are already rules around iGaming ads that aim to protect the young, campaigners feel that these do not go far enough. There is still a real risk of exposure on social media platforms and they are seeking laws that tighten this up.

What are the Government’s thoughts?

The widely anticipated white paper may have faced delay after delay, but that is not to say that change isn’t coming. In fact, the Government is clear that it will act to tighten up laws and to ensure that those who are vulnerable are provided with adequate protection.

What has been promised as part of the upcoming review is a tough crackdown. There is an intention to introduce strict affordability checks to ensure that vulnerable people are not left to fall into financial ruin.