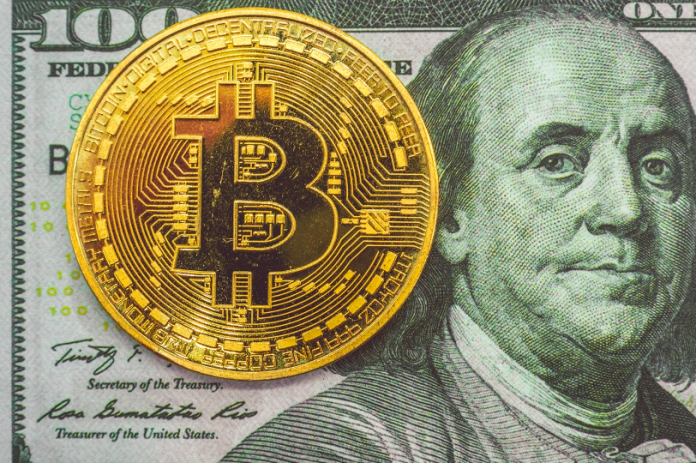 Ever since the beginning of the pandemic, almost everything including the economy has faltered except perhaps Bitcoin which has enjoyed a dramatic bull run. The digital asset managed to reach new record highs, earlier this month. And with impressive surges and gains, the old debate, regarding the possibility of bitcoin becoming a global currency and ending the dollar’s reign, seems to have sparked again.

However, the US dollar is as mighty as ever. Despite the talk of wavering American supremacy, the dollar has successfully ruled as the medium of international trade, continuing to be the anchor against which other nations value their currencies.

It is unlikely that Bitcoin will replace the dollar as the world’s dominant currency or at least not anytime soon. Bitcoin does have many money-like qualities as well; payments can be made with it, to buy day to day items.  All you need is a seller that is ready to accept payment in bitcoin. And due to all the buzz surrounding bitcoins, many sellers are willing to do that.

Bitcoin does, however, have something that other commodities do not, something that is vaguely sinister, which may in fact have been a driving force behind its increasing popularity;  Bitcoin allows its holders to complete transactions anonymously.

On the other hand, one reason why bitcoin taking over the dollar seems like speculation at best is that the maximum number of bitcoins that can exist is fixed, capped at 21 Million. But it is a well-known fact that the supply of money needs to expand in order to meet the needs of a growing economy. Since there can only be 21 Million bitcoins, it makes its chances as the superior currency very low.

Another crucial reason, behind bitcoin not being a viable alternative to fiat money, is its highly volatile and unstable nature. Granted, the value of the dollar fluctuates as well. Its worth in terms of foreign currencies changes frequently on currency exchanges, and inflation has eroded its value significantly in terms of real goods and services.

However, drawing parallels with Bitcoin, the dollar is a model of stability. Inflation, on average, runs around 2% annually and the changes against other currencies attract attention only if they amount to more than 5%. An investor holding assets in dollars will have a pretty good idea about the future value of holdings in a year or more. Simply put, the dollar remains a stable and superior store of value.

Shifting attention towards Bitcoin, in 2017 it surged recording a growth of about 350% in terms of dollars. Unfortunately, it gave back all these gains in just a matter of months. Considering just the month of January in this year so far, Bitcoin was able to register a record trading price of $40,000. But only half an hour later, it plummeted to $36,000.

Such wild swings go to show that Bitcoin is certainly not a stable store of value. Nevertheless, these price gyrations are also what makes Bitcoin so incredibly attractive to speculators. Especially with the increasing availability of trading programs that allow users to take advantage of these crypto booms. Therefore, if you invest with Bitcoin Champion, one such trading program, you don’t even need to be an active trader to take advantage of price surges resulting from the volatile nature of the market.

It gives people no way to plan their future as an acceptable currency must due to the excessive amount of uncertainty involved. Conversely, if the dollar is less stable in terms of real goods and services or doesn’t have a value as high, it still has a better track record and ultimately is a better store of value than Bitcoin, giving it an edge as a currency.

There can be little doubt that many Bitcoin fanatics will point out, saying that the massive fluctuations in the dollar price of Bitcoin speak of the dollar’s instability rather than Bitcoin’s. And that may have even been a compelling argument if Bitcoin and the dollar were the only two measures on earth. But, by contrasting their movements against, say, per capita income, it is equally apparent that the movements in Bitcoin’s worth fluctuate far more.

Perhaps someday, Bitcoin will be successful in becoming widely accepted and be able to acquire a stable value in real terms. Maybe then it might be strong enough to challenge the dollar and get established as an independent international standard. But for now, bitcoin remains a volatile commodity, and its replacement as a global currency sees to be a distant dream.