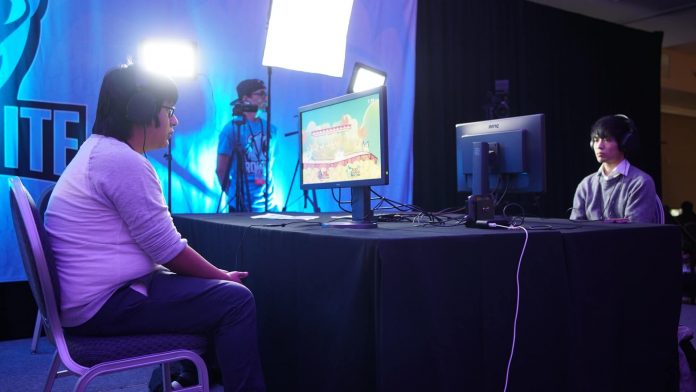 With the world markets comprehensively covered by investments, it’s not often that a brand new opportunity presents itself.

However, in recent years that’s exactly what has happened with the emergence of esports. No longer just a hobby confined to teens locked in their bedroom, esports is big business.

In some portions of the population, esports is already outstripping traditional sports, but it still has the potential to grow much bigger. Worth $1 billion in 2019 and projected to reach $4.28 billion by 2027, esports is predicted to grow by 400% in the next seven years.

This growth and expansion is why esports is the next big move for savvy investors. Understanding the market and what to look for is essential if you want to be on the winning side and avoid the pitfalls. Here’s what you need to know.

You may have heard the term esports before but been unclear about exactly what esports are. Very different from traditional sports, you don’t need to be able to run or jump fast to succeed in esports as it’s all done online.

Baseball, football and basketball are all top examples of traditional sports. In contrast, some of the top esports include Fortnite, Call of Duty, League of Legends and CSGO. Video games which are played online competitively, esports are enormous business.

There’s already a thriving market of players and those who want to bet on the outcomes. There are a number of places which offer betting on sports online, such as Unibet, Sky Vegas and 888sport. This allows people to bet on online tournaments and follow their favourite teams.

Just like traditional sports, there is a wide range of bets available. This includes the basic win/lose bets but also more diverse in-play options such as first kill and first map. The in-play bets available depend on the game being played. Titles such as ‘League of Legends’ and ‘Counter Strike: Global Offensive’ carry a lot of different options.

The esports market has already rocketed in value, but despite already achieving enormous success almost overnight there is still a lot more upside. Almost everyone who watches esports also plays it and more people than ever before have their own gaming PCs and home set-ups. All of this adds up to over 2.7 billion gamers in the world, the potential is like nothing we’ve ever seen before.

Esports is already big business – and it’s continuing to grow at an explosive rate.

How to Invest in Esports

The potential within esports is undeniable, and its move from a fringe pursuit to a mainstream activity challenging traditional sports for dominance has been relentless. Many investors have already jumped on board, eager to reap the rewards which are clearly up for grabs.

However, esports are no different than any other market and there will be turkeys that fail among the golden successes. That’s why it’s vital that you do due diligence before investing, just as you would with anything else.

Not every game will make it to the upper echelons of esports tournaments. Sticking to titles which are already a success is a good strategy. This includes League of Legends, Fortnite, Counter Strike: Global Offensive and Dota 2. Other up and coming games which are showing real promise in the esports world include Call of Duty: Warzone and Valorant.

Investing in the team itself can require big bucks, and the average investor won’t have the funds. However, it’s possible to buy stocks and shares in gaming companies and this is a much easier way to profit from the surge in the market. Look for those who have links to successful games, such as Activision Blizzard and Tencent Holdings (Overwatch/Call of Duty and League of Legends/Fortnite respectively). Another good avenue is the companies that provide the technology and accessories, such as Logitech and NVIDIA. A more volatile punt could also be the streaming services; placing bets on esports and watching tournaments has meant streaming services are vying for the rights. As interest in watching esports continues to grow, there will be even greater demand for streaming play.

However you choose to invest, be certain to do your homework in advance and you could be reaping the rewards of a market that’s set to boom!