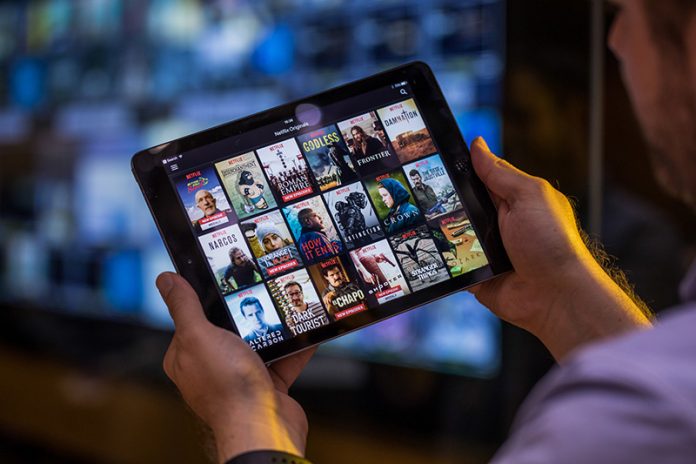 Streaming videos are becoming increasingly popular. As can be seen, people have completely abandoned their cable subscriptions in favor of streaming content online.

According to the latest statistics, over 232 million Americans stream video content regularly, or around 50% of the total population.

Want to know more? Check out howtowatch for more statistics over streaming content.

People are under the impression that streaming is legal as long as you don’t download the content, but this is not always the case. There are some serious consequences for streaming unlicensed video content.

If you don’t want to pay for Netflix, Hulu, or Amazon, many sites let you view videos for free. But, these sites aren’t always legal and are even dangerous because they host content that can lead to malware attacks and identity theft.

Related: See what europeanbusinessreviews think about streaming vs. torrenting

This article will explain how streaming works, the difference between streaming and downloading. Moreover, it can be dangerous for you if you end up on the wrong side of the Internet. So let’s get right into it!

What’s the Difference between Downloading and Streaming?

Many people are still not aware of the difference between downloading and streaming. They are only concerned about what they want to watch. Either it’s from the comfort of their home or on the go.

Downloading and streaming are different ways of watching the same content, but each has its own set of advantages.

For example, downloading allows you to store the content on your device, which you can watch again and again, while streaming-only allows you to watch it once.

Yet, the Internet has made it easier than ever for fans to access their favorite content. For example, a consumer can download an entire TV series, single episode in a few clicks, or stream the same content in high-quality.

But is it legal?

With downloading, you are copying a file from a website or server onto your computer so you can watch it later.

But what about streaming?

How Is Watching Streamed Videos Illegal?

Most people assume that streaming videos are a public domain, but it is a bit more complicated in reality.

When it comes to streaming videos of other content, make sure you have their permission to share their content. This way, you can avoid any legal issues down the road.

But, streaming videos can be illegal in Australia due to The Copyright Amendment passed in 2018. This law protects digital content online, and the streaming and downloading of copyrighted content are illegal.

So this makes streaming services that allow downloading free content riskier. Because these sites stream copyrighted material as well as host their original material. So they could be violating the Law.

Simply watching a video on any site that hosts pirated content is illegal under this law. So you are not likely to succeed if you watch content from torrent sites like Demonoid, EZTV, YTS, RARBG, and Putlocker.

For example, a blog on HK Lawyer reports that over 71 million viewers watched it on its first day when Game of Thrones’ final episode aired. Similarly, over 75% of them watched it through a pirated stream.

With that in mind, that’s approximately 2.13 million viewers who may have committed a crime. In contrast, if you have a valid subscription for streaming, then you’re fine!

That said, the streaming services do use an external provider to check for copyright infringements. But that is still not enough to guarantee if they fully comply with the law.

Streaming video sites are now the most popular way for users to watch videos online. The top two streaming websites, YouTube and Netflix, have a combined user base of more than 1 billion users.

It is an enormous market expected to grow even larger soon. Moreover, the barrier to entry is low, and the costs of creating content are low. So there are many options for the users to avail if they want to watch streamed content online.

Similarly, streaming services like Stan, Hulu, and Amazon Video are also a great way to enjoy premium content for a fraction of the cable price. With these services, you can watch TV shows and movies offline, on your schedule.

But streaming video can be a source of headache for those who are unwilling to pay. Thus, a curious invention called VPN has enabled bypassing geo-restrictions.

So when you connect through a VPN server in Australia, for example, you appear to be accessing the Internet from New York even if you’re sitting in Australia. So now you can watch all the online content you want without having to foot the bill.