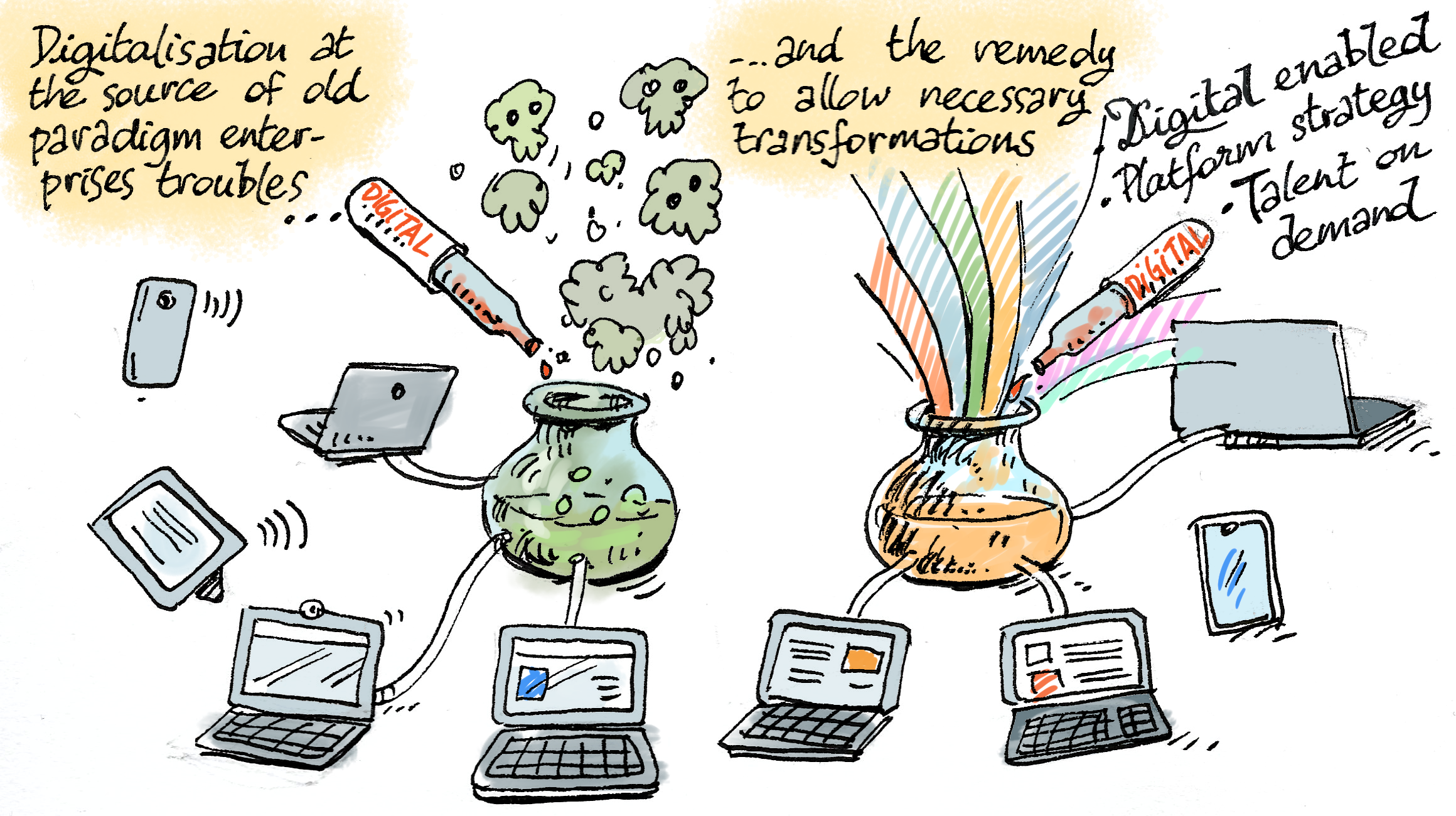 Last week, while I was in Oslo visiting a client, the receptionist at the hotel asked me if I wished to become a member of their “Club Carlson”. I automatically replied, “No, thank you”.

“But, sir, it’s free,”,he said, “and on top of that I’ll upgrade your room for free”, I’ll admit, I was seduced, and I agreed to join Club Carlson, just to have a better view from my room. But there was more. The receptionist explained that the next time I need to reserve a room, if I do it directly through the Club Carlson site, then, thanks to this magic key, I will be upgraded automatically, and for free! Wow! So… to what do I owe such a boon? 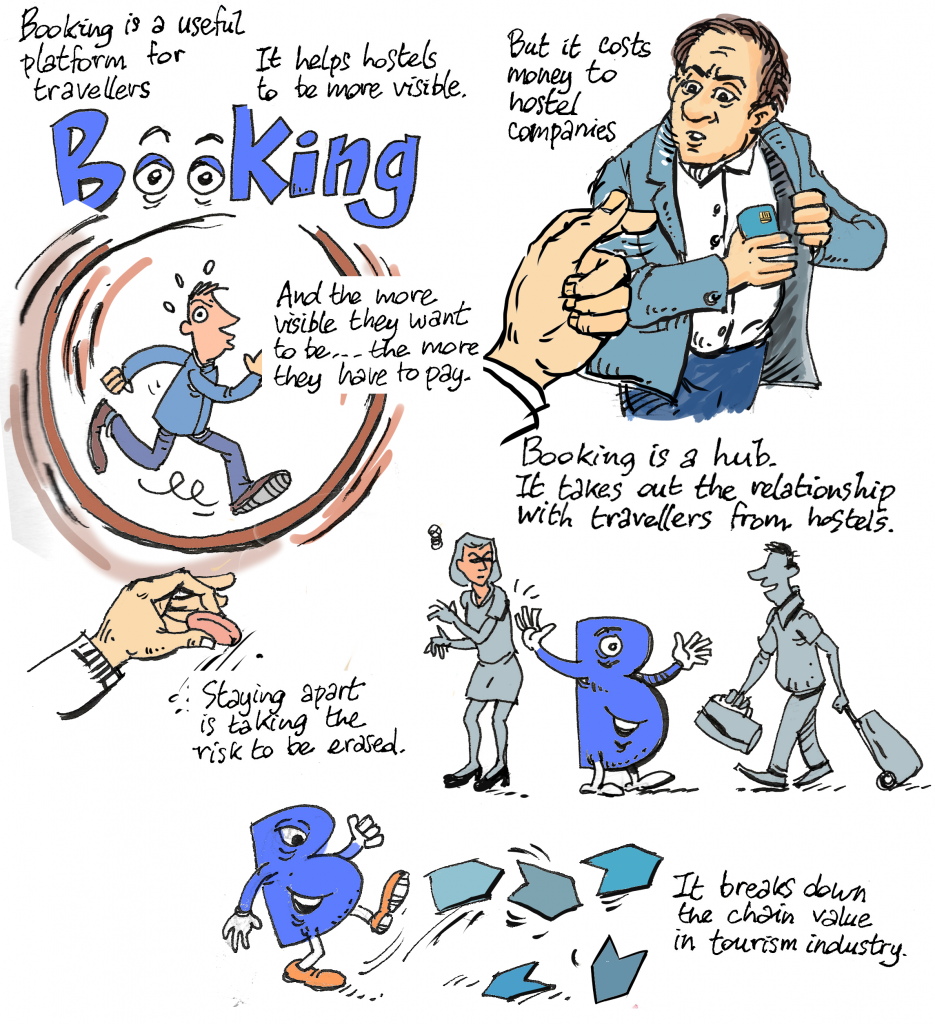 Club Carlson is, in fact, a survival kit. A kit for surviving what, you might ask? It’s a kit for surviving booking.com. Booking.com is twenty years old this year. But in all honesty, did you know this platform existed ten years ago? No, of course not. Today, however, I would bet that the majority of you use booking.com to reserve your hotel rooms. Booking has become a hub you can’t escape. What happened? When the service first appeared, hoteliers and hotel chains were salivating, because Booking was a synonym for new sources of business. Suddenly, everything was possible. Random Australian tourists could find a little bed and breakfast out in the middle of the Jura Mountains. But that was early in the game. Now that Booking is a hub, every hotel has got to be on Booking to survive, and they must pay for it. And now that every hotel is on Booking, the more visible a hotel wants to be, the more they must pay.2 Booking.com has captured the consumer connection, which used to be the province of the hotels – and in so doing, it has captured a great chunk of the profit margin that goes along with that relationship. Club Carlson is the hotel’s attempt to reclaim that connection with the customer.

Platform strategies are in fact one of the principal ingredients of a new form of enterprise. Of a new breed of organisation. I call them “open organisations”.

The example of booking.com perfectly illustrates the so-called “platform” strategy that is systematically implemented by digital stakeholders to disrupt a value chain. The interesting thing is that platform strategies are no longer the sole province of digital stakeholders. As we shall see, platform strategies are in fact one of the principal ingredients of a new form of enterprise. Of a new breed of organisation. I call them “open organisations”.

Digital as a Disruptive Trend

As I’ve written in my book Innovation Intelligence3 and in several articles,4 there are three main trends which are changing the rules of the game for businesses. Digital is one of them. Digitalisation precipitates the reconfiguration of traditional value chains. Fifteen years ago, the music industry was completely transformed by a digital stakeholder, Apple. Now, we’re talking about the transportation industry, the hotel industry, banking, insurance, and on and on; sectors that are essentially B2C. This is the first wave. But the second wave is coming: the same strategies are beginning to appear in B2B industrial sectors. GE, with its Predix platform, is now deploying the same strategy as Apple did with App Store, but this time with industrial applications.5

The Open Organisation: Toward a Definition

Open Organisations are the new norm for businesses. There are three subdivisions. The first subdivision includes businesses that appeared in the digital world around ten to fifteen years ago. Organisations like Google, Facebook, etc. are companies whose entire business is digital. They use a structure and ways of operating that are very different from the enterprises of the old world. For example, compared to an old-world firm of equal size, they have two or three fewer levels of hierarchy. Then you have the second subdivision, composed of recently founded industrial firms; organised like digital companies, they use digital to optimise their overall operations (Tesla, Space X, Local Motors, etc.). Their products or services are not in the digital sector, but they function like digital-sector businesses. Finally, the third subdivision consists of old-model companies which have successfully retrofitted themselves, or which are in the process of doing so. Here we find companies such as GE, which we have discussed in numerous articles.

I would like to be able to propose a precise and definitive definition of the open organisation, but as the time is not yet ripe, the definition I shall propose instead is appropriately tentative. An open organisation is one which implements the following characteristics: Digital Enabled, Platform Strategy, and Talent on Demand.6 Below, I will elucidate a few key elements of each of these characteristics. I will go into more depth in each one in future pieces… where I will also introduce other characteristics: User-Oriented Systems, Aspirational Purpose, etc.

All or part of the company’s operations are optimised via digital: client relationships, supplier relationships, industrialisation, maintenance, etc. The company doesn’t necessarily provide a digital service or product, but its use of digital techniques has won it significant gains. Perhaps it uses Internet diagnostics as a means of predictive maintenance, or to maximise the utilisation of physical assets. In Germany, for example, they’re predicting a 5 to 8 percent gain in productivity in less than ten years, thanks to manufacturing 4.0; this would translate into hundreds of billions of euros of extra earnings.7 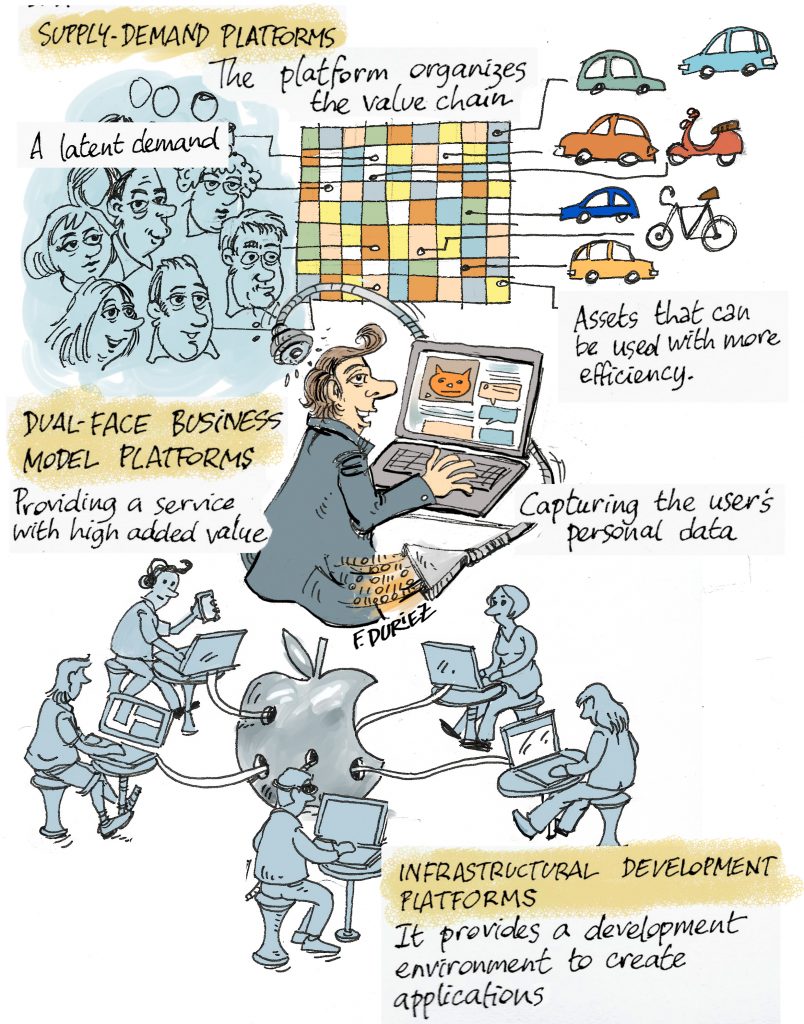 As the booking.com example illustrates, new-paradigm businesses use platform strategies. At this point in my analysis, I see three distinct types of platforms; they are not exclusive, however, because it’s possible to simultaneously implement one, two, or even three of these platform types:

The third characteristic trait of open organisations is the idea of Talent on Demand. Indeed, the businesses of the new world have honed the capacity to mobilise both in-house and external talent where it’s needed, for the length of a project. The example of DARPA is edifying – but there are many others.10 New-paradigm businesses have instituted structures and processes that allow them to gather the best talents around their projects, whether these talents come from within the organisation or from without. This certainly poses some contractual challenges (husbanding intellectual property, for example; guarding company secrets, etc.), but above all it poses organisational questions: How do you identify and mobilise talent for use as needed? How do you create trust on demand? How do you spark the collective intelligence you need when you need it? What new work spaces does this new way of working require? These new-paradigm businesses, although they don’t yet have all the answers, are hard at work on solutions. At the same time, the number of platforms that allow companies to mobilise talent on demand – over a system of highly varied verticals – has truly exploded. Some have become industry standards (Freelancer, UpWork, Presans etc.). But this will be the subject of a future article. 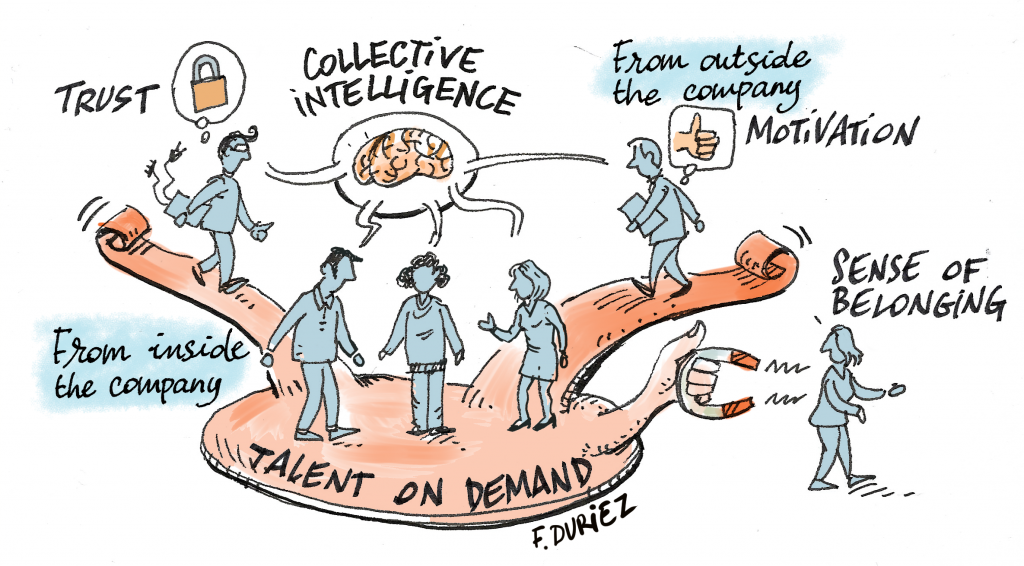 Digital : Pharmakon of the Open Organisation

To sum it up: I see digitalisation as a pharmakon. Which is to say it is both the poison at the source of the disruptions that old-paradigm enterprises are suffering, and the remedy that allows them to transform themselves and adapt and thus live on tomorrow among the survivors. This pharmakon is creating a new form of business enterprise: the open organisation, which is identifiable via a suite of defining characteristics, including these three: Digital Enabled, Platform Strategy, and Talent on Demand. 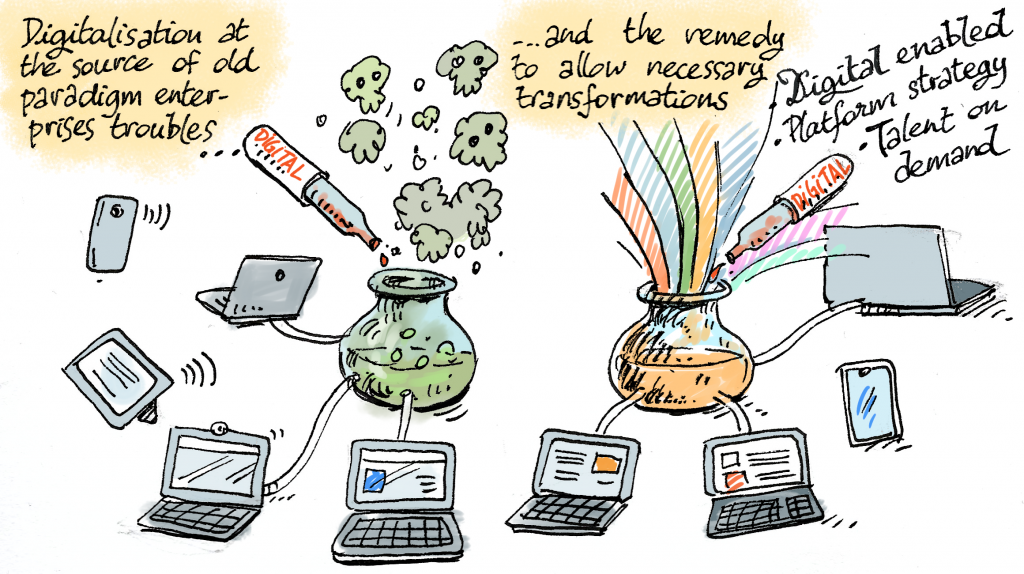 Albert Meige has been an entrepreneur since his teenage years, when he began by selling magic! He is now the founder and CEO of Presans, a global digital platform of experts. He is also the Director of the Executive MBA of the Institut Mines-Télécom. In 2008, the French École Polytechnique awarded him its Innovation Prize. He has authored several books in his area of expertise, including Innovation Intelligence (2015). 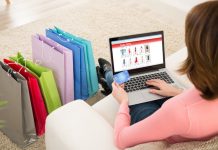 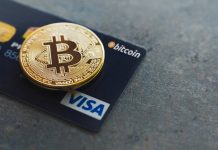