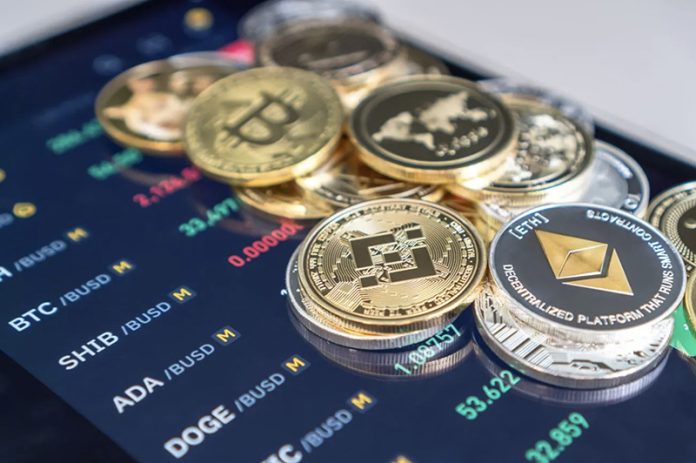 By Sofia Bobrik, the CEO of TechWaves

The beginning of a new year always inspires optimism in the finance market, and the cryptocurrency market is no exception. Expectations are particularly high after a year like 2022. But, no matter how much we all want the industry to recover, we must all be prepared to face any new challenges that may arise.

How can you prepare your portfolio for the potential events of 2023? Which of the trends from 2022 will continue to spread next year? What dangers should you think about before starting a new calendar? I provided my open projections and suggestions in this article.

The race between Ethereum and Bitcoin heats up

Ethereum (ETH) has been a serious competitor to Bitcoin (BTC) since its beginnings. Although the primary altcoin is nowhere near the latter in terms of market capitalization, the network’s use as a center for applications is undeniable. Ethereum has been a serious competitor to Bitcoin since its beginnings. Also, the Ethereum network’s importance as a hub for applications has made it the most widely utilized blockchain today.

In an effort to prepare itself for the future, Ethereum underwent The Merge this year, switching from the Proof-of-Work (PoW) consensus mechanism to the Proof-of-Stake (PoS), resulting in a very energy-efficient public blockchain network. While Ethereum is making headway in this area, Bitcoin has established itself as a safe-haven asset and is beginning to appear on corporate balance sheets.

Regular moves will continue to increase the value of Ethereum in 2023. And we may expect Bitcoin‘s price to rise to more than $40,000 next year, retaining its position as the most valuable digital currency.

The demise of the giants

The crypto business started the year on a high note. However, things began to go awry after the war. It shook the worldwide economy, and the ripple effect spread to the financial markets, affecting the crypto industry.

The market upturn and de-pegging of TerraUSD (UST) earlier this year caused the demise of Three Arrows Capital (3AC), while at the same time, Celsius Network and Voyager Digital filed for Chapter 11 bankruptcy in the United States. As if that weren’t enough, FTX Derivatives Exchange, the allegedly healthy crypto exchange behemoth, filed bankruptcy owing to a liquidity problem sparked by an expose about its unscrupulous business practices.

We should expect the FTX implosion to spread further in 2023. But this will not last long or be widespread, and investors will re-establish trust in exchanges and embrace those who have openly demonstrated their cash holdings.

More mainstream businesses are getting ready to embrace Web3 reality

More mainstream firms began to utilize Web 3.0 developments in 2022. Nike, Lacoste, Salvatore Ferragamo, and Budweiser all launched non-fungible token (NFT) collections in order to engage with their followers more deeply. Most retailers have begun to accept cryptocurrencies as payment, bolstering their balance sheets with Bitcoin, Ethereum, and stablecoins.

Critics feel that the assertion that blockchain and Web3 developments are becoming widespread is a mirage. However, given financial services businesses’ embrace of decentralized technology, such as JPMorgan’s Onyx platform, we can expect more corporations to ride this wave in 2023. Web3 is a trend, and businesses will follow it in order to expand, attract more attention, and avoid being left behind.

Global market regulators like the United States Securities and Exchange Commission (SEC) and the Financial Conduct Authority (FCA) of the United Kingdom are shining their beams more intensely on the industry than before.

This is necessary considering the billions of dollars lost from declining prices as well as the capital locked up in bankruptcy proceedings abroad. The call on the SEC for comprehensive regulation is currently being echoed by industry stakeholders and lawmakers.

According to a recent report by the Financial Times, the FCA has finalized plans to further tighten crypto regulations in the UK and will limit how foreign exchanges operate or ply their trade in the nation.

Globally, regulators will do their best to protect their markets from the mishaps that befell the crypto industry this year, and in 2023, we can expect more of these strict regulations to be introduced.

A look into the future

This year’s brutal crypto winter is not the end of the crypto ecosystem. It’s a way to separate the wheat from the chaff. Every day, new protocols are released, and we can expect the sector to grow even faster in the next few years. The world is currently incredibly unstable, and each industry, including IT, e-commerce, and energy, is undergoing a crisis in its own way. As a result, projects must be agile and develop answers to all potential scenarios. But one thing is certain: every crisis triggers a quantum leap in which only the strongest survive.

Sofia Bobrik, the CEO of TechWaves, a consulting company specializing in communications for blockchain, crypto, and fintech projects