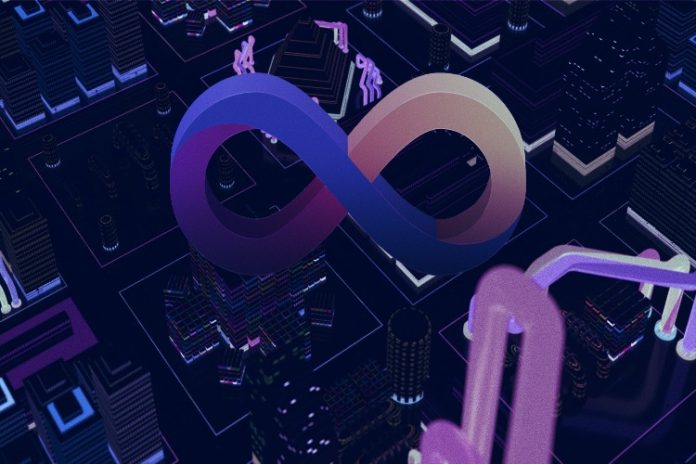 Nearly a quarter of businesses across the globe plan to spend up to $10 million on blockchain technology. With an increasing number of health care organizations, financial institutions, and even government infrastructure relying on the blockchain, it’s vital that we ask ourselves critical questions about the future of this technology.

After all, we transmit a tremendous amount of information online. So how safe is our data?

Jan Camenisch, the vice president of research and crypto at the blockchain nonprofit DFINITY, asks these tough questions. As part of his tenure as director of the DFINITY Zurich Research Lab, Camenisch is leading the charge for exploring the potential of cyberspace.

This isn’t a lighthearted expedition: Camenisch’s research shows that even something as secure as the blockchain isn’t foolproof, and malicious attacks can still hurt the integrity of this technology.

Through a series of academic papers and presentations, and in-depth research, Camenisch is cracking the code on the next stage of the internet — and creating a world where privacy violations could become a relic of the past. Learn more about Jan Camenisch’s research through DFINITY and its implications for the future of blockchain technology.

About DFINITY and Jan Camenisch

Founded in 2016, DFINITY is a blockchain nonprofit organization. It was founded by ethereum’s former technologist, Dominic Williams, with the goal of decentralizing the internet on the blockchain. Based in Switzerland, DFINITY is a truly global organization that reaches from Japan to the United States.

Of DFINITY’s 200-plus members, Camenisch is arguably one of the most influential. Camenisch has been writing about privacy since 1994, covering topics from encryption to anonymized credentials. In addition to his work with DFINITY, Camenisch serves on Sovrin’s Technical Governance Board. Before joining DFINITY, Camenisch worked as the principal research staff member at IBM Research, where he led its privacy and cryptography research team.

Today, Camenisch is a leading researcher in the field of privacy and cryptography. He’s received multiple awards over his long career, including the ACM SIGSAC (Special Interest Group on Security, Audit, and Control) Award for innovation and the Institute of Electrical and Electronics Engineers (IEEE) Technical Achievement Award.

Jan Camenisch’s Research and the Future of Blockchain

Camenisch has decades of experience in cybersecurity and privacy, but lately he’s focused his efforts on DFINITY’s flagship product, the Internet Computer (IC).

Learn more about Camenisch’s recent projects with DFINITY, the research that went into them, and how these findings affect the future of blockchain.

Humans might forget information, but computers don’t. In a world where apps generate (and use) too much personal data, we still have a hard time proving that a cryptographic protocol is even secure.

In Camenisch’s opinion, zero–knowledge proofs (ZKP) have the potential to secure our protocols in a much better way. They allow for modular cryptographic protocol design, which means the very building blocks of our applications can be more secure, right down to the glue that binds them together.

Thanks to ZKP, blockchain can prove information without revealing that information, shielding users from data theft.

Camenisch’s team believes the current structure of the internet is leading to a literal identity crisis for its users. Big tech like Facebook and Google are in charge of our identities, which means they own a lot of our data.

Personal data is too centralized, and today’s complex IT stacks mean it’s nearly impossible to guarantee that our data is secure. All it takes is a single line of bad code for a hacker to steal your personal information. And when all of your data is housed with one provider, like Google, it can have catastrophic consequences for your privacy.

What’s the alternative? Camenisch’s team worked with the Internet Computer to lock down user identities. Ultimately, the goal is to segment user identities into different arenas, including consumer, leisure, health care, work, and government. Each area of your life is segmented and separated, so consumer entities (like Netflix) can’t access your government information (like your Social Security number).

By minimizing the disclosure of your identity, the Internet Computer will make it possible to eliminate platform risk, decrease the cost of hardware, and even speed up the internet. It’s a win-win for both consumer privacy and a better user experience.

Cryptography as we know it isn’t very efficient: it’s expensive to do it in a distributed fashion, and it often requires multiple rounds of approvals. Even with the blockchain, it takes a lot of computing power to approve transactions, and there’s no guarantee you won’t be a victim of a fraudulent crypto transaction.

That’s why Camenisch’s DFINITY research group tried a different approach. Current applications aren’t built for the future. In Camenisch’s opinion, this is like trying to build a house in a new country when in reality, you’re building on another planet entirely.

Cyberspace is the next frontier, and although it has so much promise, it’s still full of dangers. Thankfully, the Internet Computer Protocol is now capable of creating a thick internet in a serverless cloud. This eliminates platform risk and locks down user information with more advanced cryptography.

Although cryptocurrency transactions are currently at risk, we can make them more secure. Camenisch’s team is working to find better, cheaper, and smarter solutions to make cryptocurrency a viable option for secure payments.

Securely Exploring the Reaches of Cyberspace

Why does cybersecurity feel like such an insurmountable challenge? It’s largely because we’ve built an infrastructure that, at its core, has no chance of being secure — ever. Thanks to research by Camenisch and the DFINITY team, however, there’s hope on the horizon.

By embracing a next-gen model for connectivity with the Internet Computer, users will stay protected and the blockchain will work more efficiently. It’s clear that we have a lot to learn about security in this new era of the internet, but with dogged determination from researchers at DFINITY, the future will be here any day.