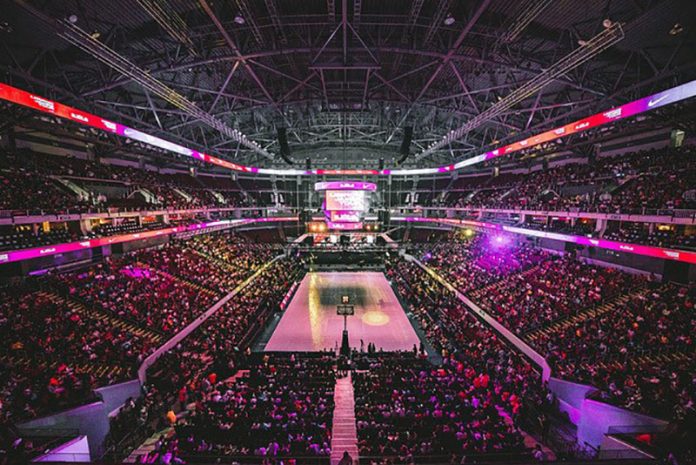 If you’re an ardent fan of basketball, you wouldn’t want to miss out on an action-packed game of the NBA (National Basketball Association). Whether you’re a fan of the Golden State Warriors, New York Knicks, Toronto Raptors, or Los Angeles Lakers, seeing the team live in action would mean the world to you, wouldn’t it? Having said that, you might also be worried about the ridiculously high prices of NBA tickets. So, when you want to get your hands on cheap NBA tickets, you’ll need to step up. This way, you can watch the game with full intensity without having to spend a fortune while savoring every single passing second in the court!

Los Angeles Clippers vs. Philadephia 76ers, Oklahoma City Thunder vs. Charlotte Hornets, and Los Angeles Lakers vs. Orlando Magic are some of the interesting upcoming matches you can’t miss out on during the 2022 season. Imagine how exciting it’ll be when you get to watch these teams take on each other for the coveted title! From watching the game live to witnessing your favorite team win the game, you couldn’t ask for more!

Now, when it comes to securing cheap NBA tickets, you’ll need to be able to know exactly when the right time is for purchasing these. That said, you should also know that ticket prices will vary with certain factors, like location, seats, time of the year, and more. So, if you want cheap NBA tickets for a match that you desperately want to watch, you’ll need to go through the match schedule carefully.

Tickets to your favorite team’s match might be cheaper in a less populated than a city where the population is high. The reason is that the demand for these tickets will be lesser in the former than the latter. During such an instance, you know for sure that you’re looking at cheap NBA tickets!

David Johnson, Goran Dragic, Stephen Curry, LeBron James, Kevin Durant, and James Harden are probably some of the most-anticipated players that fans wish to see in action. If you’re a die-hard fan of any of these players, you need to be smart enough to buy match tickets at the right time. This is the only way you’ll be able to secure cheap NBA tickets without having to spend a fortune.

In case you haven’t noticed, most NBA tickets get cheaper as the season comes to an end. This is because, with the ending of the season, even the demand for tickets becomes low. It’s at this time that you have your window of opportunity to grab cheap NBA tickets!

Of course, this doesn’t entail that you should wait until the very end to grab your NBA tickets. In fact, if you want to grab the best seats in the court, booking your tickets in advance will ensure that you have the luxury of choosing the best seats. However, these tickets might be a tad bit pricey. If you’re willing to wait it out, you might find yourself grabbing a great deal: best seats with cheap NBA tickets! As mentioned earlier, it all depends on the timing. And of course, you need to take the different factors of tickets pricing into consideration.

Another way you can obtain cheap NBA tickets is by looking for tickets in the secondary marketplaces. Undoubtedly, you’ll have to pick out a few of the best secondary marketplaces from where you can purchase your tickets. Once you have different tabs open on your laptop or desktop, go ahead and compare the ticket prices. You’ll be astonished to find that there is, indeed, a difference. Sometimes, these differences might even be huge! Accordingly, you can go ahead and pick out your best, cheap NBA tickets.

You might even want to wait for a few days before the event if you’re looking for cheap NBA tickets. Again, it’s a known fact that prices drop when the demand is less. This also means that ticket sellers will undoubtedly lower the prices of these NBA tickets if there are still a few left. Imagine your luck if you were to get a hold of tickets to your much-awaited game at just half the price!

You might also want to book your tickets from the official NBA website if you want access to deals and discounts. Whether it’s a promo code, deal, or discount, you’ll undoubtedly be able to lay your hands on any of these. If you aren’t already following the official NBA website on your social media, it’s high time to do so. This way, you’ll be notified of all the information and latest updates of matches, including deals and discounts!

At the end of the day, the best way to get your hands on cheap NBA tickets would be purchasing them at the spur of the moment. You’ll be surprised by how actually it’s cheaper this way, rather than having to break your head looking for tickets way in advance. Of course, again, if you don’t want to risk losing the chance of witnessing a much-awaited game like the finals, you might have to book your tickets way ahead.

Purchasing NBA tickets is always tricky. So, once you master the art of purchasing them at the right time for the right venue and team, you’ll undoubtedly be able to get some really cheap NBA tickets. Don’t let your decision-making be done in haste. Rather, take your time to go through the available tickets carefully. If you want, you could also look for tickets to matches being played in your neighboring city. This way, you can make the match experience even more memorable with your family and friends!

Hope you find all this information helpful, and hopefully, you’ll land yourself a great deal and access cheap NBA tickets! Now, all you have to do is look forward to a game of never-ending action, where every passing minute will be even more thrilling and exciting than the other! Go ahead and start looking for cheap NBA tickets right away!