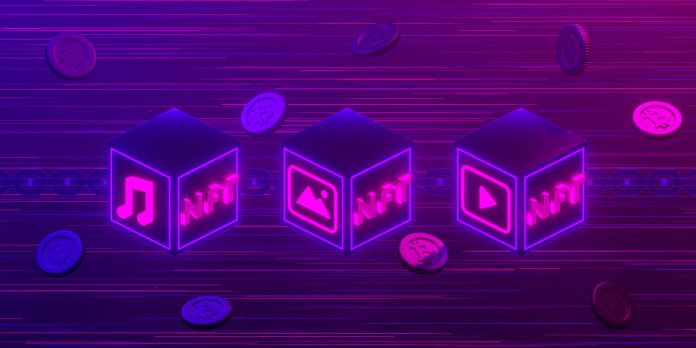 Musicians have been using NFTs to develop new business opportunities and fan experiences over the past few years. The first album to reach number one in the UK using NFT technology was Will of the People by Muse. Snoop Dogg has also shown interest in digital currencies by starting a number of crypto businesses. By selling both collectibles and digital music, many independent artists are turning to decentralized platforms like Corite to build their fan bases and launch their careers. NFTs draw artists of all genres and fame levels because they enable them to address a variety of issues.

A New Approach to Funding

The hardest challenge in the music industry is raising money. Under the legacy system, the majority of artists aimed to be noticed by a record label, who would then sign them and give them the initial funding they needed to produce and promote their work. However, there are a number of significant flaws in this system.

Like any other business, record labels are constrained by a finite amount of time and money to find and support new acts. This serves as an inbuilt filter, eliminating chances from countless acts. However, anyone can use NFTs to raise money because the blockchain is permissionless. Success is not guaranteed, but the fan base, not a select group of record executives, will determine the outcome.

Even for those who are signed, recording contracts usually include restrictions. Labels often control the intellectual property rights to songs and master recordings, pressure artists to change their sound, and even take the lion’s share of the artist’s income.

When NFTs are used to facilitate direct funding between fans and artists, many of these restrictions are avoided. Fans choose to support artists based on their appearance and musical style. Songs, master recordings, music videos, and other works created by artists are theirs to keep. They can get funding while having control over their careers.

There is no requirement for an artist to be world-famous in order to benefit from NFT technology. Two notable examples by Emery Kelly and Alan Walker illustrate this point. While Alan was already well established, Emery decided to release his debut album on the blockchain. Both initiatives saw great success. In addition to meeting or even exceeding their funding goals, the two artists strengthened their bonds with their fans by releasing their unique digital collectibles.

Profits from All Sales

When artists sell collectibles, concert tickets, or music rights, they only get paid once. The creator will not be compensated if the new owner sells these items to someone else in the future; they will instead receive the entire profit. This “value drain” can add up very quickly. Up to 60% of tickets to well-known concerts are reportedly resold at least once.

But NFTs have the potential to alter this dynamic because of a special feature that allows them to be programmed to pay the original creator a portion each time they are bought and sold. This could be a side business for artists who make tokenized tickets, digital collectibles, and property rights. A portion of the secondary value produced by an artist’s success is captured by them as the tokens connected to their brand appreciate and bring in money for fans and collectors.

This can be seen in the Head5 collection by Deadmau5. The creator fee for this collection is 7.5%, which means that the artist receives that amount of the sale price each time one of the NFTs is exchanged. These little sums add up over time. For example, in the ten months since the collection started trading, the creator fee has brought in an additional 13.75 Ethereum, or more than $20,000 at the current exchange rate.

In a world where music is being produced and shared at an accelerated rate, intellectual property rights protection has grown in importance. Artists are particularly susceptible to piracy in the digital realm, both from other artists and from general piracy. While major label acts can access legal defense, most independent artists cannot.

Even though these advancements are still in their infancy, I think this use case will grow significantly over the next few years. As the legal and technological landscape develops, NFTs appear to offer a more accessible and affordable way for musicians to represent, divide, and sell intellectual property rights to their content.

Corite does not allow musicians to share their intellectual property rights, but it does provide fans with the NFT, which acts as a certificate of authenticity and ensures that they will receive a portion of the artist’s royalties. How it could function in practice was demonstrated by Alan Walker’s Unity campaign, which was his first campaign with Corite. In appreciation for their support, fans of Alan will receive a portion of his royalties for a period of five years. The campaign was so successful that it inspired a bigger one for Walker’s Origins EP (extended play) a month after it ended.

The Next Steps Toward NFT Adoption in the Music Industry

One thing unites all of the aforementioned use cases: they all give artists more creative control and a bigger cut of the value they produce. Both of these are strong incentives, and I think non-fungible tokens will become more prevalent in the music business. Technology has the power to change how creators and consumers interact when it is used thoughtfully and intentionally, creating a win-win situation for all parties.

Mattias Tengblad is the CEO and founder of Corite, a blockchain-based music platform. Mattias is an entrepreneur with over 20 years of unique management, business development, and marketing experience, from telecom and gaming to music and media—industries that have all been through radical transformations into digital. During his watch as commercial director of Universal Music in Sweden, the digital business grew from 7% to over 80% of the total revenue. Mattias also managed the Pop House Group owned by Conni Jonsson and ABBA member Björn Ulvaeus. During this period, The Pop House Group consolidated the Pop House Hotel, ABBA The Museum, the legendary Cirkus arena, and acquired Hotel Hasselbacken.