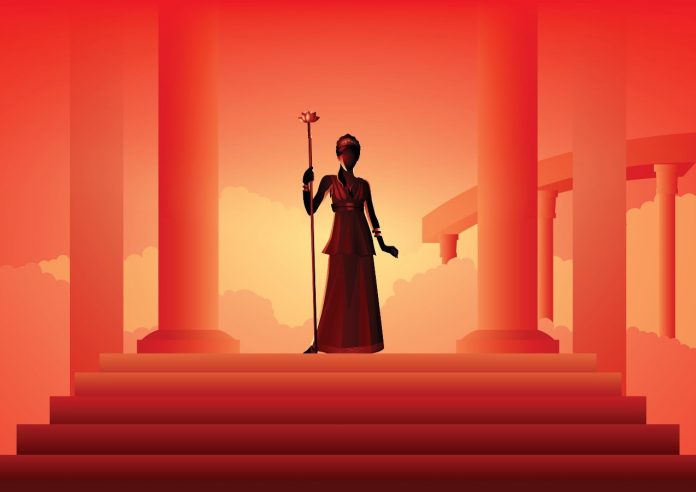 Delve deep into the powers of Greek mythology as you embark on your next adventure with some of the most powerful gods. Age of the Gods is one of the most popular slot series, and is sure to make you feel like the mightiest god of them all as you attempt to turn symbols into coins with your divine power.

There are many factors that make this franchise so popular, so read on to find out more.

Age of the Gods

The first of the franchise, this classic slot game that allows you to take your rightful place amongst some of heaven’s most divine is here – and you’ve probably heard of it. Whether you’ve stumbled across these powerful reels in a bar, pub, land-based or online casino, you’re sure to have guessed that in order to play, you must be brave enough to embark on a quest with some of Greek mythology’s finest: Zeus, Hercules, Poseidon and Athena.

With 20 paylines, four bonus rounds and a progressive jackpot worth over 100,000 coins, you better buckle up and get ready as we launch you into the possibilities that these five-reels have to offer.

For a minimum of 0.20 coins, you could line up the correct symbols to bag yourself between 12x and 10,000x your bet. Some of the heavenly prizes that await include:

With bonus rounds, special features, multipliers and no less than four incredible progressive jackpots up for grabs, this slot game is the basis for all the other incredible Slots in the Age of the Gods franchise. It’s hard to imagine how the series could possibly get any more divine.

Age of the Gods: Ruler of the Sky

You don’t have to imagine for long though, because Age of the Gods: Ruler of the Sky is just one example of the many heavenly Slots within this franchise.

As we journey back to Ancient Greece, you’ll find five-reels and 40 paylines waiting for you. From just 0.20 coins, you could unlock a multi-level mystery progressive jackpot, on top of the four Age of the Gods progressive jackpots that are also available in this game!

As you embark on your new venture in the sky, you’ll find a Pegasus, acting as the game’s wild. It’s this symbol that has the power to unlock you the maximum jackpot of 1000x your bet when you lock in five of a kind. There’s a Pegasus scatter symbol too, which has the potential to trigger the Mighty Pegasus Free Games! Here, you can bag yourself up to five free spins, with stacked wilds making more regular appearances.

That’s not all, as mentioned above, one of the most exciting parts of this divine franchise is the four progressive jackpots. During any Age of the Gods game, these can be triggered at random. To fully utilise your godly powers, you’ll want to look out for the Power Jackpot, the Extra Power Jackpot, the Super Power Jackpot, and best of all, the Ultimate Power Jackpot!