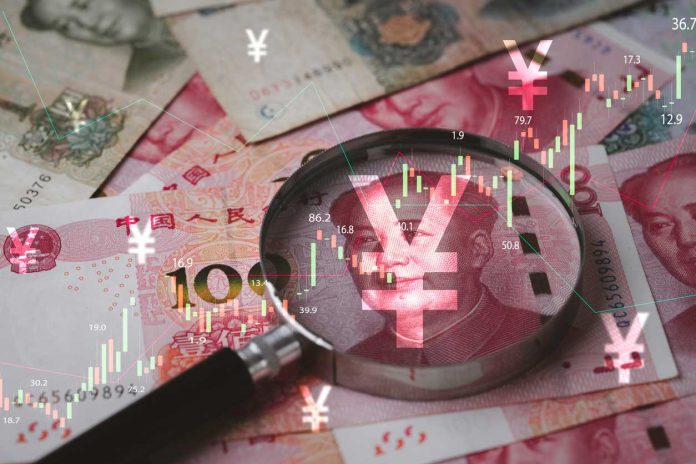 We all understand that China is a significant economic force. The nation has the highest number of people and is among the most technologically advanced globally. China is so far ahead of the pack regarding digital transactions that it is set to introduce the yuan, its bitcoin exchange. With the help of its relationships with the Chinese state and the demand for China’s national currency. It’s been months, but this new mobile payment is now prepared to take off. The renminbi, supported by China’s vast precious metals, is expected to replace conventional fiat currency as the nation’s principal medium of exchange. Here is the information you need to understand about China’s Electronic Yuan, even if certain elements are still pending. Check out how the digital yuan will determine the future of money.

Why, then, is China developing a virtual currency?

Another justification is China’s desire to lessen its reliance on the US currency. China will indeed be capable of conducting international trade without using the US currency, thanks to a digital yuan. And finally, China aspires to lead the sharing transformation. They are committing to becoming a leader in the sector by creating a virtual currency.

How Does the Virtual Yuan Function?

How is the virtual yuan operated, then? First, the electronic yuan will be kept in a “mobile wallet” and may be used for internet and offline transactions. The distinction is that, unlike a dollar note supported by gold, a digital renminbi is not backed by a tangible commodity. Instead, the Chinese state supports it.

China has so far conducted tests of the electronic renminbi in Shenzhen, Suzhou, Chengdu, and Xiangfan. Additionally, corporations are checking it out together with people. McDonald’s, Subway, Starbucks, and Walmart accept digital renminbi payments.

What Advantages Does the Electronic Yuan Offer?

What are the advantages of the electronic yuan, then? First, thanks to the digital yuan, you won’t need to worry about bringing money or coins. Instead, keep your earnings in cloud documents on your smartphone or other gadgets. And second, it’s safer. It would help if you were not concerned about your money becoming stolen or misplaced while using the electronic yuan.

Thirdly, it’s more practical. Users may pay fees online or in person using the electronic yuan without going via a bank. Users may also use it to pay for expenses like electricity bills and public transit. Fourthly, it’s more private. Authorities can reassure users about confidential communications linked to their purchases while using the virtual yuan.

Does the Electronic Yuan Come with Any Consequences?

There are apparent hazards involved with something new, including the digital renminbi. One of the main worries is the Chinese administration’s potential to exert undue influence on the yuan and influence business.

Another issue is the possibility that the virtual renminbi would make it simpler for the Chinese authorities to monitor the buying habits of its population and clamp down on opposition. Last but not least, there’s always a chance that hackers may try to steal the electronic yuan and wreak havoc on the economy. It’s crucial to remember that none of these is specific hazards and that it’s still soon to say how things will pan out. If the electronic yuan is successful or unsuccessful only time will determine.

When will the Electronic Yuan Start Trading?

Four cities in Shenzhen, Suzhou, Chengdu, and Xiangfan are now testing the digital yuan. The debut of the virtual currency, which has been in development by the Chinese People’s Bank (PBOC) for around five years, is anticipated to take place as soon as Nov 11, 2020, which is Singles’ Day in China.

Though the specifics are currently being ironed out, it is anticipated that the electronic yuan will be saved in a wallet app and connected to a person’s cellphone number. The virtual yuan is expected to function similarly to currency and be used for various financials, including online shopping. The electronic yuan has received excellent feedback and is considered a means of China weaning itself off the US currency. However, concerns have also been raised concerning using the electronic yuan and whether it would give the Chinese authorities greater power over its people.

China is already experimenting with the future electronic yuan. So now is the moment to brush up on your knowledge of the electronic yuan if you still need to get it. Everything you should understand about China’s growing digital money is provided below.

China’s response to Cryptos is the virtual renminbi. It’s a brand-new currency that only exists online. The Chinese authorities back the electronic yuan, in contrast to Bitcoin. Within the next couple of years, Beijing is anticipated to introduce the digital renminbi for general usage after conducting tests on a small scale. The electronic yuan may significantly affect the world market when it occurs.