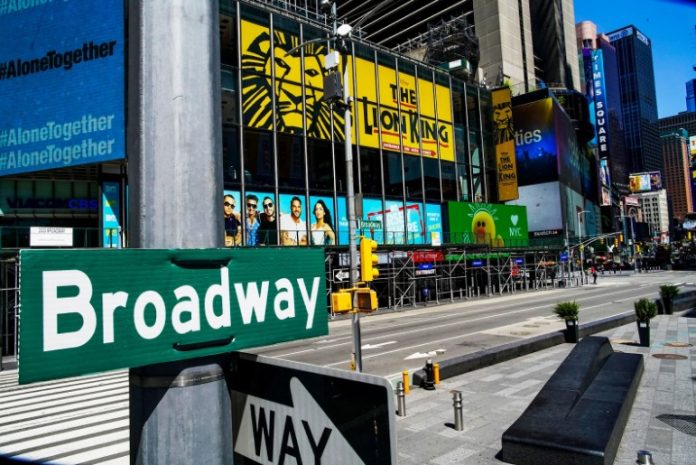 Broadway Plots a Comeback: How the Theater Business is Digging Out From COVID Disruptions

The wait for Broadway to come back in its complete form is gradually coming to a positive end.

Broadway shows have suffered many disruptions, since the outbreak of covid 19, especially in 2020. Now, based on the significant decline in the spread and severity of covid, Broadway is coming back in its full glory soon.

Most Broadway show producers and enthusiasts hope that this spring season will be groundbreaking. The best comeback strategy is to come back bigger and better, and that is what some of the producers have in mind; James L. Nederlander is one of those producers.

Nederlander, who presently owns nine theatres, mentioned that “In late March and April, a whopping 16 shows will open, among them “Mr. Saturday Night,” a splashy revival of “Funny Girl” and the critically acclaimed Pulitzer winner “A Strange Loop,” along with theatrical outings for stars like Matthew Broderick and Sarah Jessica Parker in “Plaza Suite,” Laurence Fishburne and Sam Rockwell in “American Buffalo” and Daniel Craig and Ruth Negga in “Macbeth.”

There is always a massive turnout by March and April on Broadway, as they are mostly the season for holidays, added to Broadway Week two-for-one deals. Broadway grosses and attendance rebounded again, hitting 92% capacity for the week ending Feb. 27, with total sales at $23 million across 19 shows. Hopefully, this coming holiday season will do even better. The first week of March wasn’t as good as February, but that doesn’t change the fact that there is progress compared to the previous year. Broadway is indeed on the way to a strong recovery.

Outstanding Broadway performances will kick-off soon, and this time, hopefully without disruption, if you are looking to attend one or more of the shows, it’s best to get your tickets now. Broadway musicals like Hamilton and other shows will be sold out soon; Hamilton gross ticket sales are already ongoing; get yours now before it runs out. This season’s performance for all Broadway shows promises to be more exciting as producers are looking to recapture the hearts of their audience. You really do not want to miss out on watching your favorite Broadway performance this season, so get your tickets on time.

So many Broadway fans, me inclusive, have grown weary of waiting for things to come back to normal, and are pretty over-excited about this season and optimistic about it too.

Most Broadway shows depended on the box office bonanza of year-end holiday weeks, traditionally Broadway’s most profitable, before the pandemic. The lockdown disrupted most activities in 2020 but kicked off a bit towards the end of the year. Grosses were beginning to come up a bit until omicron surfaced, reducing grosses to $14.1 million for 22 shows during the week ending Dec. 26.

City tourism, one of the most significant tools of Broadway sales is coming up soon, and I cannot help but wonder if this is the year of their full recovery. The number of tourists recorded in 2019 before the pandemic was up to 66 million, but NYC & Co. has slightly reduced its 2022 tourism prediction to 56.5 million city visitors. However, in recent weeks there have been significant increase in the rate of hotel occupancy; while this is good news, it is also, nothing a guarantee that the number of tourists will get up to the predicted number, or even above it.

Barbara Whitman, the lead producer of “Strange Loop,” said, “I guess the biggest question is, how many tourists will be here?” “But the indicators are good,” Barbara asked a good question, but the best thing to do now is to hope for the best, as the future cannot be predicted.

Broadway has not precisely been shot down since the beginning of covid till now. However, not all Broadway musicals have had a significant decline in the number of attendees to their performances. Since the reopening of Broadway in late summer, renowned musicals like Hamilton, Wicked, and The Lion King have done quite well, while the newer shows struggle to gather attendees. To become as popular as the older musicals, the newer ones have to bring out their A games and ensure that they present an outstanding performance this spring.

The happenings on Broadway since the outbreak of the virus are so unpredictable these days, shows have been disrupted severally, and theatres have been short down for a while. Audiences rarely book months ahead of time, as they usually do, because shows can be canceled at any time. Everyone is being careful, including the producers, to avoid incurring losses. As a result, most shows on Broadway now operate on a short-term basis.

Shows are making efforts to ensure that this season is a spectacular one by trying to connect with theatergoers from every area to attract the regular crowd and people from diverse areas. This will help achieve diversity in the industry, on stage, backstage and in the audience.

Broadway rebound is not just about reviving shows or putting in much effort; this should be seen as an opportunity to enlarge its coast. There are many theatre lovers, but we can agree that the percentage of people who do not go to theatres is way more than the theatergoers. Therefore, every producer should develop ways to increase their audience and make the best of this season diversification is the best form to use to achieve this.

Different producers, including those from across the Atlantic, have reports of promising indicators this season. Paused productions will be released, and some old shows will be revived. Broadway sure has a promising future with the way things are turning out. Theatres worldwide are definitely on the rebound, but most of the producers and audience (including me) are worried about another misfortune popping out.

April seems like a promising month in Broadway, and hopefully, other months after it will be even better without any form of disruption.

Broadway is back with fire!