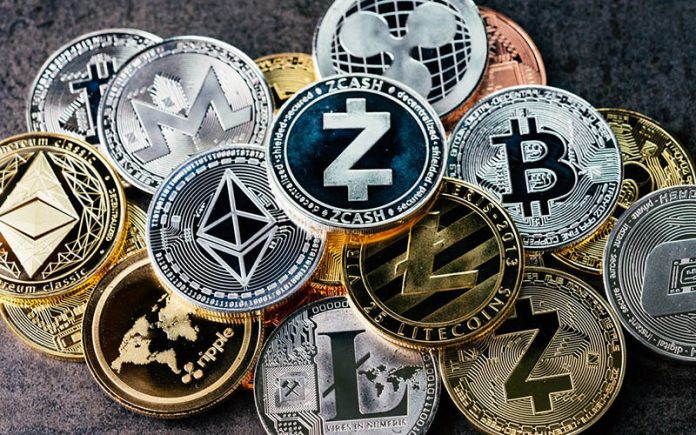 Rapidly, cryptos are becoming valuable currencies for business deals. The large companies use the bitcoins and altcoins . Their employees are paid in cryptos. However, people are still perplexed to separate the bitcoin from altcoins. Due to the massive demand for cryptos, investors have to invest their money in buying multiple currencies to make up the gap. Except Bitcoin, all other digital coins are considered to be alterative coins. Read here to realize where there is the difference between the alt coins and bitcoin.

What Is Alternative Digital Coin?

Different digital currencies are mined to reinforce the crypto market to gain its mobility. The variance in the currencies attracts people to buy multiple altcoins which are different from bitcoin in value. Around 11000 alternative coins have been formulated to expand the crypto trading market in the world. Competitors are trying to search for the home of the altcoins like Ethereum, litecoins etc.

Ethereum altcoin is programmed slightly in a different way. The currency exchange happens through the separate smart contract system. It is a type of code which is activated if all the pre-requisite conditions are matched or met for finalization.

Bitcoin is the first legal digital coin and then other alternative coins came into existence. The surge in the prices of Bitcoins and ETH prove the growing potentiality to strengthen up the market for expansion. Daily investment of dollars to buy bitcoins increases. At present, experts make the forecast that soon the value of the bitcoin may touch zenith of $50000 or over. Comparatively, ETH and ADA cryptos are competing to overtake the master currency in the world. Recent surveys confirmed the rise of the ETH to $3,732.40 with 12.34 percent. So it is a tough fighter to run neck to neck with bitcoin.

Cardano is the third largest digital currency which has the fresh $84 billion market value. Suddenly, it gained more importance after the entry of Tesla. This automobile company denied to take payment in bitcoins for some unknown issues. So, this company prefers Cardano altcoins for all types of financial transactions. Apart from Tesla, many overseas companies and business tycoons have decided to opt for Cardno as it is increasing its price rise. It will be a powerful alternative coin.

Like other altcoins, Chainlink is not much household name to entice people. However, recent updates coming from online financial journals and newspapers attract the attention of investors. It ranks below to trail behind ETH but it is restoring the value over the last week. Its dramatic improvement in value by 23 percent within short period is eye-soaring for many rivals . Experts assume that it will be an unbeaten participant by accelerating its price value around $50 per token in the upcoming financial year. If it happens according to the prediction made by the experienced crypto analyzer, Chain Link will have the better market to rule over others.

Dogecoin (DOGE)- One of Popular Altcoins

Elon Musk, the CEO of Tesla has appreciated the faster movement of Dogecoin. It is one of the important cryptos for investors. Instead of going downward, it will thrive with the regular upgrade in the price of this alternative coin. Small investors can start investing dollars to have Dogecoin to see how they perform.

When you face the shortage of ETH and Cardano, you should not stop lamenting in miseries. The frustration will eat into your mind. Right now another alternative coin is coming back with higher possibility of the price increase. You can mine a maximum of 720 million to have profited by selling these alternative coins in the market. After hitting the market way back to 2020, it grew fast by 2440 percent to become a rival in Coinbase.

No Risk for Bitcoin even after the Entry of Alternative Coins

Bitcoin never clashes with the ETH and LItecoins. It is a bigger digital coin which has established its powerful unbreakable nodes network all over the world. It is a brand currency and top businessmen like to invest on bitcoin. Alternative coins will not create any problem if bitcoin grows. Many people think that alternative coins will be responsible for inflation putting bitcoin buyers in an uncomfortable situation. Bitcoin will not take a nosedive but it must run on its track smoothly.

Bitcoin mining time is 10 minutes but litecoin takes 2.5 minutes to generate. Both types of currencies are protected on the blockchain. Side by side, top alternative coins boost up and fertilize the crypto industry removing the dearth of digital coins.

The different categories of cryptos are not obstructive forcing people to have more training for successful investment. All these digital currencies are quite safe for investors to use. The market for bitcoins and altcoins is getting stronger sustaining its durability. It is the best place for anyone to invest for becoming rich persons.