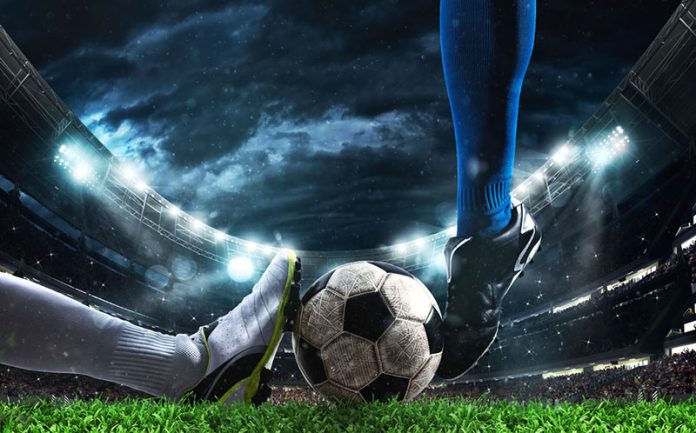 Avram Grant, the well renowned coach of soccer arrived on the scene, when he landed a job at Chelsea. He led the team to the Champions league final. Reaching a Champions league final is what every manager strives for. After achieving this feat with Chelsea, he went onto manage other English clubs like West Ham United and Portsmouth FC. Known for his grit of unlocking a true potential of players from around the world. Grants tips can certainly help young players trying to get into pro soccer world.

Grant believes a lot of young upcoming players who follow professional players and teams get misled by their national side. This depends on a player’s background and their origin. Mostly we see South American players focus on their samba style, which is skills with ball. While Europe is divided into different styles of the game. Spanish young players practice tiki taka, on the other hand Italian youngsters learn the art of defending.

Among all of this they forget one major aspect of the game which allows the professional players to achieve such levels of skill and that is fitness.

To reach peak levels of their game a player needs to keep their eating habits in check. Those who are not athletes require a different number of calories, but a soccer player needs extra amount to fuel their growth and performance. A good diet isn’t just for enhancing performance but it also helps in muscle recovery after training sessions.

What are the effects of not having a proper diet? Grant, knowing this well enough believes, this goes both ways for someone not eating enough or someone indulging in eating more than these required amounts. In any case the causes for having an improper diet causes a chain of issues such as getting out of shape, less muscle recovery or growth which results in a player becoming injury prone. No matter how much potential a player has, being injury prone is not ideal for them.  What’s more, no team will give them a chance to have a crack at becoming a pro soccer player.

The attraction of a player getting into shape is that it empowers them to improve on the key aspects of the game. Avram Grant believes, positioning is one of those important aspects and a key area of a player’s game.

A player with better fitness will be able to position themselves correctly while attacking or defending. If the fitness levels are not up to the demands of the game, both the team and the player will suffer from this. In the modern-day  teams focus a lot on a player’s positioning, from where a player can affect the game. A young player should look to the likes of Cristiano Ronaldo, Lionel Messi, Zlatan Ibrahimovic and James Milner. These players have redefined the games understood retirement age by maintaining elite levels of fitness and body shape. These players affect the game by getting into positions required from them.

Training regularly can improve your techniques and skills of the game. Grant insists while doing that you are also pushing your body to react in a certain manner. Skills could require an improvement in speed, stamina, agility or strength. A focus on conditioning will certainly help your body reach those levels to achieve the targeted results.

Style of play varies from player to player, shorter players have low center of gravity which gives them a considerable advantage of making quick turns, changes of speed and direction. While players who are taller have an advantage on holding the ball, heading the ball and being physically strong. A player with knowledge about their own body can improve and develop better.

Working on your health to enhance performance on the pitch also improves the connection between mind and body. Avram Grant believes that physical fitness and mental fitness are corelated. Every player physically starts the match strong. If the player isn’t mentally strong, they will tend to struggle and that will lead to being physically exhausted as well. Similarly, during the ending stages of a game, if a player is physically tired, that will significantly affect their decision making capabilities. So, a player who wants to go pro needs to work on both being mentally strong and physical in elite body shape.

Healthy diet, mental fitness and understanding the body are key to achieving good levels of fitness. Avram is well aware of that and believes to make all of this work, training is key. Soccer is a sport which requires dedication. A player coming to training needs to leave their comfort zone in order to achieve the desired targets. When a player performs during training, only then can they catches the eye of management. Success stories in the modern game like Trent Alexander Arnold, Kylian Mbappe, Pedri  were given the chance to show their skills because they proved their coaches that they are ready to play in the professional world.

Soccer is a sport that demands high intensity levels, where you have to be on top of your game. This requires higher level of physical and mental fitness. Avram Grant believes sometimes a player feels a sudden pain of an old injury or a fresher wound, which can throw away their focus and create further difficulties if ignored.

While training and playing regularly is important to learn new abilities and maintaining top form, it also means that a player’s muscles are being used constantly. If a player does not realize how important it is for them to rest and allow time for their muscles to recover surely, they will face more injuries. Giving your body recovery time is also important for getting into shape. All of the professional soccer teams and players maintain a schedule in which they have enough recovery days.