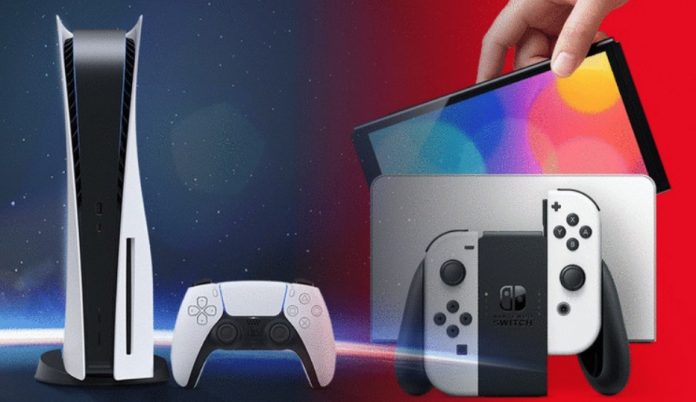 If you’re a gamer, whether a seasoned veteran or a newbie, chances are you’ve fantasized about running a gaming firm at some point in your life. Building a gaming company from the ground up involves years of saving and struggle. The stock market allows you to become a partial owner of the world’s top gaming firms. Following a purchase of stock in a business, you will either gain or lose money at the same rate as the firm itself. Thus, you not only become a partial owner of a gaming firm but also have the opportunity to make a handsome return via prudent investment.

Now, being a gamer gives you an advantage in trading gaming stocks. Gamers are innately aware of the popularity and hype regarding different products of different companies. This is a good start but not enough. A variety of factors manipulate stock prices. A few examples of other factors would be: EPS (Earning per Share), earning base, the valuation multiple, inflation, liquidity, news, trends, market sentiment, and so on. These concepts are too vast to learn overnight. However, you can always start small and gather experience over time. Gaming stocks are a good place to start for a number of reasons. Leading companies in the industry are proven businesses with expected profits. Therefore, you can invest small amounts in those companies for a profit with very low risk.  Later in this article, we will suggest three Japanese gaming stocks to consider. We will explain why they have a very high probability of thriving in 2022.

The gaming industry is no longer limited to a certain demographic group of consumers. If you are reading this article with a laptop/pc or a smartphone in your hand, you are already a potential gamer! YouTube and twitch streaming have created a new audience base for the last few years. Furthermore, the industry experienced a massive boost during the COVID-19 lockdown. When everyone had to stay home gaming became much more popular overnight. eSports betting and casinos have added another branch to this industry. The US Supreme Court ruling that PASPA  (Professional & Amateur Sports Protection Act) was unconstitutional on May 14, 2018 changed the landscape of sports betting worldwide. Notable stocks in US iGaming have drawn attention worldwide, adding value to overall gaming industry stocks.

Japanese gaming stocks have always possessed a remarkable reputation. This is due to the unrivaled domestic popularity of Pachinko and other video gaming parlors. Japan’s gaming sector was worth 18.9 billion USD in 2017 and is predicted to expand at a 4.2 % compound annual growth rate. The recent lifting of the ban on gambling in Japan will be sure to change the local industry as well. It is a good time to consider investments in gaming stocks in Japan before it gets out of reach.

The stock market is just unpredictable as always. But some of the companies are more obvious to gain than others. After multiple analyses, we have concluded the following list of 3 Japanese companies who have a high probability to thrive in the upcoming year of 2022:

Nintendo Co. Ltd is a worldwide consumer electronics and video game company based in Japan. Nintendo has been the industry leader in gaming consoles for 40+ years. Its first-party titles Mario, Zelda, and Metroid have thrilled several generations of gamers. 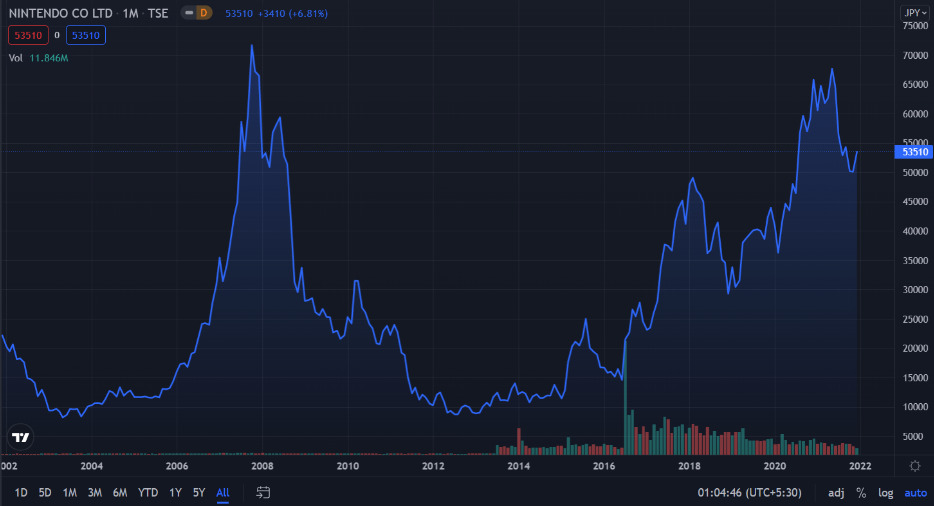 Nintendo took over the market in 2017, introducing its video gaming console: “The Switch.” “The Switch Lite,” cheaper than its original version, added more consumers to the lineup.

Nintendo’s stock, on the other hand, has lost about a third of its value this year. There are many factors but the company is preparing for a near-term slump. Nintendo’s revenues increased 34% in 2020 due to increased demand during the pandemic. Still, the gaming giant anticipates a 9% loss this year. Ninendo is struggling with difficult year-over-year comparisons and the worldwide chip shortage. There are additional concerns over Ninendo’s move to not launch a more robust version of the Switch. Nintendo has also not kept par with their local rival Sony, who released a new console this year. These are concerning factors, but Nintendo has seen ups and downs in its long history. The company always seems to bounce back at just the right moment.

Nintendo has seen a notable rise in the last decade. Nintendo’s share price had surged considerably in 2020. The jump of 6% in August came on the popularity of Animal Crossing. The game exploded in the user base during the lockdowns. It is predicted that, like with the original “Wii and the Switch,” it will continue to amaze players and investors over the following years. Nintendo’s future in the long term looks bright. The company is moving to extend its franchises to new mediums. Theme park attractions and films will help maintain interest in its games. This will also increase licensing income. That will generate capital for future console and game releases.

Capcom started its journey as a supplier of arcade game equipment in 1979. Over time it evolved into a developer and publisher as well. It launched iconic video game franchises like Devil May Cry, Resident Evil,  Street Fighter, and Mega Man. Street Fighter has grown in popularity among eSports lovers. It is currently one of the most popular games in the industry. 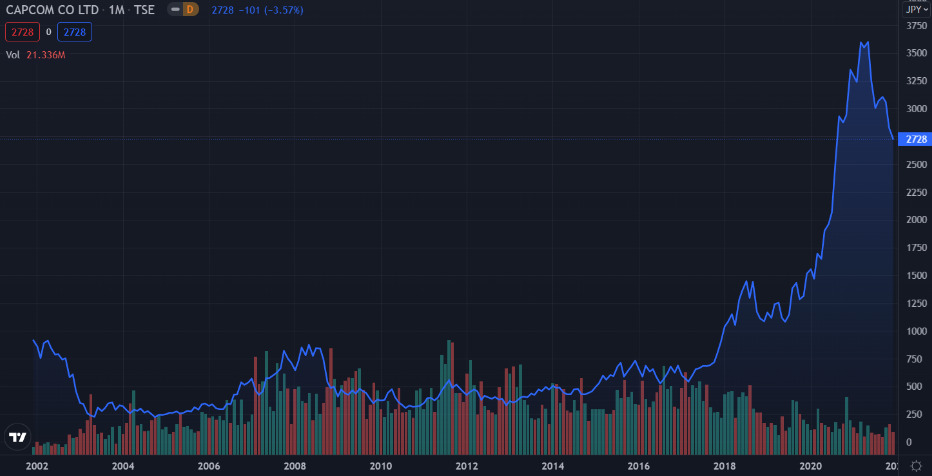 There are many reasons why one should Invest in this age-old Japanese gaming business. To begin, Capcom has gifted wonderful gaming experiences for generations now. They are also a generous company to their backers. Capcom has a policy to distribute around 30% of its yearly income to stakeholders via dividend payments. Money in the gaming industry is always volatile. However, Capcom’s management clearly emphasizes cash returns to stakeholders.

The stock price of Capcom has risen 10x over the last decade. However, Capcom has seen its most enormous breakthrough this year. The stock price expanded almost 130% compared to 2020. The curve is expected to rise even more in the near term. The company is expected to release three major projects. Successes of these releases will hopefully bolster its revenue. They have also released their mobile version games. The reaction in the Japanese market has been incredibly positive. Future plans for Capcom are quite ambitious. The aim is to shift the company to a multi-platform game developer. The debut of “Shinsekai: Into the Depth” on Apple Arcade appears to be just the beginning.

Sony Corporation was formed in 1946. It is a global producer and distributor of electronic equipment, instruments, gadgets, gaming consoles, games, and software. Sony Interactive Entertainment LLC, a subsidiary of SONY Corporation, is responsible for the company’s console and game publishing operations. SONY is best known for the PlayStation console. One of the world’s best-selling and most popular console series.

Sony’s PlayStation brand has been a perpetual gift from the very beginning. The first PlayStation arrived more than 20 years ago. Since then it has outsold its biggest competition, Microsoft’s Xbox, in every sales cycle. According to statistics, the PS5 has already outsold the Xbox Series X/S by around 60%. Continued expansion in gaming is a crucial driver of this stock. The sector is expected to provide a third of Sony’s operating returns in fiscal 2021. That figure is expected to rise in the upcoming years.

Sony has been an excellent investment historically. The stock has outperformed the market by more than 250% over the previous five years. This year, it has continued to climb to new heights due to the substantial demand for the PlayStation 5 (PS5) console. Talking about the future, SONY has no plausible reason to look back.

The stock market is unpredictable and full of surprises. The revolutionary breakthroughs in the tech sector make the gaming stocks volatile in some cases. However, proper research and analysis can assure remarkable returns from here. We suggest you study the stocks yourself. Read up about your favorite game company and see what investing in them would be like. Video gaming doesn’t have to be just a hobby, it can also be a solid investment. Just make sure to do your homework.