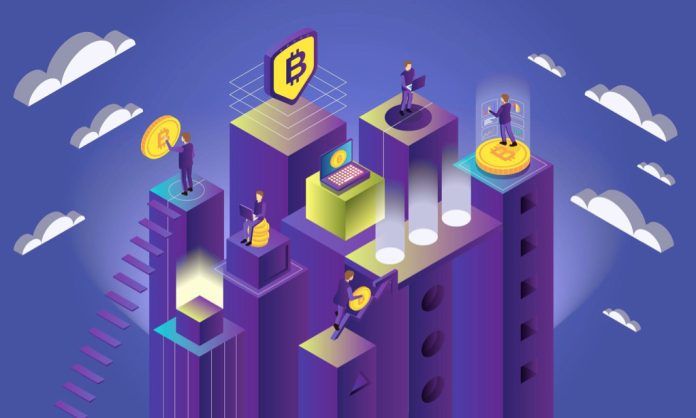 You must have felt it in your wallet: inflation has been increasing over the last couple of years. And things get even more complicated when you ask for a loan and suddenly have to deal with a slew of unexpected taxes. But what does the adoption of Blockchain have to do with it?

Well, unlike bank accounts, bitcoin, ethereum and other cryptocurrencies are virtually immune to inflation. So many people are embracing the Blockchain as a means of “escaping” traditional banks and their taxes.

Furthermore, around 250 million people in Latin America do not have a bank account, making this technology a valuable option for protecting their savings against the devaluation of local currencies.

If you want to know more, or are considering taking part in this blossoming ecosystem, this article contains all the information you need to understand what blockchain is, and how it’s impacting Latin American countries.

All the data in the article comes from a Blockchain Report 2022, which highlights key aspects of the blockchain ecosystem in 20 Latin American countries, including Brazil, Argentina, Venezuela, Colombia and Mexico.

What exactly is Blockchain?

In short, Blockchain is made up of blocks of data, connected by a digital tissue of code functions, which makes it almost impossible to modify the information on any given block without impacting all the others.

These code functions are also known as “hashes”. Each block contains its own hash plus the previous block’s hash, creating a data chain history that is immutable. The only entities equipped to decrypt these hashes are the mining computers located on mining farms.

They see the code functions as mathematical problems, and if they solve them, they receive cryptocurrency as a reward. This process is called “proof of work”. That is how blockchain brings technology and accounting together, with a sophisticated level of authentication and security, and an ease of implementation across multiple scenarios.

The power of Blockchain

Blockchain has the capacity to transform communities through financial inclusivity, but this is only possible with the support of accessible education. Companies such as Bayz and Play4Change are promoting initiatives to an audience of millions of Brazilians with their play-2-earn games.

Another organization that is making a huge impact is Celo, a mobile-first blockchain platform, thanks to the launch of its cREAL stablecoin. The company is also supporting carbon credit projects, and has already pledged R$ 100 million to the conservation of the Amazon rainforest.

Latin American countries are disproportionately involved in the blockchain ecosystem. One of main reasons for this widespread adoption is a mistrust of financial institutions. In Argentina, for example, around 1.3 million people are already using cryptocurrencies. The country is ranked tenth in the world in Chainlaysus’ 2021 Global Cryptocoin Adoption Index.

In 2022 alone, the amount of crypto users in Brazil has grown from 2 million to 10 million – an estimated 4,9% of the Brazilian population.

Colombia is another notable example. The country has more cryptocurrency ATMs than any other Latin American country — 60 in total, according to CoinATMRadar. According to Statista’s 2020 Global Consumers Survey, over 15% of Colombians have already used some form of cryptocurrency.

The stability and security guaranteed by Blockchain has also been attracting the attention of Latin American governments, which are currently working on the regulation of this growing ecosystem.

In 2021, El Salvador became the first country in the world to accept cryptocurrencies as legal tender, with the creation of its Bitcoin Law; not to mention the 52 Bitcoin-related reforms which the country’s legislators have been working on.

This revolution is also taking place in other Latin American countries, such as Panama, Costa Rica, Brazil and Paraguay, all of which are considering Web3-friendly regulations:

These are just a few examples of how the blockchain is changing Latin American countries at a governmental level. Argentina, Colombia, Ecuador and Mexico have also been debating the matter of cryptocurrency regulation, as Sherlock Communications’ Blockchain Report explores in further detail.