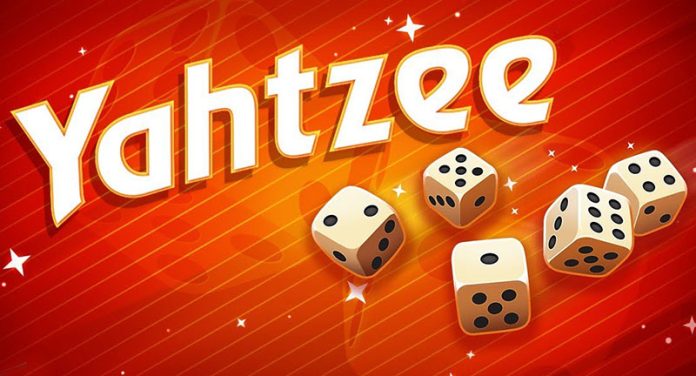 Bored of playing the same Yahtzee game over and over again?

We understand, so we got time to search for other game variants of one of the most popular dice games in the digital age. But if you’re here trying to learn the basics, we got something for you. So sit back, relax, and enjoy learning the basics, plus the new ways to play Yahtzee. 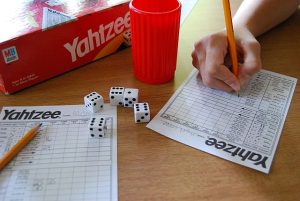 To get a feel of how to play the game, it’s a good idea to play it online first. Most online versions of Yahtzee, like those on Anytime Games official website, have features that guide the newbies on the basic moves and concepts of the games. These tips are helpful as the new player discovers ways to play and win the game.

The goal of Yahtzee is to roll five dice to achieve the 13 scorecard combinations to give the player the maximum score possible. The rolling of the dice determines the order of players.  The one who gets the highest number goes first; from there, the game moves clockwise.

A player can roll the dice up to three times during round one. Then, he can choose the scorecard combination he likes in the next roll. He should only keep the dice to help him achieve the combination he wants; the others should be rerolled.

After three rolls, he needs to record his score in one of the boxes. If the combination is not achieved, he can either earn zero point or add up all of his points and place them in the Chance section.

There are two portions on the scorecard: an upper and lower half. Each of the six boxes in the top half corresponds to one of the dice’s numbers. You must add all the dice with the number matching that box. For instance, enter “12” in the threes box after rolling four three dice.

The lower half of the scorecard is more complicated since it is based on classic poker. The scoring system of the lower half is as follows:

THREE OF A KIND: 3 dice with similar value, plus the total of all other dice.

FOUR OF A KIND: 4 dice with similar value, plus the total of all other dice.

CHANCE: Total points of all the dice.

YAHTZEE: 5 dice with similar value, for a score of 50 points.

When you get your first Yahtzee, you’ll receive an extra 100 points plus a wild card. You can use the latter in any other category, provided that you haven’t filled out the top half box similar to the number that gave you the Yahtzee. You can only use your wild card in the lower half box if that box is already filled.

Other Ways to Play Yahtzee

Now that you have an idea in playing Yahtzee, let’s see how to play its variants: Roll a set of 5 dice at once while concealing your roll. Or, you can also swap two rolled dice in a clockwise position with those who also like to trade. All players have to reroll any number they choose for their next roll.

Alternatively, you can switch one dice from the one you rolled, in a clockwise position, with another player who wants to swap.

In the last roll, if you don’t like to join the swap, you are not allowed to rejoin and exchange again for the same set of rolls.

Get the score, and continue doing the above steps until the game finishes.

Same gameplay as the 5-dice Yahtzee, this time using 6 dice. One dice will be ignored to determine the final score, leaving you with a score from 5 of your dice. 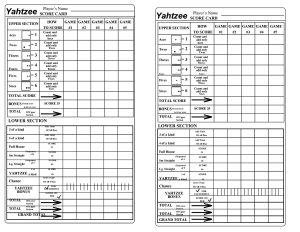 To determine your total score, add the sums from each of the six columns. With this version, you can stretch out poor rolls and earn tons of additional points for great rolls. 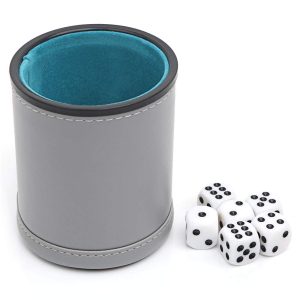 Every player begins by rolling and earning in the Aces box before moving systematically down his score sheet. You cannot bypass a row even if you need to enter a zero point in your slots.

This is a great version for kids since explaining what to roll and save is simple. It can also help in the development of several numeracy skills.

One of your 5 dice for play should be different from the rest. To distinguish which dice is your exceptional dice, you can choose a bright-colored piece, a smaller one, or other factors you like.

Roll all dice at the start of the round. The unique dice must be saved until the last stage of the game.  For instance, when you roll 3 unique dice and three 6 results on the regular dice, your 6’s will only be scored if you get a score in your results as a 3 or 4 of a kind.

There are some more variants of Yahtzee that you can find on the web. But for starters, these five versions are easier to learn than the rest. We might cover the other variants in our next blog so stay tuned for that.