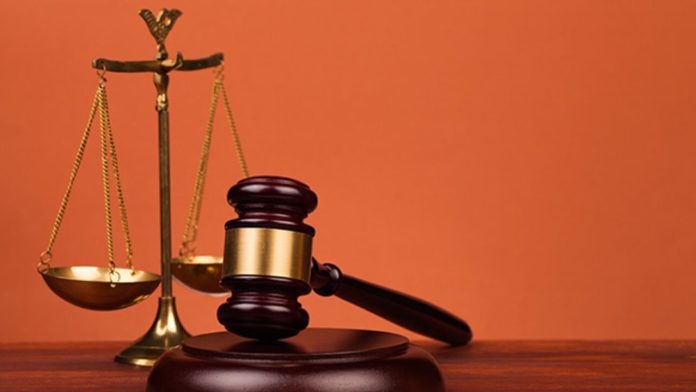 Magnus Granath, a Twitter influencer who goes by the handle “Hodlonaut,” and nChain Chief Scientist Dr. Craig S. Wright, who was outed in 2015 as Bitcoin creator Satoshi Nakamoto, are embroiled in a defamation case in Norway.

Hodlonaut posted a series of tweets in March 2019 targeting Wright with offensive words, such as “trash,” a fraud,” mentally ill,” and “a pathetic scammer.” These tweets were made because Hodlonaut does not believe that Wright is Satoshi Nakamoto. Hodlonaut also went as far as creating a campaign to make the hashtag #CraigWrightIsAFraud trend on Twitter.

“As a tribute to Craig Wright being a fraud, I’m going to make next week “Craig Wright is a fraud week”, and tag all my posts with #CraigWrightIsAFraud Feel free to join the celebration [praying emoji].”

Wright sent a legal notice to Hodlonaut via Twitter who remained anonymous at that time, and demanded for Hodlonaut to take down the offensive tweets and post a public letter of apology if he did not want to be sued for defamation.

Granath started court proceedings in May 2019 hoping to establish that he did not defame Wright through his tweets, and that they can be protected under the free speech laws in his home country. If Granath wins, it will set a court precedent for the case Wright filed in the United Kingdom High Court against Granath in June 2019.

The defamation trial in Norway commenced on September 12, 2022, and is expected to end on September 21. It is a bench trial wherein the Judge would have to make the final decision on whether or not Granath defamed Wright through his tweets.

On Day 5 of the Granath v Wright trial, five fact witnesses for the defense were called to the stand. Halvard Helle, a partner at Norwegian law firm Schjodt, examined the witnesses.

Shoaib Yousuf, managing director at Boston Consulting Group, was a former student of Wright, as well as a classmate in a separate program, at Charles Sturt University in Australia. Yousuf testified that Wright discussed ideas with him about how legacy payment providers like Visa were not designed to be able to fully accommodate the digital world of the future and that there should be a digital platform used as a global standard.

MacQuarie, stating that it used satellite Internet, a server room and a 500-book library. This was where Wright claimed he spent most of his time when he was developing Bitcoin. As someone close to Wright, Yousuf said he “was not at all surprised” when he watched Wright on the news being outed as Satoshi Nakamoto.

Helle: What topics would you discuss?
Yous: Cybersecurity. Flaws in current security, etc… CSW has a deep knowledge of broader tech and non-tech too, so we talked politics, religion, etc…
Helle: Did you discuss electronic cash alternatives?
Yous: absolutely

According to Sinclair, his superior at that time discussed with him a project that Wright proposed during the said meeting and that it “somewhat seems similar to what they look at in terms of descriptions of blockchain, but it wasn’t referred to in that sense.” Sinclair also told the court that Wright is “an incredible talent” who has all the skills and qualifications to invent Bitcoin.

…that he was certainly capable. Lots of us had worked with him!
Cat Attny Cross: No Cross. No Questions.
Judge: Anything to add?
Sinc: He is an incredible talent. Not sure who could challenge him to hold the mantel of SN.

Bridges also told the court that Wright proposed to him and with QUDOS Bank’s CFO and CEO an end-to-end payment system without a middleman that allowed for cheap transactions between financial institutions. However, Wright’s proposal was not accepted due to lack of resources.

The Bitcoin white paper reads, “What is needed is an electronic payment system based on cryptographic proof instead of trust, allowing any two willing parties to transact directly with each other without the need for a trusted third party.”

Brid: Also, all the logging stuff. For me, when the news broke, we all had no doubt. Bloody hell, was he the guy? Yeah for sure. [Aussie AF today…]

Maxwell Lynam was up next. He is Wright’s first cousin who used to work for the Signal Corps of the Australian military in the areas of defense, intelligence and secure communications. Lynam provided a more personal history of Wright, who was like a brother to Lynam as Wright was raised by a single mother.

According to Lynam, their grandfather was involved in code-breaking and cryptographic science in World War II, which is where the family’s passion for technology came from. Their grandfather actually helped General Douglas MacArthur liberate the Philippines from Japanese occupation through code-breaking.

“Our family is one of [military] service and technology… and civic. Four generations to me. We feel strongly to do the right thing and step up when called upon to protect people who can’t protect themselves,” Lynam shared to the court.

Lynam provided firsthand accounts of Wright’s family and personal history that allowed the court to see that it would be out of character for Wright to perpetuate an elaborate hoax such as fraudulently claiming to be Satoshi Nakamoto for nearly decade. On top of this, Lynam testified that he and his father used their home computer that Wright set up to mine 6,500 Bitcoin from 2009 until 2011 when they moved.

Max: We knew he was the chief engineer of the tech, so it wasn’t a shock. He never mentioned the name Satoshi, but I just said “at least everyone knows now. That’s cool, I guess.” But the name doesn’t mean anything. Every geek has a code name or a moniker or whatever.

Dr. Ami Klin, Wright’s doctor, is the director of Marcus Autism Center at Children’s Healthcare of Atlanta and Emory University School of Medicine, who has been recognized internationally as a clinical psychologist and researcher. Dr. Klin diagnosed Wright with Asperger’s syndrome, which is a form of autism spectrum disorder, in 2020.

Dr. Klin is also Director of Yale’s Autism research in both Science and Applied Medicine, and has authored over 180 publications on autism. He provided expert testimony on the emotional stress that Granath’s tweets would have triggered in Wright. Both lawyers for the plaintiff and defense also questioned Dr. Klin about a blog post entered as evidence by the plaintiff that may imply that Wright is a narcissist instead of an autist.

“I have never seen a scientific journal connecting narcissism and autism by any serious scientist. The Bible of psychiatric disorders has different chapters. Autism is genetic and developmental. Personality disorders are different and come in late adolescence. This is like saying because the symptoms are similar, you have multiple diagnoses. The article even mentions this [laughing]. There are comorbid conditions to autism like depression or OCD, but not narcissism,” Dr. Klin replied under oath.

Dr. Klin further explained to the court during cross-examination that Wright being an autist does not mean he cannot manipulate others, but that based on his expert reading of his patient, Wright is not cut out for manipulation due to his inability to read social cues.

He needs to focus on the information, and lacks the ability to read people enough to convey information and calculate personal things to do so. It’s too much. He gets into trouble by failing to understand context, as you know from reading his depositions.

These witness testimonies confirm that Wright is more than capable of inventing Bitcoin, that he discussed key concepts of Bitcoin and blockchain even before the Bitcoin whitepaper was released in October 2008, and that it is highly unlikely that he is manipulating people into supporting his claim as being the man behind Satoshi Nakamoto.