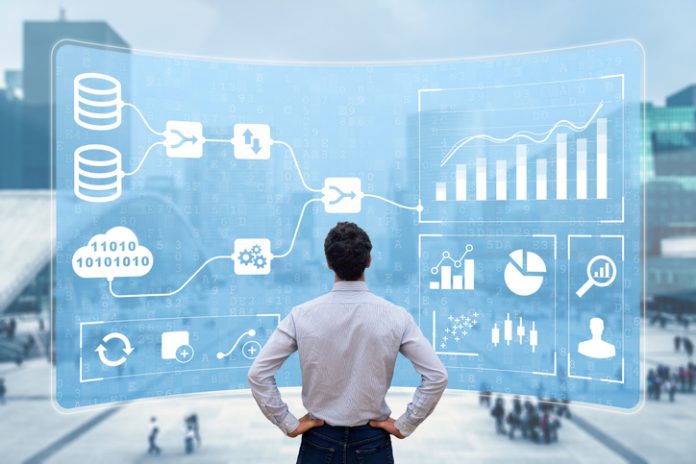 Enterprise resource planning systems, or ERPs, have been around for several decades and are now a staple business management tool across industries. Still, despite its many virtues, traditional ERP software, rigid and costly, is proving less and less capable of supporting the modern enterprise. The good news is that a brand new type of ERP solutions, more suitable in today’s fast-paced business landscape, is coming to the fore.

Low-code development, or the approach to building software in intuitive drag-and-drop tools with pre-built components, gained traction in 2020 amid cost optimization efforts and the shift to remote work, and is expected to become essential to the practice of ERP consulting. Built upon low-code platforms, ERP systems are modular and agile, allowing companies to upgrade, modify or customize it rapidly.

In this article, we explore the five major opportunities low-code ERP tools create for their adopters.

Being a central data and operational hub, an ERP system needs to stay aligned with processes and workflows across departments, in addition to being up-to-date and fully functional. However, the upgrade or customization of traditional ERPs turn out so lengthy and complicated that a fair share of companies chooses to avoid them for fear of business disruption and ensuing expenses.

Putting pre-built functional components together in an intuitive visual interface, developers can skip such time-consuming stages as hand-coding, integration, and testing when creating new functionality or modifying the existing one. Owing to a shorter development cycle, enterprises can tinker with the system more frequently and deploy meaningful improvements or innovations on demand, keeping their system future-proof.

Optimize IT resource use

ERP implementation calls for many internal resources. What’s more, resource requirements don’t decrease much for smaller organizations, as such projects need the involvement of IT specialists and business users across departments alike. As a result, traditional ERP adopters often face resource constraints from the very beginning and down the line, when the system needs upgrades and modifications, which translates into budget overruns.

Having implemented a low-code platform, companies can involve fewer IT resources in ERP customization projects. Accessible to users with limited development skills, the solution allows a smaller number of low-level IT specialists or even citizen developers to successfully carry out the changes, letting professional developers concentrate on more demanding tasks.

The ever-increasing digitization of enterprise operations puts a great strain on in-house development teams. Amid the maintenance and support tasks, they do not always have time to fulfill the business department’s requests for improvements and new features.

In the meantime, 96% of non-tech employees agree that such tardiness negatively affects their companies, making them miss strategic targets as well as cost-reduction and competitive advantage opportunities, found the 2019 Study of Business and IT Alignment. What is more, 58% of them would rather build applications themselves than explain their ideas to the IT and wait indefinitely.

Opting for a low-code ERP solution, companies provide their business users with a means to build or customize features and workflows on their own, without IT specialists’ involvement. Becoming a citizen developer — a non-tech user well-versed in low-code development — demands training, but having fostered such specialists, the company ensures that the ERP is in capable hands, keeping it efficient and up-to-date.

Low-code platforms contain a rich library of pre-built functional components, ranging from business logic to user interface, together with connectors to back-end services. To meet the needs and quality requirements of various potential users, these elements are created according to development standards, best practices, and security requirements.

This way, by embracing low-code ERP customization, companies can be sure that even those features built by citizen developers with out-of-the-box modules will function properly and support their business functions as intended.

However, not all ERP owners are ready to settle for standardized solutions. To this end, some low-code vendors provide access to their platform’s source code, thus making the pre-built components customizable and reusable for building brand-new features. As a result, enterprises save time usually spent on from-scratch development and still take advantage of high-quality pre-built elements.

Cumbersome and modernization-resistant, ERPs have been traditionally riddled with shadow IT issues as business users resort to unapproved data storage or analytics tools that cater to their operational needs.

In response to last year’s shift to remote work, shadow IT of all types grew further, driven by reduced corporate oversight and the disconnect between IT and business departments. This increase creates glaring security and compliance gaps in ERP solutions, in addition to collaboration inefficiencies.

Low-code ERP development emerges as a viable solution to the shadow IT problem. Having the proven means to customize and scale up ERPs under their own steam, business users won’t need to bring in potentially vulnerable third-party tools. What is more, with baked-in security controls and governance processes, a low-code platform will mitigate the risk of human error and facilitate security protection during and after development.

Are low-code ERPs here to stay?

Today, neither large companies nor SMBs can’t afford to have an inflexible, cumbersome business infrastructure, and low-code development is just the right thing to make traditionally rigid systems more agile and flexible.

Adopting an ERP based on a low-code platform, the company taps into on-the-fly and high-quality customization and upgrades, saves costs and IT resources, and strengthens such a system’s security. While low-code tools could never become a complete substitute for custom ERP development, the advantages they bring make their adoption more than worthwhile.

Ivan Kot is Customer Acquisition Director and IT Solution Manager at Itransition, focusing on business development in verticals such as Business Automation, and cutting-edge tools such as Blockchain of Business. He began his career as a developer, taking different positions in both web and mobile development projects, and eventually shifted focus to project management and team coordination. Ivan’s everyday motto is: if something has to be done, it has to be done right. 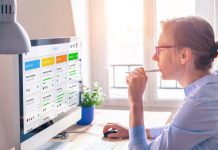 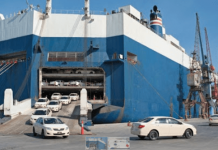 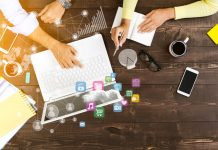 Why Big Publishers Move Away from Social Media Groups?