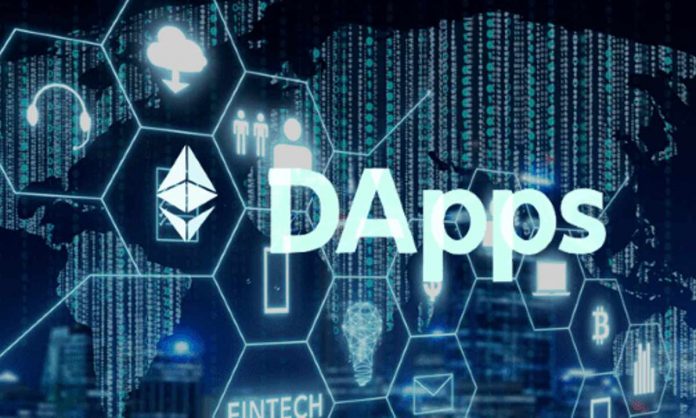 In 2022, most users are used to getting direct services, thus cutting out a middleman. From on-demand food delivery to taxi-hailing, customers now need more enablement and direct engagement into the market. That’s why decentralization is on the rise nowadays with the global spending of over $6 billion in 2021.

Decentralized applications, in particular, offer a radical new way of building applications and supreme user experience. But is it worth investing in 2022? Let’s find out.

A short primer on dApps

The heightened trend toward dApps wasn’t obvious until 2021. Back in 2019, the number of unique active wallets wasn’t higher than 20K, according to the DappRadar report. In 2021, this number amounted to 27 million UAWs, hitting a milestone in dApp adoption.

With high-flying brands joining the party, we’re probably on the verge of mass dApp adoption. But what is a dApp?

Decentralized applications, or dApps for short, are software programs that run on a blockchain network. They do not rely on any single third party to function but instead use smart contracts and the consensus of the blockchain to ensure that all parties involved in an application benefit from its services. Although dApps are most commonly associated with Ethereum, they can also be found on other blockchains like EOS and NEO.

From a user’s perspective, both dApps and standard applications seem and feel similar. However, decentralized architecture, bolstered by smart contract backend, is what makes dApps a tempting solution option.

A smart contract is a computer protocol intended to digitally facilitate, verify, or enforce the negotiation or performance of an agreement. Smart contracts allow the performance of credible transactions without third parties, thus accelerating the process and making it cheaper.

As for the front end of decentralized applications, they’re nothing different from traditional solutions. You can use the battle-tested concoction of HTML, CSS, JavaScript, etc or an equivalent stack.

What are the main benefits of dApps?

Since blockchain technology is used to develop dApps, you can enjoy complete security from this innovative system. It means that dApps are located on a shared database that copies stored data across all other nodes. In case of a data breach (which is almost impossible), one corrupted node doesn’t take down the whole system and still allows a company to access its critical data.

Once a developer deploys the smart contract on the blockchain, the network allows companies to serve their clients with minimal interruptions and downtime. It also means that any denial-of-service attacks will be ineffective against decentralized applications.

All dApps are protected with cryptographic keys. This minimizes the possibility of personal data theft as well as protects user payment information. Besides, it is not technically possible to deny access to the dApps to a single user or to users living in a particular country.

Real-World Use Cases for dApps

Since the majority of decentralized solutions sit on the Ethereum mainnet, they inherit its immutability and transparency. These features make dApps a great option for applications that require an open network. And although Ethereum dApps are not infinitely scalable, they still account for the largest share of apps on the market.

DeFi, or Decentralized Finance, is the latest development in financial technology. It refers to a new wave of services that are being developed using blockchain technology and smart contracts. DeFi services aim to streamline many aspects of developing a business as well as day-to-day financial management for individuals.

In simple words, DeFi can be alluded to as peer-to-peer financial services stored on a blockchain that does not require any third party to verify or monitor transactions. Examples of DeFi decentralized applications range from contract-powered loans to minting of stablecoins to decentralized exchanges.

Non-fungible tokens are ruling the roost at the moment hence the peak in their popularity. As of February 2022, the value of NFT sales equates to over 86K, according to Statista. Hence, it comes as no surprise that NFT marketplaces have become a viable project idea based on blockchain and dApps. As such, NFT marketplaces act as a traditional auction where users can create, customize and trade any NFT on the blockchain.

Blockchain-based games have also stepped in as a trending market with many opportunities to be explored. dApp games enable players to earn in-game assets as they play in the form of NFT. In-game assets are stored on a public blockchain, players own the assets they earn and can trade them. Splinterlands and Alien Worlds are among the most prominent and bankable examples of gaming dApps.

In a world where popular social networks get criticized for compromising user privacy or scaling the tips, the Internet has been longing for a new generation of unbiased and more private communication networks. Decentralized social media is premised on independently run servers, thus eliminating a single control model.

Can dApps topple their centralized counterparts?

All totaled, decentralized applications are currently uniquely positioned to disrupt the way we think of digital applications. Based on blockchain, they offer an unmatched set of perks for businesses and individuals as well as eliminate the downsides of centralized solutions. The positive market dynamics also attests to the feasibility and profitability of dApps, which secures them as a future-proof project.

As for their market dominance, decentralized applications are unlikely to replace traditional applications in the coming years. Instead, they will successfully coexist in the business landscape, yet gain traction and grow a user base.