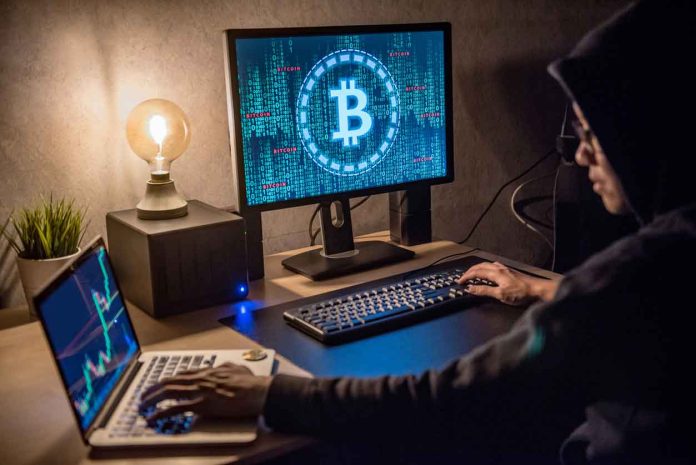 Here if we talk about ISIS i.e., Islamic State of Iraq and Syria, then it is a terrorist team which is considered to be one of the richest in the world. While the group typically uses confiscated oil fields in northern Iraq and Syria to generate its funds, it continues to seek various other ways to secure financing. When ISIS was first established, donations from wealthy sympathizers helped a lot in its founding. Global governments have also learned about ISIS and are actively trying to track and block all funding attempts through banking channels, yet donations have been difficult to obtain.

However, all these straining have not forbidden ISIS from looking for ways to bypass money-laundering filters and sanctions. Now cryptocurrencies like bitcoin are being used by this group because they want to transfer pesos in an untraceable and anonymous way. In addition, here’s the things you can buy with Bitcoin

It is in the form of a digital currency which is an electronic cryptocurrency. It is also called the most popular currency in crypto. It is also used to make purchases of both actual goods and services. It is not contractually backed by any asset or fiat currency laws and cannot be controlled by any central authority.

If you want, you can send bitcoins to anyone; they just need to have an internet connection. When you connect with Bitcoin, you will need to set up a virtual wallet where Bitcoin and all its transactions are stored securely. According to CoinDesk, the wallet contains a file of the digital key used to access your bitcoins and sign each transaction that is made. The business is initiated by sharing the wallet’s anonymous personal identification number with a colleague or merchant. If we talk about virtual wallets, there are many types, but the most popular among them are mobile wallets, desktop wallets and web-based wallets.

Here if we talk about mobile wallets, they are capable of working through smartphones. To get access to virtual currencies you will first need to download an app to your phone.

It exists as a wallet that provides greater anonymity and security. This is the only wallet that is capable of acting as a software program, in order to utilise it you need to download it to your computer. All your transactions are processed by the desktop wallet, in addition, it allows for storing private keys and creating new addresses.

This is such a wallet that stores your private key online through a web-connected server or the main computer. This wallet allows for more flexibility by being linked with your mobile device and desktop wallet. However, web-based wallets are more prone to risk than desktop wallets.

Like heavy quantity technology, criminals, fraudsters and terrorist groups are looking for There are a few ways to exploit them to make nefarious use – and bitcoin is one of them. Since this currency allows inaccessibility and anonymity. Apart from this, it can also be done for things like transferring money to support terrorist activities or criminals.

There are many ways for the ISIS group to obtain funds, but one of them is the cryptocurrencies it will begin to adapt to using; The group has also been seen to be quite proficient with social media and technology. ISIS is also known to recruit individuals and find funds through a variety of tools such as YouTube, Twitter and Facebook. There are also some challenges involved with how to convert bitcoin to physical currency in the state the group operates in.