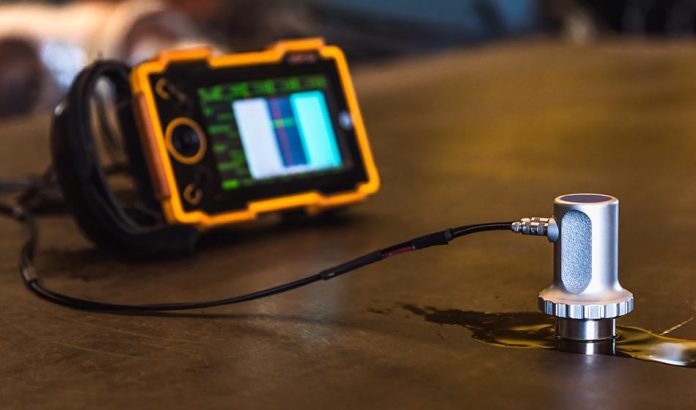 In most ultrasonic testing applications, short waves ranging from 0.1-15 MHz transmit into the materials to detect internal faults.

One typical example is measuring ultrasonic thickness to test the object’s thickness, such as checking the pipework corrosion.

NDT-KITS (Honesdom international HK limited) is a high-tech company where we focus on the research, development, and manufacturing of ultrasonic equipment as well as ultrasonic probes.

1. What is Ultrasonic Testing?

Ultrasonic testing (UT) is a non-destructive test technique used to utilize sound waves to identify cracks and malfunctioning in materials and parts. Also, UT is used to measure the thickness of a material, such as measuring a pipe’s wall thickness.

Since the technique has higher power potential than non-destructive test methods, ultrasonic testing produces well-defined images and shows the properties deeper than surface-level than any other method.

2. Why is Ultrasonic Testing Important?

A non-destructive testing technique, ultrasonic testing is best for detecting errors and defects without destroying the material or object being tested. Repetitive ultrasonic checks can detect any corrosion or growth of unidentified errors, preventing the failure of a part of the whole asset. Ultrasonic testing is used in many industrial applications such as automotive, medical, aerospace, metallurgy, construction, and manufacturing.

3. How does Ultrasonic Testing Work?

In this technique, an ultrasound transducer, especially phased array transducer attached to a detecting gadget is passed over the material or object being checked. The transducer is then detached from the test object using water or couplants such as oil as immersion testing.

When an electric current passes, the transducer vibrates at a given frequency, producing an ultrasonic sound wave with 40 kHz. The sound waves produced transmit in a specific direction. In the case of any object on the route, an echo is generated then the waves bounce back to the transducer. The device converts the echo into an electrical signal.

However, when the test is done using Electromagnetic Acoustic Transducer (EMA), couplants are not needed.

4. What is the Basic Principle of Ultrasonic Testing?

A typical ultrasonic testing detection system has a number of functional elements, such as the transducer, receiver, and display devices. A receiver is an electronic device that produces electrical pulses at high voltage. On the other hand, a transducer is driven by a pulser to generate HF ultrasonic energy. The sound energy is generated and moves through the materials in the waveform. all the process need to be calibrated by ultrasonic calibration block.

In case of a disconnection, maybe due to cracks in the wave route, some energy is reflected from the defective surface. Then, the transducer converts the reflected wave signal into an electrical signal and is shown on a screen.

There are two methods used in receiving the ultrasound waveform. They include reflection and attenuation methods.

The transducer sends and receives pulsed waves in reflection mode as the sound is sent back to the device. The reflected ultrasound is generated from a link such as an imperfection inside the object or from the back wall.

The attenuation method is also known as through-transmission mode, and a transmitter directs ultrasound through a single surface. Then, a single receiver senses the amount that reaches it on a different surface after moving through the medium.

Flaws or any other conditions in the vacuum between the receiver and the transmitter minimize the volume of sound transmitted, hence showing their existence. When a couplant is used, it increases the accuracy of the process by reducing the ultrasonic wave energy loss due to the space between the surfaces.

5. What are Advantages and Disadvantages of Ultrasonic Testing?

Have you considered the advantages and limitations of ultrasonic testing? What are they? Here are some of them listed below:

Having read through this post, you must have realized that ultrasonic testing is very important in sound transmission. It is an essential technique that should be carried out by skilled personnel for its effectiveness to be felt. Therefore, you should be careful when using the method to avoid adding more problems to the material instead of reducing the flaws.