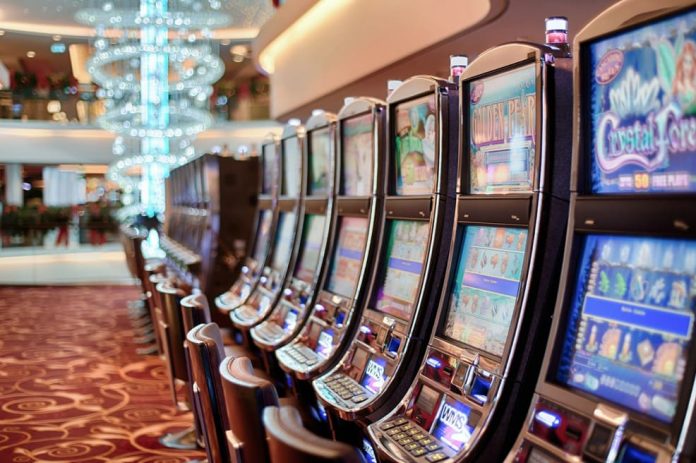 Facebook opened up its virtual reality world, Horizon Worlds, to anyone 18 and older in the U.S. and Canada on Thursday, December 9th. This is an important step for Facebook as it changes its name to Meta and adopts a new moniker to describe its vision for working and playing in a virtual world. Just like most Australian online casino real money, users will no longer need any specific parameters to enter Horizon Worlds with the update.

Meta has been working on virtual reality since 2014, when they acquired Oculus VR for $2 billion. Meta’s ultimate goal is to create a Metaverse, a virtual world where people can live, work and play. The company believes that Virtual reality has the potential of changing the way we interact with friends and other people globally.

By opening up Horizon World, they hope to explore how people can connect with each other and discover new experiences in a virtual space. Facebook is working closely with developers to create unique games and entertainment that will take advantage of this medium. Meta is currently developing augmented reality glasses, which will be available within five years for as little as $1,000.

The company is also developing a platform for virtual reality and augmented reality which will bring the most popular media formats such as movies and games to life with an immersive three-dimensional experience. This is all part of their mission to create tools that enable people to be anywhere they want and share experiences with others.

Though Meta’s vision is still being realized, Facebook has made great strides in this year’s virtual reality space. The company recently opened up its Oculus VR division to all developers, making it possible for more people to create their own VR applications. Their acquisition of virtual reality-based company Pebbles Interfaces also enables developers to create immersive experiences with natural hand gestures.

Horizon Worlds was made available to a select group of Oculus VR users in its beta stage. Users will no longer be required to be invited with the announcement on December 9th. People who use Facebook’s Oculus virtual reality headsets may be able to individually create legless avatars they can use in wandering in Horizon Worlds’ animated 3D world. In addition, they may play games and interact with other users’ avatars in the Horizon Worlds.

Since acquiring Oculus in 2014 for $2 billion, Facebook has struggled to gain broad appeal outside of a niche audience. Nonetheless, the tech giant has made developing technologies, goods, and services for the Metaverse a major objective.

The opening of Horizon Worlds to the public suggests that Facebook is keen on further developing virtual reality technology. The company sees potential in VR beyond gaming and has been heavily investing in the technology over the past few years. In regards to what this could mean for the future, one thing is for sure; as virtual reality technology continues to develop, it is likely that we will see more platforms for socializing and entertainment in virtual spaces. Facebook’s Meta is one of several companies leading the charge in this development. With continued investment in VR, it is likely that we will see even more advanced and immersive virtual worlds in the coming years.

Five Things that May Happen in the Metaverse

As virtual reality technology continues to develop, it is likely that we will see more platforms for socializing and entertainment in virtual spaces. Here are five things that may happen in the Metaverse:

1. We will Use VR to Connect with Friends and Family from All over the World

One of the most significant impacts virtual Reality has on our everyday lives is in connecting with others. The ability to virtually interact with family and friends all over the world will transform how we communicate, leading to increased socialization.

2. Communication will Be more Natural

With Oculus’ current technology, users can look around or teleport to another place by holding up their hands and pointing at an object. They may even make hand gestures that correspond with what they are saying (i.e., thumbs up). This type of communication helps in creating a more natural flow instead of typing words into an app or phone.

3. We’ll Be able to Travel without Leaving Home

Technology has already made it possible for us to visit places that might otherwise be out of reach; however, virtual reality will make it possible to live in places we’ve never been. Traveling and exploring new cities or countries from the comfort of your own home is just one of the many possibilities virtual Reality brings about.

4. Social Media will Be Transformed

Companies like Facebook and Twitter already have a stronghold on social media. However, with the development of virtual spaces, we could see entirely new social media platforms that facilitate interactions and sharing in avatars.

5. It will Become Harder to Tell What is Real

The line between what’s real and what’s virtual has already blurred thanks to the widespread use of the internet; however, advancements in our ability to create artificial intelligence may make it even more difficult to distinguish between real-life experiences and those generated through technology such as VR.

Eventually, we may be able to recreate real-life experiences in a virtual space for people to interact. Virtual art galleries and museums are already a thing, but as VR becomes more widespread, it’s likely that many other recreations of real spaces will pop up.

These are just a few examples of the ways in which virtual Reality may impact our lives. As virtual reality technology continues to develop, we will likely see even more changes in how we interact with friends and the world around us.

Virtual Reality has been growing by leaps and bounds over the past few years. With companies like Facebook’s Meta leading the charge, VR is destined to change the way we interact with each other and the world. In the coming years, we are likely to see more platforms for socializing and entertainment in virtual spaces, as well as a blurring of the line between what is real and what is virtual. An exciting time is ahead!