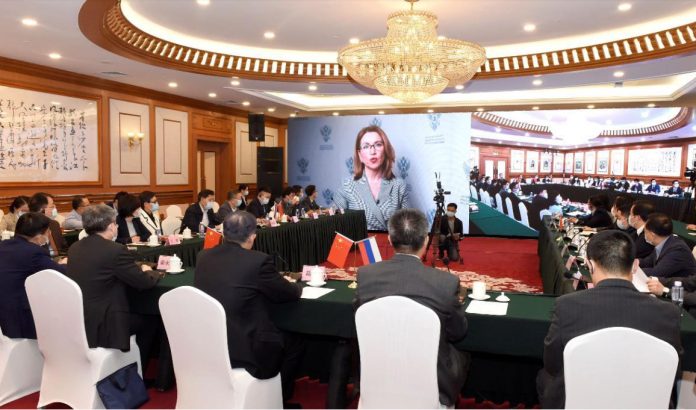 What is the 18th CIEP and Russia’s Guest of Honor

The event’s objective was to promote the critical role of science and technology innovation through the “Smooth Circulation”. A number of activities were lined up to facilitate this theme, such as various activities of small scale, multiple sessions and precision will be held based on the extant problems, market demands and the actual situations of relevant partners. The event focused on fundamental and applied scientific research, as well as significant issues in economic and social development, heated issues and industrial development needs, and overseas experts and scholars of different academic and technical backgrounds, as well as technology holders, will be invited to carry out in-depth exchanges with the Chinese partners.

The Purpose and Process of the Visit of the Russian Delegation

In one of his speeches, Vice Minister Huang Wei expressed that the COVID-19 epidemic did not hinder the friendship and exchanges between China and Russia. Being the first major event since the launch of the Year of Scientific and Technological Innovation between China and Russia, Russia being a guest of honor at the 18th CIEP is a significant move in nurturing the relationships between the two nations. Their guesting was generally well-received by the public and online viewers. Vice Minister Huang Wei hoped that Russia would become a long-term partner of the CIEP and work with China to promote practical bilateral international scientific and technological cooperation and exchanges, and jointly upgrade China-Russia comprehensive strategic partnership of coordination in the new era to better benefit the people of the two countries and even the world.

The Deputy Minister of Russia, Borisova, welcomed the event with open arms and said that Russia’s guest of honor was a significant event under the framework of the Russian and Chinese Year of Science and Technology Innovation. Nine important events have preceded the 18th CIEP, including “Russian Guest of Honor Week”, a high-tech forum, a thematic round table conference, bilateral meetings and negotiations. There were more than 500 famed experts, professional scholars and enterprise leaders from the two countries participated in the event, and the number of participants online and offline was over 800,000.

What the China and Russian Delegation Gained

Xia Bing, the Deputy Director of China International Personnel Exchange Center and Popov Gennady, the Vice Chairman and Chairman of the Executive Committee of the International Union of Instrument Manufacturing and Information Communication of Russia, jointly delivered the summation of the event’s agenda for each country respectively.

Since its launch in September, a total of nine special events have been held in the efforts to strengthen the alliance between the nations. A number of offline and online video conferences in Beijing, Shenzhen, Shanghai, Harbin, Nanjing, Wuhan, and Xi’an that focus on the fields of advanced manufacturing, new materials, biomedicine and health, science and education innovation and cooperation in universities were held as a result. Other important milestones were the establishment of the China-Russia Alliance of Natural Products and New Drug Discovery (CRAND), the awarding of the “Sub Center of Sino Russian Silk Road Industrial Park”, the launch of the initiative of co-building the “Silk Road Science and Education Center”.

The 18th CIEP saw a groundbreaking number of attendees and participants that reached a new high among all countries. This is a major breakthrough in terms of promoting the diplomacy and two-way flow of talents between the two nations, which in turn strengthens the cultural relationship between the two and inspire more practical cooperation changes.

Pamela Martinez is a writer for The European Business Review. She is dedicated to crafting timely blog pieces about business acumen, changing leadership dynamics, emerging finance and technology trends, global breakthroughs and how these spaces intersect from a millennial’s perspective. She also works as an editor and content strategist and the sister publications of The European Business Review. 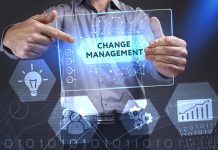