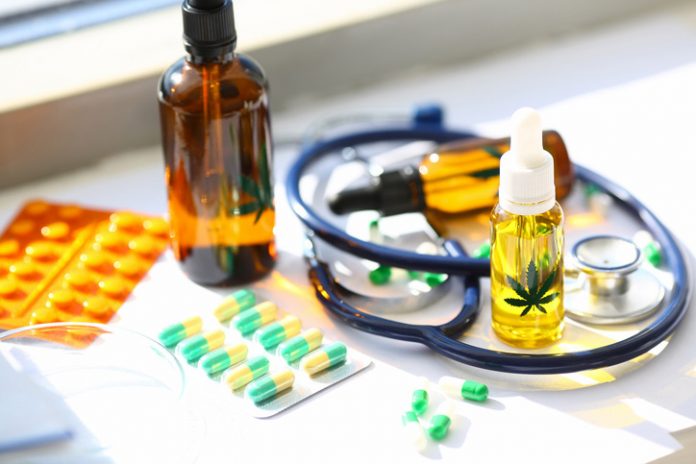 The legalization and decriminalization of cannabis is a very controversial topic in the United States today. Cannabis, also known as marijuana, is used both legally and illegally to allegedly cure many different diseases and ailments, including cancer, seizures, migraines, chronic pain, depression, anxiety, multiple sclerosis, insomnia, asthma and even weight gain. There are an ever-increasing number of states that have passed legislation allowing for the medicinal use of marijuana. However, despite what is claimed by users and growers of this plant, it still hasn’t been conclusively proven to cure any diseases.

Not only could cannabis be potentially dangerous in its use as medicine, but many people who self-medicate with this plant do so illegally because there are no other legal and effective options available to them for what ails them.

So, without further hesitation, let’s look into the pros and cons of medical cannabis!

What is medical cannabis and how does it work?

Cannabis is a genus of flowering plants in the family of Cannabaceae, which includes both hemp and marijuana. Both have been used since ancient times for a variety of uses, from food to textiles. In recent times, cannabis has become best known as a recreational drug or medicine.

While marijuana is healthier than tobacco and alcohol when compared on a chemical level, it is still a drug.

The first reported use of cannabis dates back to 10,000 BC China, where it was used as a herbal remedy for rheumatism, gout, malaria and even poor memory. Evidence has been found of past use in ancient Greece and Rome and in medieval China and Egypt. The first written account of cannabis use came from Chinese physician Fu Hsien in 2900 BC, who used the plant as an anesthetic during surgery.

The pros of medical cannabis

Here’s everyone’s favorite part! The pros of medical cannabis include:

Pain relief and management- especially chronic and/or neuropathic pain, marijuana is reported to be a relatively safe and effective treatment for some types of pain. When compared with other pain-relieving medications, such as opioids or acetaminophen (paracetamol), for example, marijuana is not as dangerous or addictive.

– alternative to these commonly prescribed pain medications that have had negative side effects within the body that outweigh any benefits provided.

Besides being used for pain relief, medical marijuana has also been associated with the successful treatment of chemotherapy symptoms, glaucoma, AIDS, and MS, Parkinson’s, Crohn’s disease, and Fibromyalgia.

It is also used to restore appetite after eating disorders, such as anorexia nervosa. Gotta love the munchies!

The cons of medical cannabis

However, when it comes to marijuana being legalized for medical use, the potential negative effects of this type of drug must be taken into consideration. Some have voiced concerns that legalizing medical marijuana would cause an increase in recreational use by adolescents and adults. This could lead to addiction issues among users who are unprepared for or do not understand the effects of the drug.

Medical marijuana is a very controversial subject in American society, which raises several questions: Is it right for people to use medical cannabis? Should it be allowed by law even if it means saving lives? What would happen to society if everyone was high all the time?

Cannabis has been known to cause paranoia, hallucinations, delusions, and other side effects that could interfere with the daily lives of users. If it were legalized, people would become dependent on it for everyday tasks such as driving their children to school or going grocery shopping. There are few things wrong with cannabis itself; it is simply a substance that alters one’s mind.

Who can use medical cannabis and who cannot?

People who suffer from conditions such as cancer, HIV/AIDS, and epilepsy often turn to medical cannabis as an alternative treatment. These patients would benefit greatly from the use of cannabinoids and should be allowed to freely take advantage of them. Though in some places, it’s pretty easy to get a prescription.

How to get a prescription for medical cannabis?

As stated above, it really depends where you are. In some states, there are very easy ways to get a prescription; all you need is an ailment and sometimes even the signature of your primary care physician. But in other states, getting medical cannabis can be like pulling teeth. You need to have tried multiple treatment options for your illness (which generally means you’ve already had cancer).

How to Get Medical Cannabis Online?

The availability of cannabis for medical and therapeutic purposes has become quite mainstream. From improving chronic pain to boosting mental health, the benefits are quite profound. Ensure that you conduct thorough research for the best seed bank to order from to ensure optimal quality and effectiveness of the strain you are purchasing.

There are many pros to medical cannabis, but there are certainly downsides as well.

If you have tried everything in the book regarding medicine and not gotten results, it’s probably time for you to try something new. Medical cannabis might help you feel better than ever before.

You can’t deny it isn’t a good feeling.

Medical cannabis is helpful for those with chronic pain or illness, but it’s definitely not for everyone. Some people might find the high too difficult to manage, and others simply don’t like the idea of inhaling smoke into their lungs…but of course you don’t need to smoke it.

Hopefully, this article was helpful. Thanks for reading!