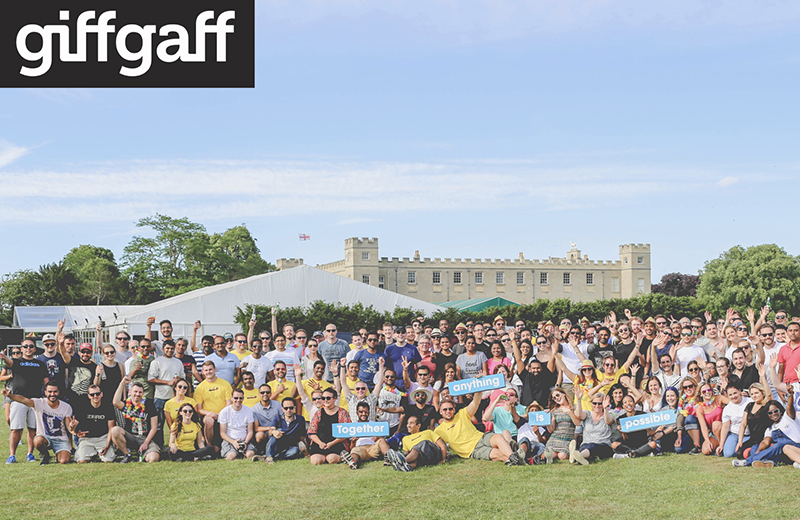 The Minister for Development arrives at the office by bicycle, and gets straight to work. Meeting the other ministries is first on the agenda today, with a number of initiatives in the offing to improve the day-to-day lives of the 250 people that make up the Republic. The Minster for Health and Wellbeing kicks of the meeting, with some good ideas in particular coming from the Minister for Parties and Good Times.

You will realise by now, dear reader, that this is not your conventional set of government ministries, rather an innovative cultural initiative to create a sense of belonging and emotional connection to something special, where culture is also created from the bottom up rather than dictated by management. giffgaff do have a set of carefully curated values designed by management: curiosity, collaboration, grit and positivity and the ministries help bring people closer together in alignment with these.

Kim Faura is the Chief Commercial Officer at giffgaff, the UK telco and number 3 employee in a company that was founded in 2009 and which now, with 250 employees, is outgrowing its fourth office location in Uxbridge just north of Heathrow. He states that the idea for the Republic surfaced when considering the number of members in the wider giffgaff community – members are used in place of customers or clients to reflect the close engagement they have with the company. They actively contribute to development through recruiting new customers, helping them with any issues once becoming a customer, and submit ideas to the company to grow the business, with giffgaff having implemented around 10% of the 18,000 ideas submitted so far. “We realised we had reached a member base size equivalent to a small European country.” explains Faura. The Republic has a national day, in June, when strategy is covered within a fun outdoors experience, a passport which is handed over during the onboarding process and which is stamped for key dates and events including the national day, and frequent Ministerial-facilitated events that cover the areas of Development, Good Deeds, Health and Wellbeing, Sport, and Parties and Good Times.

[ms-protect-content id=”9932″]
giffgaff do have a set of carefully curated values designed by management: curiosity, collaboration, grit and positivity and the ministries help bring people closer together in alignment with these.

Alastair Gill is the bicycling Minister for Development (and assures us he wasn’t disappointed at missing out on the Parties and Good Times brief), an additional role to his main job as People Partner (essentially head of HR). He sees the Ministers as providing a key role in harnessing the energy of the workforce at large, acting as gatekeepers for people at all levels of the organisation to actively bring their passion and curiosity to work. The focus of their energy may not be immediately applicable to the business of giffgaff (for example he facilitated a recent request to organise a workshop on bitcoin

) but it helps promote a positive culture of engagement where discussions may move in and out of the work context. He views the Ministries as a “platform for people to step up” and believes the lack of emotional connection in our communities in recent years, certainly evident in British society, may be filled in the workplace.

My visit to the company this month involved giving two talks as part of their Blue Monday event, the day of the year, typically the 3rd Monday in January, purported to be the most depressing day of the year. Bad weather, the fading memories of Christmas, holiday season debt and fresh failure from those New Year resolutions were some of the factors identified in the population giving rise to a 2005 press release from a UK travel company which claimed to have calculated the exact date of deepest depression with a mathematical formula. The equation has since been viewed as nonsensical by mathematicians yet it caught the imagination of the British public and enjoys significant media attention each year.

Regardless of the value or accuracy of the Blue Monday concept itself, the approach of turning it on its head is indicative of the culture at giffgaff of challenging convention and bringing a positive mindset to the way of working. Perhaps also indicative of my, and my giffgaff friends’ ages, was our preference to view Blue Monday as the iconic song of the 1980’s by New Order, which provided a suitable loud introduction for 250 people filing in to the town hall where the talks took place.

Highlighting a culture of positivity at work on a day like Blue Monday and the Joyous Republic of giffgaff may just show what more of our working lives will look like in the future.

The London weather was indeed atrocious on the day of my visit, but the buzz inside the giffgaff offices ensured that the Monday blues were nowhere to be seen. The workspace is no longer big enough to accommodate the 250 plus giffgaffers and there was certainly a lack of space, yet a productive Starbucks-type hussle and bussle was pervasive. No working space is perfect. The trade-off between open and closed working spaces continues to be a dilemma for companies around the world with even Apple, after spending 5 billion on their spaceship campus, not immune to moans about lack of privacy from some of their top engineers. What I particularly liked was that all of the team were in it together. The CEO (or gaffer as he is more informally known) Mike Fairman was planted square in the middle of the working melee, standing at a communal high desk with five or six others.

Growth continues to be the main aim for giffgaff, of both employees and their members. Talk of the Republic having the population of the United States, India or China may be premature but Kim and Alastair certainly feel there is significant potential, both within the UK market and abroad. Nobel winner Daniel Kahneman said that “optimistic people play a disproportionate role in shaping our lives”. Highlighting a culture of positivity at work on a day like Blue Monday and the Joyous Republic of giffgaff may just show what more of our working lives will look like in the future. 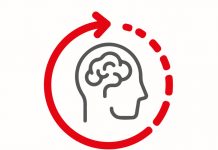 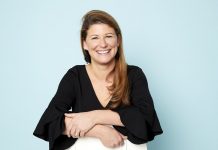 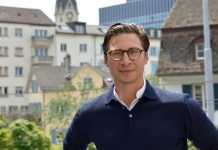 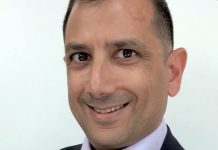 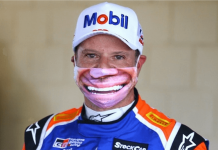 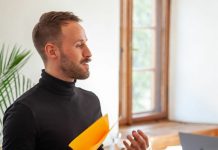