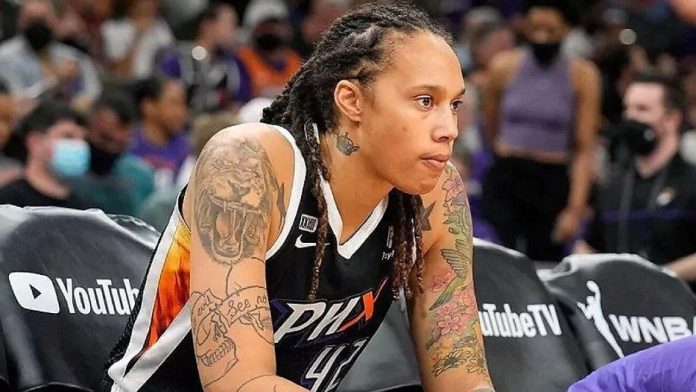 On February 17, Brittney Greiner, the two-time Olympic champion, four-time Women’s Euroleague champion, NBA and NCAA champion, the two-time leading scorer in the NBA, and one of the top 25 players in NBA history were detained at Sheremetyevo Airport on her arrival from New York.

Like many top female basketball players, Greiner plays in the WNBA in the summer and fall and spends the October to April period in Europe. However, women’s NBA salaries are dozens of times lower than men’s and several times lower than European salaries, so the system of women’s basketball is designed so that most players take turns playing for two American and European teams with virtually no vacations. Even though pay inequality is a pressing issue that needs to be addressed, there are areas where everyone has equal chances. One is the entertainment field, such as gambling and betting, where the leading role is played by chance or the player’s skill. Check the cricketbetting10.in website if interested in how this sphere works.

Who is Brittney Griner?

For the last seven seasons, Greiner played for the Yekaterinburg UMMC, an annual “Dream Team” of American basketball players, which is why the center was in Russia at the moment of her arrest at the airport. Brittney had returned from a 10-day vacation at home in Phoenix, America. At Sheremetyevo, while going through customs control, the basketball player was found with vapes of hashish oil.

Griner’s arrest was not made public until March 5.

The basketball player was not charged with simple possession of a prohibited substance. Still, with smuggling – it is unclear what sense in smuggling 0.7 grams of the substance, but the case was opened under article 229.1 part 2, item “c” of the Criminal Code (drug smuggling in a significant amount, provides for punishment of imprisonment for the period from 5 to 10 years).

Brittney claimed that she accidentally threw the cartridges into her bag while rushing to catch a flight from New York to Moscow but fully admitted her guilt. Greiner said she had no intent to commit the crime. Medical marijuana was prescribed to her by an Arizona doctor instead of traditional painkillers due to the latter’s side effects. Greiner used it only out-of-competition – doping controls exist in Russia and the US, and in the women’s NBA, all marijuana use leads to fines and disqualification. Griner’s post-arrest test came back negative.

Greiner said in court that medical marijuana is unlikely to be used for recreational purposes. She said it has a higher concentration of cannabidiol (CBD), a chemical compound believed to be responsible for reducing pain syndrome, than regular marijuana. Greiner and her representatives claimed that the basketball player’s inattention while picking up the bag was due to fatigue from the long season, jetlag from flying from Russia to the United States, and post-conscience syndrome, which can reduce cognitive function.

The US State Department generally advised American citizens, including athletes, not to come to Russia this year-but. Greiner explained that she was returning to Russia for UMMC and could not leave the club at a crucial point in the season: “The team and I fought hard all season for a place in the table. I wouldn’t let them down for anything”.

Who stood up for her?

Maxim Ryabkov, the club’s director, gave a positive account of Brittney Greiner during her court appearance. She said she contributed significantly to the club’s success and basketball development in Russia. We jumped up the Euroleague’s rating thanks to her. We tried to answer the questions that the prosecutor had.

That didn’t seem to affect the prosecutor’s resolve to demand 9.5 years in prison, nor did it affect the court’s verdict.

Generally, for the first few months, the Griner story was hushed up in the States at the request of the US State Department in order – as ESPN explained – “not to make her an even more valuable asset.” However, Griner’s case was later picked up by former US representative to the UN Bill Richardson, who had been involved in hostage release for years.

Afterward, US officials announced that the State Department believed the Russian Federation had wrongfully detained Brittney Greiner: “The State Department will take steps to ensure that Ms. Greiner is properly supported,” the statement said.

An acquittal in America was hardly hoped for, so this support implied further prisoner exchange negotiations – possible only after Griner’s sentence went into effect.

What are they saying in America? What about Russia?

In Russia, almost no one has spoken out publicly in defense of Griner except Griner’s representatives. But of course, there have been plenty of comments condemning the basketball player. 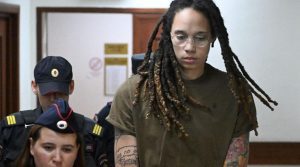 Is an exchange of Greiner for imprisoned Russians in the United States likely?

The administration of US President Joe Biden has long urged Congress to offer options for exchanging Russian nationals held in America for Griner. However, the US government does not welcome such initiatives, fearing that it would encourage other countries to detain Americans.

The proposal to swap Victor Bout for Griner and another American, Paul Whelan, who was sentenced to 16 years in prison in Russia for espionage, appeared first. Bout was arrested in Thailand on March 6, 2008, at the US request and later extradited to the United States. He was found guilty of conspiring to sell arms to the Revolutionary Armed Forces of Colombia (FARC), which US authorities consider a terrorist organization, and sentenced in 2011 to 25 years in prison.

CNN later reported, citing its sources, that Russia demanded in exchange for Griner and Whelan not only Bout but also FSB worker Vadim Krasikov or Roman Seleznev, the son of Russian State Duma deputy Valery Seleznev. Krasikov was sentenced to life in Germany in December for the 2019 murder of former Chechen fighter Zelimkhan Khangoshvili. Seleznev was sentenced to 27 years in the US for stealing credit card data and organizing online fraud.

The US side was not interested in such exchange options. “We have made a significant offer and are willing to negotiate in good faith. But we haven’t seen anything in good faith yet. Instead, a counteroffer has been made to us, which we do not consider serious. Therefore, we cannot begin negotiations with such inputs,” said White House spokeswoman Karin Jean-Pierre.