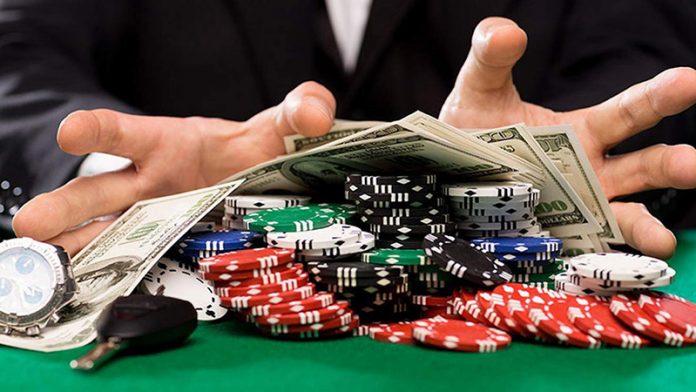 Everyone dreams of winning big at the casino. It doesn’t matter whether you’re a novice or experienced player – there’s always a little part of you that wishes for it. While luck might make a difference in your earnings, skill is definitely a big part of it.

Five Winners Who Beat the Casino

Imagine being one of these five players at the table, sweating it out, praying for Lady Luck to be on their side. Nothing beats the tension felt during a poker game where the player stands to win or lose a few million in just one hand.

Mr. Karas, a Greek-American, is famous for a winning streak known by many as The Run. He won a total of $40 million from Las Vegas casinos, and it only took him three years (1992-1995). Archie is a legend on The Strip, who managed to turn $50 into $40 million before losing most of it in the space of three weeks.

Things went downhill for him after that, as he faced numerous charges for running casino scams. In 2013, he spent some time in jail for his wrongdoings. Despite all that, he’s still known as one of the biggest casino winners out there.

A man who wishes to remain anonymous hit the $38.7 million jackpot in March of 2003. His lucky win took place at the Excalibur hotel-casino when he put three $1 coins in a Megabucks Jackpot machine.

Legend has it the 25-year-old drove over to Las Vegas from Los Angeles to enjoy March Madness and some casino games. Little did he know, this spring weekend was going to change his life forever. Now, this isn’t very clear, but his winnings probably did not appear in his bank account as one big lump sum. Standard practice dictates that the winner gets his money over the course of 25 years.

Mr. Packer was famous for two things, being a successful Australian businessman and an incredibly lucky gambler. Packer was a huge tipper, frequently paying off mortgages of waitresses he came across.

In 1995, he had a streak of wins at MGM Grand, which netted him $26 million in just a couple of hours. He was playing blackjack and baccarat, throwing down $500,000 bets like they were nothing. It’s interesting to note that his gambling spree resulted in a lifelong ban from MGM hotels and casinos.

In April 2021, a world record was set by a Belgian player on Napoleon Sports & Casino. This is, to this day, the biggest single spin online slot win ever. The anonymous winner took away more than $22 million from a $17 stake on his final spin.

You’d find it interesting to know that the winning game title was Absolootly Mad Mega Moolah by Microgaming. Incidentally, this gaming company has been issuing big payouts lately, making seven gamers millionaires within seven months in 2020.

Imagine spending 30 cents on a bet and winning $18 million from it. That’s what happened to a British soldier in October of 2015. The Afghanistan veteran placed his bet on Betway’s Mega Moolah jackpot and won big, breaking the world record at that time.

Despite such a big win, he went to work the next day like nothing happened. Family to him was everything. He made sure to pay for his father’s medical treatment before spending his money on anything else.

Always remember the golden rule that the higher you climb, the harder you fall. Although casinos will always have the upper hand, you shouldn’t let that stop you from dreaming big.