No matter how colourful your PowerPoint presentation, it does not mean you have a strategy. So what is strategy and what are the most common mistakes one can make when presenting a strategy?

Most companies do not have a strategy. Ok, I admit it, I do not have any solid statistics (if such a thing were possible) as evidence to back up this statement, but I do see a heck of a lot of companies, strategy directors, and CEOs present their “strategies” and I tell you, I think 9 out of 10 (at least) don’t actually have one.

Sure, it depends on the all-evasive question “what is strategy?” but even if you would take the most lenient of definitions, few companies actually have one. Let me not tire you with some real strategy textbook definitions but if I would just put it as “you know what you are doing, and why”, most firms would already fall short on this one.

Most companies and CEOs do not have a good rationale of why they are doing the things they are doing, and how this should lead to superior performance.

Most companies and CEOs do not have a good rationale of why they are doing the things they are doing, and how this should lead to superior performance.

So what do all these CEOs do, when confronted with the question “what is your strategy?” Well, of course they will retaliate with a PowerPoint presentation, headed by the title “our strategy”, and there is stuff on it. It just ain’t strategy.

Let me present you with five such common excuses for a strategy or, put differently, five examples of why the things on the PowerPoint are not strategy:

Are you really making choices?

Strategy, above all, is about making choices; choices in terms of what you do and what you do not do. Future Plc for example has chosen to focus on specialty magazines for young males (decent magazines, by the way…) in English. This contains some very clear choices. The point is that what they are throwing away, i.e. choosing not to focus on, is meaningful. They concern things that could have made them money as well. For example, magazines for middle-aged women might potentially be very profitable, but that is just not what they want to do, because they think concentrating on a clear set of consumers and products will help them do better. Most companies don’t do this; they cannot resist the temptation of also doing other things, which, on an individual basis, looks attractive. As a consequence, they end up with a bunch of stuff that appears attractive, but strangely enough they don’t manage to turn them into a profitable proposition.

Strategy is not just about making choices. Without a proper rationalisation of why your choices are going to help you create value, I cannot call it a strategy.

Or do you just stick to what you were doing anyway…?

Another variant of this is the straightjacket of path dependency, meaning that companies write up their strategy in such a way that everything fits into it that they were doing anyway. And there might be nothing wrong with that, if it so happens that what you were doing anyway represents a nice coherent set of activities. Yet, more often than not, strategies adapted to what you were doing anyway results in some vauge, amorphious statement that would have been better off in a beginners’ class on esoteric poetry, because it is meaningless and does not imply any real choice. The worst of the lot I have seen (although low on poetic value) was Ahold’s strategy, who ended up doing so many different things in so many different corners of the world that they resided to calling their strategy “multi-format, multi-local, multi-channel”. This – not coincidentally – was shortly before the company collapsed.

Sometimes companies make some choices, but it is wholly unclear why these choices would do you any good? It is not just about making choices, you need a good explanation why these choices are going to create you a heck of a lot of value. Without such a logic, I cannot call it a strategy. Let me give you an example, which happens to be the most common strategy I have seen among multinational corporations: The Matrix. On the horizontal axis, one puts countries; on the vertical axis, one puts business lines. And the strategy is to tick boxes, as many as possible, as quickly as possible (preferably through acquisitions). But why would performing all your activities in all your countries be a good strategy? If you can give me an explanation of why this would lead to superior value creation, I might label it a strategy, but such an explanation is usually conspicuously absent. Without a proper rationalisation of why your choices are going to help you create value, I cannot call it a strategy.

A strategy is only really a strategy if people in the organisation alter their behaviour as a result of it.

“We want to be number 1 or 2 in all the markets we operate in”. Ever heard that one? I think it is bollocks. A CEO who wrote to me the other day, after having read my book (“Business Exposed”), said of most of these things proclaimed to be strategies that they were like saying “I am going to win the 400 meters during the 2012 Olympics by running faster than anyone else”. Yes, that is very nice, but the real question is “how?” We want to be number 1 or 2 in the market; we want to grow 50 percent next year; we want to be the world’s preeminent business school, and so on. These are goals; these are objectives, and possibly very good and lofty ones, but strategy they are not. You need an idea and a rationale – a strategy – of how you are going to achieve all this. Without it, they are an aspiration, but certainly not a strategy.

Nobody knows about it

The final mistake I have seen, but scaringly common, of why CEOs who think they have a strategy don’t actually have one (despite circumventing all of the above pitfalls), is because none of their lower ranked employees actually knows about it. A strategy is only really a strategy if people in the organisation alter their behaviour as a result of it. And in order to achieve that, they should know about it… Strategy by itself does nothing; the PowerPoint presentation – regardless of how colourful and fine-tuned – is not going to resort to improved performance unless the choices and priorities it contains result into actions by middle managers and people on the workfloor. A good litmus test is to simply ask around; if people within the organisation do not give you the same coherent story, chances are you do not have a strategy, no matter how colourful your PowerPoints.

Freek Vermeulen is an Associate Professor of Strategy and Entrepreneurship at the London Business School, where in 2008 he was announced as the first ever recipient of its “Excellence in Teaching Award”. He is the author of the book “Business Exposed”, which the Economist labeled “punchy and readable”. The Financial Times described it as “ornery and entertaining: a rigorous challenge to many business assumptions”. In 2009, the same newspaper wrote about Freek: “The London Business School associate professor is a rising star and his pithy observations are both accessible and authoritative”. In 2011, it portrayed him as a “new management guru”. 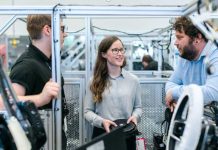 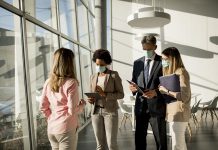 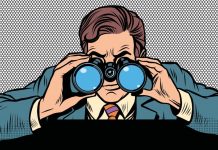