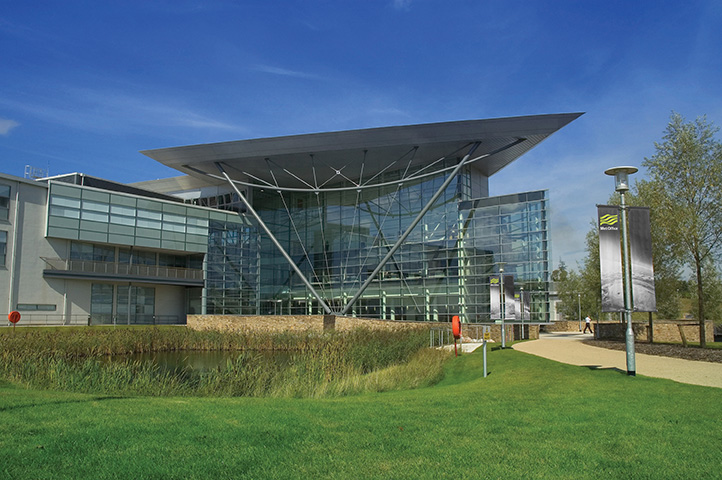 The city of Exeter is proactively developing its credentials as a true exponent of “smart specialisation”, one of the pillars of the European Commission’s “Europe 2020” strategy to deliver smart and sustainable growth. Below, Richard Ball discusses how Exeter is facing up to the smart specialisation challenge and driving significant economic growth.

Cities are engines of growth critical to economic performance and indeed leading new opportunities for recovery and real expansion of economic activity. The South East (of England) often makes the headlines but there are a small number of smaller cities which are comparatively and proportionately for their size, punching ‘well above their weight’ where people work, trade and innovate in exciting organisations directly driving significant economic growth. Some have seen very impressive employment growth over the last decade, bucking the trend in terms of economic recovery with a credible track record of job creation, business formation and survival.

One striking example is the originally Roman city of Exeter proactively developing its credentials as a true exponent of “smart specialisation”, one of the pillars of the European Commission’s “Europe 2020” strategy to deliver smart and sustainable growth. Focussing on selected assets and its strengths which produce much more valuable results, together with its neighbouring local authority areas, it has avoided the temptation of trying to appease everyone by spreading its attention and investment thinly over disparate activities, attracting significant public investment in vital infrastructure opening up new strategic employment sites.

Exeter’s true economy is one that relates to the city and its surrounding area that understands its position and is working to use that knowledge to set out its future, building its strength sustainably in a national and international context. Between 1999 and 2009, Exeter’s economy grew at 6.6% per annum, substantially above the national average with 4,500 jobs created in the city between 2008 and 2010 whilst other areas were experiencing marked reduction. A 2012 BBC Local Growth Research (Experian) report revealed that SME growth in the wider Exeter area is in the top 10 in England. Moreover the Dupont 2013 Half Year Business Confidence Report revealed that the first half of 2013 showed a new record in company registration in Exeter. When Exeter prospers the wider region certainly benefits as the travel to work area is extensive and well served by road, rail and air infrastructure.

The approach of the mature partnership between the private and public sectors in the city has been about genuine collaboration, pursuing quality not mediocrity and supporting the city’s key assets. Most notable has been the growth and enhanced reputation of the University and the professional and business service sector, both critical to the diverse mix which puts the economy in a good position for the next set of developments.

The University of Exeter is a member of the Russell Group, recognising its world class research and academic excellence and links with business. In an increasingly global higher education market, they attract the very best academics and students from around the world as well as investment from multinational, research intensive businesses. It is high in the world rankings and consistently in the top 10 of various national rankings in the UK. The University is engaged in a £380 million investment programme in its buildings and facilities with a focus on excellence in world class standings.

Exeter has a number of knowledge economy assets including the University and the Met Office which have resulted in a new Knowledge Economy Strategy being developed recommending that the focus of future work be on its strengths and potential in the following broad sectors: Big Data, Climate Change, Health Science, Water and Agri-Tech. “Big Data” also provides a key linkage across rich areas of world leading expertise including climate prediction and clinical trials. The potential investment in the new supercomputer at the Met Office and Exeter Science Park could well provide a transformational impact not just on the wider Exeter economy but on the South West economy as well. The University has acknowledged expertise in big data research and the growing use of big data will help open new commercial opportunities, such as businesses providing data aggregation and analytics services to a diversity of businesses in areas ranging from climate change to agri-tech and health.

The presence of the South West Academic Health Science Network (AHSN) in Exeter also has the potential to impact on the development of innovation in the health sector in the region. The purpose of the AHSN is to bring together the adoption and spread of innovation with clinical research and trials, information, education and healthcare delivery. This focus on information and informatics also presents the opportunity to develop more linkage between the health sector and big data. The unique nature of these organisations and facilities is likely to encourage take up from businesses not just from the wider Exeter economy and the South West.

The overall development programme for the city’s economy is geared to the creation of some 26,000 jobs over the next 12-15 years.

In terms of skilled labour supply, the area has no problem at all with its undoubted environmental and other qualities in attracting highly qualified experienced people and is well capable of producing its own. University of Exeter was University of the Year 2012, Exeter College was Further Education College of the Year 2012 and a new specialist maths school is due to open in September 2014, one of only two in the country. Over 36% of Exeter graduates are involved in science, technology, engineering or maths-related subjects.

Exeter has seen a step change in its economic performance and is well placed to play an even more important role. It has demonstrated other key elements of smart specialisation, the importance of agility, an advantage of not being too big, and public and private partners agreeing and working to a clear, comprehensive, proactive and responsive plan with accountability and responsibility in place alongside frequent monitoring and risk mitigation. Strategic developments are being brought forward which will deliver large scale and broad based growth making a meaningful contribution to rebalancing the economy. A new science park and other highly visible and accessible employment sites are ready and available.

Economic growth is also being pursued hand in hand with housing development to ensure successful and sustainable development including the largest low carbon district heating network outside of London reducing costs and the carbon footprint.

The overall development programme for the city’s economy is geared to the creation of some 26,000 jobs over the next 12-15 years. A study undertaken last year concluded that the estimated investment expected to date in delivering all developments in the programme equates to more than £3.9 billion.

Exeter is facing up to the smart specialisation challenge. Leadership is certainly being provided by serious public and private sector champions, and high levels of professionalism and determination. The other key is effective innovative collaboration across all stakeholders – public, private, voluntary sector, and academia to harness, encourage, promote and support commercial but also public, political and societal entrepreneurial activity at all levels.

Unashamedly the message is – Invest in Exeter: Expect Success. Please use the QR code below to see what Exeter offers. 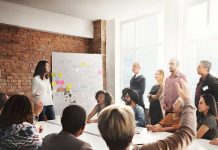 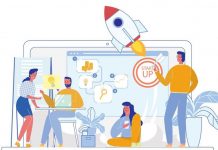 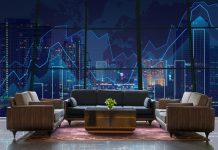 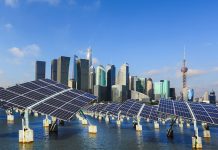 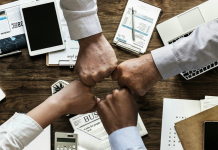 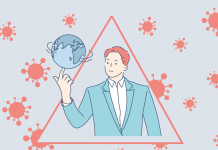