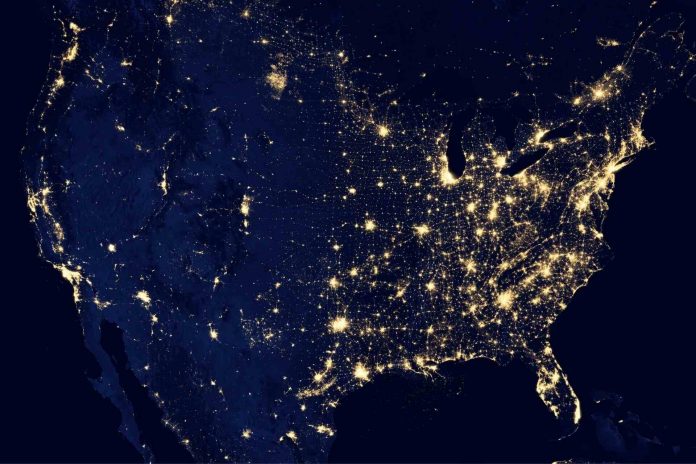 A lot of information on climate change has resurfaced in recent years: from rising ocean levels to spontaneous off-season hurricanes, the planet’s climate is going through man-made changes. Many environmentalists have turned towards the space industry for climate change solutions using their futuristic tech. In fact, the main topic of discussion at the annual COP26 summit will be the use of satellite data collection and navigation so that science can better monitor these global changes.

The space industry plays a vital role in battling the threat of global climate crisis. Discoveries along the endless pursuit of space exploration have been used to better people’s lives. The tech developed for the first artificial satellite, Sputnik, led to the utilization of GPS (Global Positioning System), which is used in every automobile and mobile device today. That’s not all: satellite positioning technology has been beneficial for meteorologists, who use the guidance system to better predict weather patterns.

Scientists have been using satellites for climate change monitoring for many years. But it wasn’t until recently that new technology allowed engineers to construct tech that could be used for measuring climate change and compile the data into a usable format. There are many different uses for satellites: monitoring and tracking ships at sea, predicting weather patterns, protecting wildlife preserves from illegal poaching, and helping agriculturalists raise healthier crops.

Even more powerful satellite technology is currently being developed so that scientists can create a more accurate climate change forecast. The European Space Agency (ESA) will launch its Biomass satellite in 2023. Biomass will be able to completely map out the world’s forests to better calculate how much forest mass covers the surface. This data will be useful in showing scientists how to measure climate change by measuring the receding of forests over a period of time.

The best moment for the British space sector

The UK has taken large steps towards solidifying its place among other giants in the space sector. The British government has expressed interest in creating a powerful UK space industry that will manufacture and launch satellites and cargo rockets from native soil. Currently, three spaceports are under construction in Cornwall, Wales, and Scotland. The planned spaceports have recently passed launch regulations.

The construction of three spaceports on British soil will create an enormous boost towards the local economy with many job openings created for the local communities. In order to solidify its dedication towards the project, the UK government issued a report recently that explained their plans for future developments in the space sector. The UK will take an active part in the growing global space market. Current global plans involve the launch of over 4,000 small satellites into Earth’s orbit between 2020 and 2031. The expected revenue of services is around $490m, with over $5.8 billion in launch revenues. As satellite construction becomes faster and the launch price becomes lower, commercial operators can launch more satellites per year. If the UK manages to take part in the growing space market, it will reach its ROI by 2031. The government hopes to have the first satellite launch from SaxaVord spaceport as soon as the second half of 2022.

The UK is currently at the perfect place to start building a satellite launch empire. Scotland is already the largest producer of small satellites (nanosatellites) in Europe, as well as being home to rocket manufacturing companies. The country has several locations that are perfect for executing vertical launches, taking advantage of good access to sun-synchronous and polar orbits. Scottish Government Innovation Minister Ivan McKee said that Scotland has the potential to become a leading space hub in Europe and capture a slice of the £4bn global market by 2030.

Top challenges for the space industry

While the space industry is taking giant strides towards conquering space, there are still many challenges on the way to a sustainable business model.

The CO2 emissions per rocket launch at present far exceeds the acceptable levels. The CO₂, soot, and water vapours released into the atmosphere per launch are up to 100 times higher than the largest thermal power plant in the UK. In order to create more ethical climate change solutions, the industry needs to find alternatives to current rocket fuel reserves.

• Use a wider range of climate change technology

The space industry has contributed greatly towards modernising tech that allows scientists to observe planetary global warming changes and compile a climate change solutions list. Hundreds of satellites orbiting Earth form constellations that use state-of-the-art AI cameras to observe changing weather patterns and deforestation, but the price of constructing such tech is still too high. Not to mention the byproducts of manufacturing and launching satellites into space, which far exceed expected norms. In order for the space industry to tackle climate change problems and solutions, it needs to first create a sustainable business model.

Everyone knows the major players in the space game: SpaceX, Blue Origin, Virgin Galactic, etc. There are thousands of other companies that develop and manufacture tech that the space industry can use; unfortunately, most big players have started to create a monopoly on the business and either assimilate smaller companies into the fold or push them out of the market. A business monopoly doesn’t benefit anyone except the 0.1% of billionaires. With healthy competition, funding, and guidelines the space sector will flourish.

The space sector has achieved many marvellous things through the years: landed a man on the moon, launched a satellite into space, constructed an International Space Station. Unfortunately, there are negative consequences for Earth’s ecosystem through pollution and space debris. It’s the best time for the UK space industry to move forward and participate in finding ethical and eco-friendly climate change solutions. That means investing more into space tech that can help fight global warming.