By John Maeda and Becky Bermont

There is a simple saying in Japanese that epitomizes the nature of striving for excellence, “Ue ni wa ue ga aru.” It translates as, “Above up, there is something even higher above up.” To me, it is an eloquent expression of not only an attainable goal in life, but also the nature of human ambition – of constantly wanting to become better.

Becoming better can take many forms. It is easy to take matters into your own hands when it comes to skills like drawing, public speaking, or anything else where practice makes perfect. Advancing your own career, however, is something that is subject to an entirely different set of forces, fraught with politics, relationships, and chance, not all of which are easily controlled.

In my own working life, questions of career advancement had largely been resolved. I had worked my way up to being a tenured professor at MIT, which is a job that I could have kept until I croaked. I had a career as a successful artist and designer, with work in the MoMA permanent collection and rewarding commercial work with Reebok, Google, and other companies. I had a vantage point to see cutting-edge technology be invented and play out before my eyes at MIT.

But two things left me wanting more. The first was my ongoing desire to be part of a winning team. As a professor you are a one-man show, a “lone wolf ” of sorts. And though I was always inspired by the work of my graduate students, I believed strongly in letting them pursue their own research paths rather than my own. I wanted to feel what it was like to go after a big goal with others.

The second was an unshakable belief that art and design are poised to transform our economy in the 21st century like science and technology did in the last century. Innovation used to simply mean smaller, faster and cheaper technology, but I was seeing that that is no longer enough to compel consumers to buy, never mind solve societal problems. Access to ever-increasing data sets, complex scientific discovery, and always-on devices have left us oversaturated with information. It was in the face of this realization that I began work on The Laws of Simplicity and gave a related talk at the TED (Technology, Entertainment, Design) Conference. 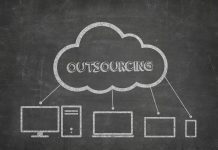 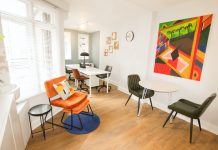 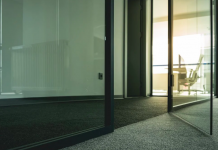 Why You Should Be Cleaning Your Corporate Carpets Every Six Months 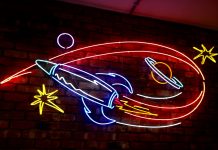 How to Use Neon Lights to Boost Your Business

Lack of Safety or Sheer Complacency? Are We Overlooking the Obvious?

Most Profitable Ideas for Online-Only Entrepreneurs

Are there any times you should cancel your life insurance policy?

A Buying Guide for Sodium Tripolyphosphate

How Much Traffic Your Website Gets: Use These Tactics

How to Find Reliable Suppliers of Poly Naphthalene Sulfonate?

“Let’s have a chat” Strikes Fear in Workers

4 Things Every CEO Should Know About Business CyberSecurity

Why It’s Time to Improve Your Online Reputation

Keeping Resilience in VUCA era: The Organization Should Learn from the Water’s Wisdom

Agile Anarchy is the Name of the Future

Select out: Why selection often goes wrong and what to do about it

Should Glasses be Bought Online

How technology revolutionised one of Britain’s favourite hobbies

BestGameHosting Has All The Game Hosting Providers For Every Game

5 Things to Remember When Training as a Horticulture Staff

Online Streaming: The Digital Trend That Is Transforming the Gambling Industry