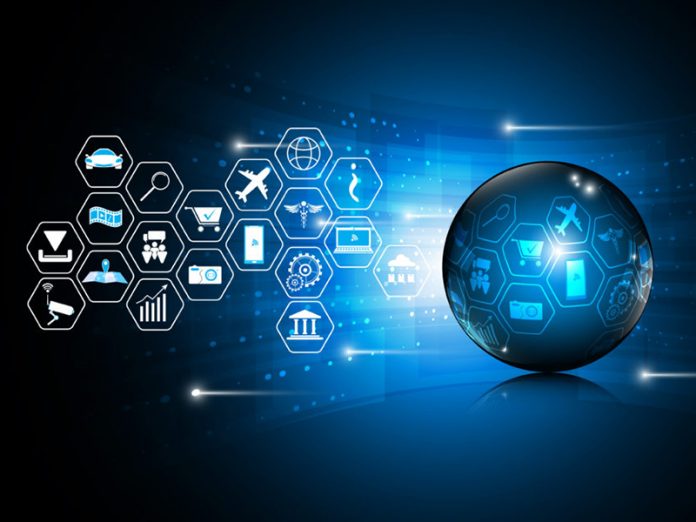 The unprecedented coronavirus pandemic took a hit on IoT spending worldwide this year, although there is a bright light at the end of the tunnel as double-digit growth expectations will lead to a stellar rebound in the year 2021 and beyond.

Growing digital transformation is among the major driving factor for the increased spending in the IoT domain. A greater need is been foreseen where consumers would crave for more connected devices to streamline tasks such as to monitor human behaviour via remote operations and artificial intelligence.

The COVID-19 pandemic drove employees and businesses to become more technology-reliant than ever before, proving to be a catalyst for the double-digit growth for IoT and other related sectors in the years to come.

This article emphasizes on some of the hot IoT trends to watch out for in 2021 and the upcoming years.

The Internet of Behaviour at Workplace

It may quite interest you to know that one of the Gartner’s top technology trends for 2021 is highly based on the internet of behaviour, it says: “As demonstrated by the COVID-19 protocol monitoring example, the IoB is about using data to change behaviours. With an increase in technologies that gather the “digital dust” of daily life — data that spans the digital and physical worlds — that information can be used to influence behaviours through feedback loops.”

And no wonder! This increasing sophistication of the IoT technology has enabled high-end growth– and has the potential to dominate in the upcoming years.

Although IoB is facing some ethical and social implications depending upon the need and usage from person to person, the technology can be refined to make sure privacy laws are strictly followed with rising adoption.

No matter how bad or worse you feel, if you are at home (being isolated), you are completely safe! Due to the unwanted pandemic, keeping many people largely at bay (home) has become the new norm even in the healthcare sector. Professionals are highly recommending the use of connected Health Care solutions to manage illness and health monitoring. In fact the Health Care was the only domain in 2020, which saw growing spending for the obvious reasons.

This would lead to a surge in adoption of wearable and sensors that monitors patients to keep track of their illness and vitals. Useful digital health devices which are also affordable are bound to grow.

By 2025, it is estimated that there will be more than 21 billion IoT devices

Looking back into the past, we can deduce the trend of IoT device adoption. From mere 4.7 billion things connected to the internet in 2016, the market in 2021 will increase to about 11.6 billion IoT devices – according to IoT Analytics – which can directly boost the IoT technology growth by multi-folds in coming years.

IoT growth will be fuelled by the advent of 5G

The world is on a verge of the next major telecommunication innovation of 5G. All major wireless carriers are gearing up to roll out 5G in near future. This promises greater connectivity of IoT devices in remote locations with faster speeds.

This will invariably fuel the innovation at the organizations that make IoT devices with a boost in overall consumer demand in 2021 and beyond.

Automobiles will get even smarter

Automobile Industry is about to get into a higher gear. All thanks to the established 5G shift with the development of driverless cars, connected vehicles. It will create wonders!

The latest and the greatest cars will increasingly collect and process driving data and behaviours which will then be used to improve the driving experience and safety on roads.

Commercial automobiles will also benefit from the fast and reliable networks – often a rarity in remote areas before 5G – to be always connected and leveraging faster data speeds making overall automobile industry high-tech in coming years.

The biggest beneficiary of IoT can be no other than public infrastructure. The vast capability of IoT to integrate itself in the public infrastructure like street lights, roads, rails and bridges will immensely help to realize the dream of a smart city in the 21st century.

Many cities around the world have recently replaced the millions of streetlamps with smart LED streetlights that will only turn on when a pedestrian or car approaches near it and will automatically turn off when there is no prolonged movement in its coverage area. This has led to considerable power saving which has prompted more and more cities around the world to join the bandwagon.

Take any big metropolis in the world, heavy traffic and congestion are the biggest pains leading people to spend more time on the road on weekdays than with their family. Long commutes are eradicating the economic productivity in the metro areas around the world – making the never-ending traffic a big cause of concern.

The IoT is ready to tackle this problem as well. For example, Tel Aviv – you might know this as a large metropolis in Israel but what you may not know is that this one has one lane reserved on busy roads for buses and shuttles. If anyone is in hurry, they also can use this lane albeit at some extra cost. Technically speaking, the sensors built into the asphalt road can immediately identify a drivers’ license plates and automatically charge them for using the “priority lane”. However, there is no basic fee, it depends upon how busy the road was. Pretty neat, isn’t it?

Another major traffic problem – parking is being dealt with smart IoT technologies in London. Here drivers can find empty parking slots themselves without having to drive around in the streets. Technology guides them and your vehicle is parked in no time!

With face recognition and biometric systems around for a while now, it has surely made the world a safer place to live than before. IoT introduces even simpler ways to make people safe on streets – for example, the anti-hooliganism lamps that turn extra bright if it detects banging or hollering. Also, they are supplied with a camera that can stream live video to the cloud for better monitoring of the residential surroundings.

IoT technology can be smartly utilized to determine the extent of degradation of heavy engineering construction sites like the roads, rails and bridges. Another interesting advantage of IoT is that it can be used to deduce extreme temperature.

Various sensors can be arranged on the critical points of the structures like railway line or power line joints, wind turbine blades, etc. These sensors can be utilized to receive real-time warnings of any damage rather than waiting for the maintenance team to detect the failure during their routine visits.

Improved operational efficiency at lesser costs and enhanced revenue opportunities are two core benefits that modern supply chains are reaping with IoT technologies. In fact, the logistic companies are the first movers to embrace IoT with open arms and expected to leverage benefits for years to come.

Amazon’s modern warehouses are the prime examples of how IoT can transform logistical operations. Gone are the days when employees had to roam around scanning QR codes to fetch the products from the warehouses. IoT enabled robots with an in-built camera and QR scanner can quickly traverse through the product database and look for the product at the right spot in the warehouse increasing efficiency by multi-folds.

The potential of IoT technology in the majority of industries is immense and it is truly playing a pivotal role in realizing the Industry 4.0 vision. It won’t be any over-exaggeration to say that IoT technologies will become an industry standard and businesses around the world will witness some game-changing revolutions improving overall profitability and sustainability in years to come.