From marine conservation to climate change, countless individuals have spearheaded efforts to battle against the various destructive forces that have plagued the modern world. From volunteers who have dedicated their precious time to rebuilding hurricane ravaged homes, to large-scale corporations who have donated millions of dollars toward advancing an impactful cause, philanthropy has been manifested in various forms. For Clément Perrette, a successful Capital Markets and Fixed Income Asset Manager with over twenty five years of experience within the realm of finance, ocean conservation has always been his philanthropic calling. Through various successful avenues, and more recently within the Ocean Fund in TUF , a US non profit organisation registered 501c3, Perrette parlayed his brevity of skills, working alongside Marine Biologists, underwater photographers, and other professionals, with the objectives to champion the delicate oceanic ecosystem, educate the general population, and foster a spirit of appreciation for the world’s ocean life.

Now, during the unprecedented times brought upon the world through the global COVID-19 pandemic, Perrette beckons to extend the spirit of unity to propel the realm of ocean conservation. As individuals recognize their potential impact on the world, the connectivity between all humans, and the undeniable effects of human action on the natural realm, this heightened introspection, connection, and focus on larger ideas can bolster philanthropic action. The universally felt Coronavirus pandemic, argues Clément Perrette, can inspire humans in a cry for action.

The world’s oceans face a multitude of grave dilemmas. From excessive poaching of precious marine life that inherently disrupts the natural food chain, to careless pollution that renders parts of the ocean virtually uninhabitable, there are vast concerns that threaten the ocean’s overall longevity. With these actions continuously occurring, and many oceanic species on the verge of possible extinction, Perrette declares that now is the time for swift action. While manufacturing, commerce, and overall business practices have significantly slowed down as a result of the ongoing global shutdowns, the present creates a wonderful opportunity for corporate accountability, and the creation of practices that can be increasingly nature-friendly. On a personal level, while the general public’s lifestyles have shifted, any additional time can be utilized for self-education, spreading of awareness, and conservation participation.

In addition to pollution, ocean life is threatened by the ongoing presence of noise pollution, ghost nets, and importantly, climate change. While focus continues to grow in regard to the effects of climate change, conversation is sometimes limited to the burdens that will be faced by humans. However, for ocean life, climate change causes a vast reduction in food sources, which affects the entire oceanic food chain.

In the last fifty years, nearly half of all coral reefs have been disseminated. At present time, roughly 10% of the world’s big fish species remain unthreatened by extinction. Annually, over twenty million pounds of plastic trash are deposited into the earth’s oceans. With such staggering statistics, Perrette stresses that the fragile ocean ecosystem cannot handle such adversity much longer. Yet, though the oceans provide pivotal life forces necessary for the world to thrive, it is estimated that only roughly 2% of all philanthropic efforts are dedicated to nature preservation, including ocean conservation. The sobering threats to the ocean’s viability, along with continuously low attention devoted to ocean conservation, creates an urgent need to take every available opportunity to spearhead systemic change.

While technology has propelled the realm of ocean conservation significantly within the last few decades, the relative mystery of the deep ocean has rendered it somewhat difficult for the general masses to feel a connection with these massive bodies of water, and to recognize how the oceans’ survival is integral to the survival of humankind. Without this connection, ocean conservation efforts have historically received less attention than prominently forward-facing global issues that are relatable for every human. For Perrette, this is where the usage of modern technology has the potential to create lasting impact.

Initially accepted in the 1970’s, ocean conservation became a national mainstay after the government’s creation of the inaugural legislature intended to forward the cause. During this important time, underwater photography was made possible by outfitting divers with primitive underwater cameras, computers, and other equipment. As a result, initial underwater images of deep ocean life were made available to the masses for the first time, somewhat eliminating the previous dark mystique of the ocean’s life. With undeniable proof in hand, ocean conservationists were able to finally showcase the breadth of life worth saving within the oceans’ depths, and build a connection between people, and the deep waters. Perrette believes that continued advancements in the realm of technology can continue to showcase the beauty, importance, and wondery of the deep oceans, and inspire the masses to value the lives of the many creatures that live under the cover of water.

Empathy And Recognition Of Marine Life

According to Perrette, the technological advancements that have allowed for the general public to explore ocean life via video, photography, and sound, have parlayed an empathy for the value of underwater life. Through his philanthropic ventures, based on utilizing aesthetics to create deeper connections, he hopes to harness the power of media to create systemic change. By drawing connections to human existence, Perrette believes that it will be much more difficult for people to ignore the plights of the ocean, poach the marine creatures that have more in common with their own lives than imagined, and disregard the desperate call for action to save the world’s oceanic ecosystems.

Collaborating with over 50 Biologists, scientists, and underwater photographers, Perrette recently served as Co-Producer for the acclaimed ocean conservation book, “Call Of The Blue”. Showcasing the majesty of oceanic creatures through 300 of underwater photographer Philip Hamilton’s images, “Call Of The Blue” utilizes aesthetically rousing imagery to present the wonders of marine life, urging readers to appreciate the vast bounty of living creatures found under the water’s surface. Through meaningfully educational text, written by leading professionals in the realm of ocean conservation, the book explores the various plights of the delicate ecosystems within the oceans, presenting facts aimed to increase awareness, inspire action, and create a deeper sense of urgency in the fight against oceanic pollution, overfishing, climate change, and other concerns.

Upon the completion of this well-received project, Perrette once again teamed up with Hamilton and the Ocean Fund team (within The Uproar Fund, a US registered non profit organisation), for the creation of the moving “Ocean Souls” film. Featuring the widest diversity of cetaceans ever captured on film, the educational piece serves to raise awareness of the human-like behaviors, intellect, rituals, and communication methods of dolphins and whales. Through this undeniable link, “Ocean Souls” aims to minimize poaching of these animals. As the most intelligent animals behind the human species, whales and dolphins display social organization, complex language skills, emotional intelligence, and the ability to solve rudimentary problems. By showcasing these human-like facets of existence on film, Perrette believes that change can be triggered, rendering it much more difficult to poach an animal that has feelings, communicates, and has a family.

Through film efforts, photographic imagery, and other multimedia avenues, modern conservation efforts can be spread via global social media outlets. Perrette believes that the future of ocean conservation lies in the ability to spread messaging, awareness, and actionable incentives on a real-time basis through social platforms. With the unprecedented popularity of social media platforms, and tech-based media streaming platforms, the ability to reach the entire global population exists, inspiring ocean conservationists to create bespoke multimedia that will incite sharing, change initiatives, and educational efforts.

To play a part in the modern socially based conservation efforts, Perrette got involved with The Uproar, a leading mobile media platform and community, dedicated to creating nature based short films that engage with audiences, inspire action, and allow viewers to participate in meaningful ways through sharing content. Clément understands that audiences aren’t passive in today’s tech-driven world of communication, and values the real impact of driving attention toward particular conservation efforts through social media platforms.

Throughout this unprecedented time, as humans vow to remain connected, and seek connection through digital platforms more than ever, utilizing these platforms to propel ocean conservation is a meaningful way to make a real impact, while connecting with like-minded individuals. With an increased focus on unity, healing, and making a positive impact felt throughout the world, inciting a focus on modern ocean conservation can be as easy as re-Tweeting an image of destroyed coral reefs, or sharing a YouTube video of dolphins playing together. With the ocean, and its inhabitants, in such dire conditions, the time for ocean conservation is now. 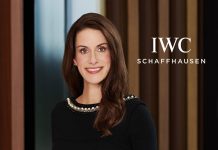 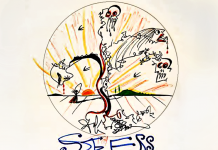 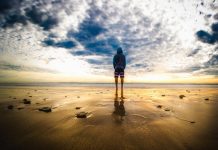 See the Light in You: Acquire Spiritual Powers to Achieve Mindfulness, Wellness, Happiness and Success 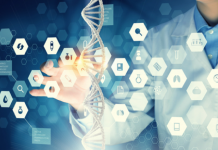 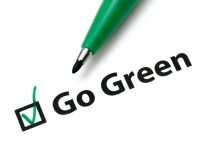 Turning A Weakness Into A Strength: Why Leaders Should Never Leave The Battlefield

How are Seed Producers Impacted by Logistics?

The Secret to Success Your Business is Missing