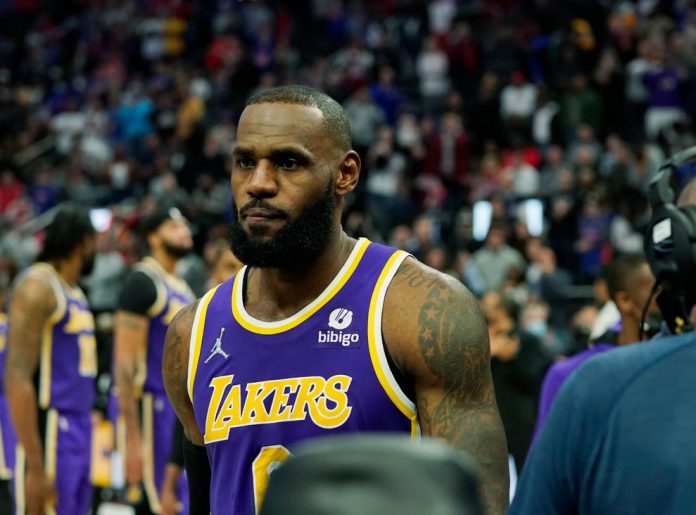 Efforts put in by general manager Rob Pelinka during the offseason should have proven far more effective than they have been, and not many would have predicted that the Los Angeles Lakers would have been so mediocre this season given the players they brought in.

The addition of Russell Westbrook, Carmelo Anthony, Dwight Howard, and others was meant to give the Lakers a push after a limp campaign last season when they crashed out of the playoffs at the first hurdle.

This season they’ll be lucky to even make the postseason with their current 26-31 record placing them ninth in the Western Conference. Now the NBA odds on LeBron James and co mounting a title charge are far lower than at the start of the season when they were second favorites behind the Brooklyn Nets.

It’s a situation that has flummoxed LeBron James, and the 37-year-old is at a loss to explain how things have panned out in this fashion;

“Obviously, this is something that’s weighing on this group that we’re all trying to get through,”

“Almost feels like it’s a fog, just fog in the air. And we’re all trying to see what’s on the other side of it.” LeBron added before commenting;

“I just want to get some wine and get up tomorrow. I feel good about what tomorrow has in store, and we’ll see what happens. We’ll see what happens as far as the deadline, but other than that, I’m kind of just focused on what we can do to be better.”

To LeBron James’s credit, he’s weighed in with the numbers, when fit, and is just about the most consistent performer around, and without him, one wonders just where Frank Vogel’s side would have fallen.

James top-scored in 18 successive games before he was sidelined and has returned to once again lead the field, but this hasn’t stopped the Lakers from losing seven of their last nine games.

As for moves to improve the roster, Vogel was fairly non-committal;

“Other than that, I got nothing to say about the trade deadline.”

Westbrook, in particular, has failed to make a big enough impact, and when he was needed to fill the hole when LeBron James and Anthony Davis were out, the summer addition was only partially successful.

Indeed there was some speculation that the Lakers may even try to trade Westbrook, less than six months since his arrival. The relationship between Westbrook and the coaching staff, and even some players, is apparently now so toxic that there is a sense that his days at the Crypto.com Arena could be numbered.

That being said, Vogel has attempted to quell such talk, stating recently;

“Russ has accomplished a lot in this league… but my job is to win games, and when you get in those situations, you have a script of who you believe is going to be in there, and the game will tell you otherwise if a change is needed,”