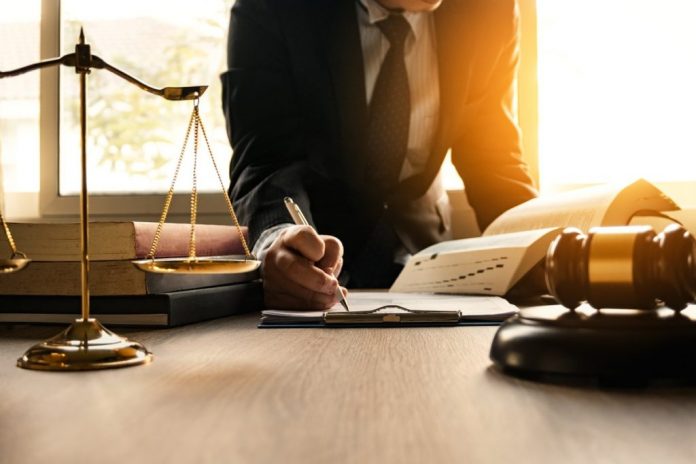 After a week of witness testimonies, depositions and presentation of hundreds of pieces of evidence, the most glaring fact in the Kleiman v Wright trial is that there is a dearth of definitive evidence that would make one say without a doubt that Dave Kleiman and Dr. Craig S. Wright created and mined Bitcoin together.

Who is Satoshi Nakamoto?

The end-all and be-all of this case is ultimately, who is Satoshi Nakamoto, the pseudonymous author of the Bitcoin white paper who pioneered digital currencies. Was Satoshi Nakamoto Wright alone or was it a partnership between Wright and Kleiman as the plaintiff is asserting? Either way, it is taken as fact that Wright is Satoshi Nakamoto.

If it is proven that Satoshi Nakamoto’s identity is actually that of Wright and Kleiman, then, did the two of them mine Bitcoin together? If they did, did Wright actually steal his good friend Bitcoin? These are the major questions that will be answered depending on how the trial goes.

At stake is the 1.1 million Bitcoin currently valued at nearly $70 billion owned by Wright, up to half of which allegedly rightfully belonged to Kleiman. Dave Kleiman, a computer forensics expert, died in April 2013, and his estate is represented by his brother Ira Kleiman, who has taken the stand in the last three days of the trial.

With about 15 external hard and thumb drives that were turned over to Ira Kleiman after Dave Kleiman’s death, none can be found with usable information as all data had already been wiped clean. There are also some hard drives that have come into the possession of Dave Kleiman’s best friend and business partner, Patrick Paige, that have not been surrendered as evidence.

Is it just convenient that Ira Kleiman erased all Dave Kleiman’s hard drives when he knew that his brother’s life was centered on computers? Or did he just not care at all about his paralyzed brother, who he seems to have an estranged relationship with given the fact that the two did not meet for two and a half years until Dave Kleiman’s death despite them living miles away from each other?

Again, there were over a hundred emails presented at court showing professional and personal communication between Dave Kleiman and Wright. They were good friends who also worked on projects together. They exchanged jokes and cookie recipes, and even planned to go to Florida together.

Kleiman and Wright also co-wrote white papers, and a series of emails presented has proven this. However, it was not the Bitcoin white paper, but one entitled “Overwriting Hard Drive Data: The Great Wiping Controversy” that was published in September 2008. 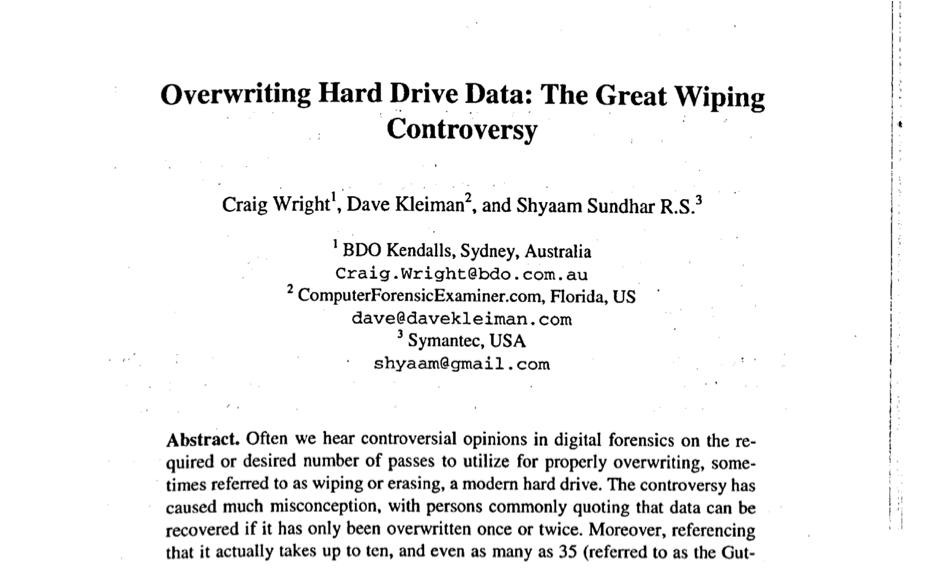 The Bitcoin white paper was released on October 31, 2008. If Kleiman and Wright really did co-author the Bitcoin white paper, then there should have been an extensive email communication between the two discussing Bitcoin, much like when they co-wrote the white paper on overwriting hard drive data. But again, there was none.

There was just one email wherein Wright asked Kleiman to help him edit something revolutionary that was referred to as “bit cash” and “bit coin.” Editing something means there is already a finished document to be edited. And the fact that Wright had already used the terms “bit cash” and “bit coin” implies that the concept has already been formed even if is a possibility that the white paper has not been fully written out.

Ira Kleiman has said under oath that after having Thanksgiving dinner with family in 2009, Dave Kleiman had told him about this project he was “creating his own money” and that it was going to be “bigger than Facebook.” According to Ira, his brother even drew a “B” with a line or two going through it as the logo of this “digital money” at the back of a business card. This would be the last time the brothers would meet face to face.

After this one Thanksgiving conversation, never again did Dave Kleiman mention Bitcoin, mining Bitcoin or anything that may be related to it to Ira Kleiman. Dave Kleiman allegedly advised Ira Kleiman to buy Apple and Nvidia stocks early, but he never told his brother to buy Bitcoin.

Wright asked his family to buy and mine Bitcoin while it was still cheap and easy to do so, but Dave Kleiman never did the same for his brother. In fact, it was only Wright himself who told Ira Kleiman that his brother Dave could own some Bitcoin. And this happened after Wright contacted Ira Kleiman after Dave’s death. It is highly possible that Wright had also advised Kleiman to buy Bitcoin as the former treated the latter as a dear friend as evidenced by Wright’s emotional eulogy.

What adds suspicion to this Thanksgiving story, as the defense has pointed out, is that the logo that Dave Kleiman supposedly drew had not been conceptualized or released until three months after Thanksgiving 2009. In fact, it was a design that was suggested by someone under the username “newliberty,” which was later on refined by Bitboy to become the logo that is still used today.

Ira Kleiman was noticeably shocked to hear about this, but he unconvincingly tried to cover up his blunder by stating that it was not uncommon for Dave Kleiman to go to him for advice about logo designs. This excuse is possible if Dave Kleiman was “newliberty,” which Ira Kleiman has no knowledge of. Is it possible that Ira Kleiman just made up this Thanksgiving story so he has a legitimate reason to try and get his hands on a lot of money?

The plaintiff is claiming that David Kleiman was a business partner at W&K Info Defense Research, LLC, a company that programmed and promoted Bitcoin and mined the 1.1 million Bitcoin now owned by Wright.

And because Dave Kleiman was a U.S. Army veteran, there is a higher chance the proposals would be noticed. And so, Wright and Kleiman properly set up W&K Defense Research, LLC in the U.S. in 2011. Kleiman and Wright submitted three RFPs to the Department of Homeland Security, but all were rejected. All were not related in any kind to Bitcoin. And there is no evidence presented yet that would indicate that the W&K in the U.S. ever mined Bitcoin.

After five days at court, it seems that the Kleiman v Wright trial has opened up more questions instead of providing answers that would clarify whether or not Satoshi Nakamoto was a partnership between Craig Wright and Dave Kleiman and whether the two friends were actual business partners who mined Bitcoin together.

The second week of litigation will see more experts at the stand, as well as the much-awaited testimony of Craig Wright for the plaintiff.