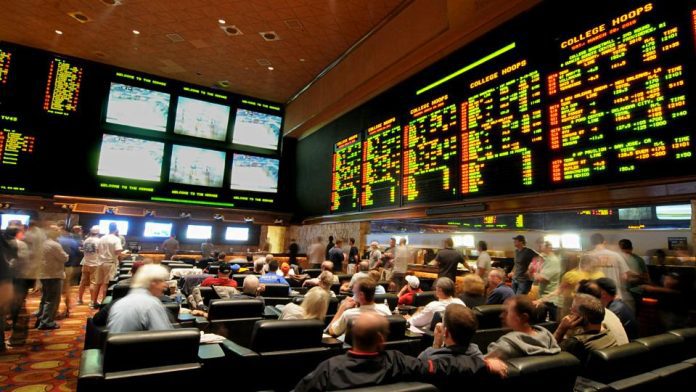 When it comes to the overall mood of the entertainment industry, looking to the ‘Big 4’ entertainment industries (shortly to become the ‘Big 3’ now ICM partners will merge with the CAA) has become the norm. With the streaming glut now slowing notably as the struggle turns to maximizing return per subscriber, rather than simply building subscriber numbers, we’re seeing an increased focus on the sporting industry, including the related sports betting industry.

Live sports streaming is something of a latecomer to the entertainment party. Yet, as the thriving success of ESPN+ shows, it’s become an immensely popular one, and live sports streaming is one of the few streaming arenas we’re still seeing big uptake in. This hasn’t been particularly affected by the current fears of economic recession, either.

We’ve seen a lot of live sporting events dominate the calendar over the last 12 months. In the same period, we’ve also seen a 12% year-on-year increase on VOD streaming services, with a 13% growth for linear TV. At the same time, on linear TV markers, the average daily consumption of sports viewing is double that of other linear content.

So sports streaming and live sports in general remain a fertile focus of the overall entertainment industry, and one of the few areas with consistent growth markers still in play.

With the rise in interest in live sports, perhaps it was natural to see major agencies start looking at another lucrative field- sports betting. Endeavour Group Holdings, now a subsidiary of the WME agency, announced at the end of last year it would acquire OpenBet from Scientific Games Corporation for roughly $1.2B, in a combination of cash and stock.

This is in addition to their existing ownership of IMG Arena, which already works with over 470 sportsbook brands to provide combined live streaming video and data feeds to the industry, covering over 45,000 sporting events each year.

On paper, it can seem an odd acquisition for an entertainment representation giant. However, the rise of online betting of all sorts cannot be denied. As this US online casino comparison site shows, however, the online gaming industry has boomed as a whole since the pandemic. People are enjoying the chance to scratch the occasional (and hopefully responsible) gambling itch in their home environment, while still leveraging the safety of regulated and registered entities.

Coupling that with the compelling growth in the sports industry, it’s easy to see why agencies and other key entertainment players are looking to diversify their portfolios in the arena. With the concurrent rise in interest in online betting, offering a ‘one stop shop’ option where people can indulge both passions seems like a smart business move.

As the entertainment industry, especially the top agencies, look for more opportunities for growth and market share, we’re likely to see even more of this style of ‘thinking outside the box’ expansion of their portfolios and arenas of influence. For now, however, the blend of sports and entertainment seems like a business trend that’s here to stay.