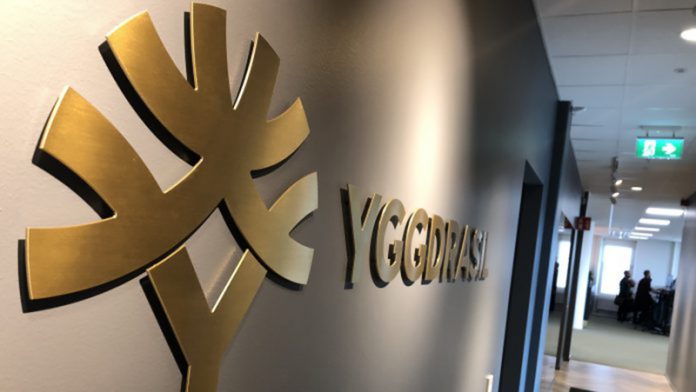 In 2018 award-winning online slot developer Yggdrasil announced they were launching an exciting new programme known as YG Masters. This multifaceted initiative gives up-and-coming slot developers the opportunity to get their games out to global markets.

For the last 3 years this innovative content partnership programme has seen some of the world’s leading independent game studios design, create and distribute a huge number of online slots via the Yggdrasil network.

The main USP of the Yggdrasil Masters programme is GATI™ (Game Adaptation Tools & Interface) a sophisticated system that enables developers and operators to create games using a pre-configured, regulation-compliant toolkit.

This toolkit allows developers to create brand new games that don’t compromise on quality, whilst also allowing them to significantly cut down the time and effort required to do so.

In addition to GATI™, Yggdrasil also offers these developers access to BOOST, a collection of in-game promotional features that help operators, aggregators and developers acquire, engage and retain players in the long term.

Ultimately, the YGS Masters programme is all-encompassing and offers developers a solution that sees their games through from creation to completion, doing all the heavy lifting with regards to compliance and confusing regulatory roadblocks that might come their way.

In their own words, Yggdrasil is allowing up-and-coming online slot developers to build on their own success and strong reputation with both players and those within the iGaming industry.

Which developers are part of the YG Masters programme?

Developers that find their way onto the YG Masters programme didn’t get there by chance. Back when it was first launched, Yggdrasil CEO Fredrik Elmqvist invited a handful of fledgling studios to meet him at ICE 2019 and give a 20-minute pitch.

Upon impressing the distinguished Swede with their pitches, a small handful of early adopters found their way onto the programme and the rest, as they say, is history!

The first independent game studio to join the YGS Masters programme was Northern Lights Gaming, the Manchester and Stockholm-based studio was barely a year old when they caught the attention of Elmqvist. They were brought in with the intention of creating slot games for the UK market for Yggdrasil’s operator partners.

Following shortly behind Northern Lights Gaming were Vienna-based studio Rabcat and Stockholm’s Fantasma Games, both known for creating high-quality, well designed online slots that stand out from the crowd. Over the last few years, it’s been no surprise that all three have considerably grown in size and stature as a result of their partnership.

In the 3 years since the programme launched more than ten independent game studios, some small, some surprisingly large, have come on board, all hoping to benefit from the tools and exposure that working with a company as revered as Yggdrasil brings.

These studios are responsible for creating some of the best online slot games to hit the regulated market in the last few years, as well as creating titles that feature some of the hottest mechanics such as PopWins, Megaways, Infinity Reels and Gigablox.

Who are the biggest winners on the YG Masters programme?

Ultimately, if we’re being honest, every single online slot developer that has made it onto the YG Masters programme so far is a winner in our eyes, because they gain so much from being accepted onto this exclusive invite-only initiative.

However, there are a couple of studios that have clearly ascended to a new level as a result of their partnership. The first notable studio is ReelPlay, the team behind Infinity Reels – a mechanic that sees each spin provide the chance to add an additional reel, re-spin and multiplier.

The other developer that we felt deserved plaudits for their success in the last year or so was Peter & Sons. Whilst still relatively unknown in the grand scheme of things, this company has developed some of the most beautiful online slots ever seen in the world of iGaming.

With such a diverse portfolio of wonderfully designed games such as Johnan Legendarian, Robin Nottingham Raiders and Hammer of Gods it’s nearly impossible to not imagine them rubbing elbows with some of the greats in the not-so-distant future.

What’s next for the YG Masters programme?

In the first year of running the YG Masters programme 4 games were released. The year that followed saw an additional 19 titles arrive at casino lobbies across the internet. This year, there are almost 50 new online slots available to play, which is a HUGE leap forward.

It’s fair to suggest that if the programme continues at the pace it’s going then a large chunk of upcoming online slots in the next year will have the YG Masters stamp of approval on them, that’s a big chunk of the regulated market partly led by the Swedish iGaming giants.

The YG Masters programme offers young studios a real leg-up when it comes to getting their games in front of the right people. There’s very little Yggdrasil needs to do to improve on it right now… All we can really say is that NetEnt, Microgaming and Playtech should be looking over their shoulder nervously at Yggdrasil, as they’re very quickly catching up with the big boys.