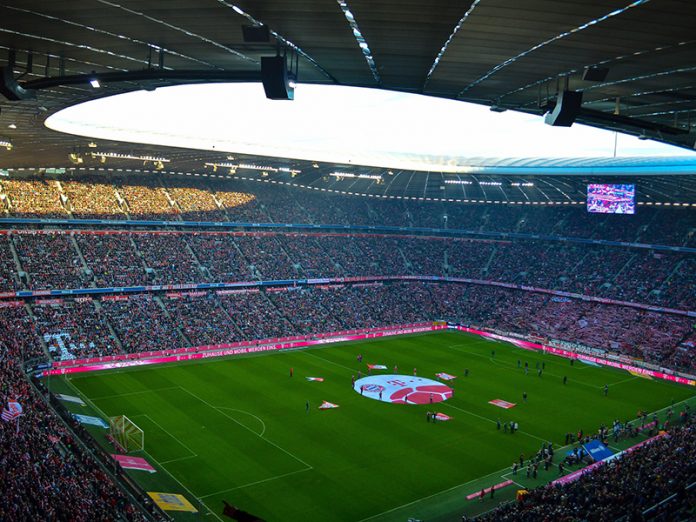 Those who have long anticipated more influence from artificial intelligence in our world may finally be seeing what they’ve always expected. While AI may not be living up to its hype overall, it is becoming increasingly relevant, as it migrates from scientific laboratories and innovative startups into some of the biggest industries in the world. And one prime example of this that doesn’t get discussed quite frequently enough is implementation in sports entertainment. Below we’ll look into some of the key ways in which AI is having an impact in this space.

Sports Officiating
Sports officials are already slowly being replaced by robotic assistance mechanisms. For instance, replay systems in major sports can effectively overrule referees with more exact rulings on close plays; major tennis tournaments use advanced video to ensure good calls. Recently, a “robot umpire” has even begun testing in Minor League Baseball games, so that its feasibility can be assessed for a potential large-scale rollout. This technology is first being implemented in the Atlantic League, with games still being assisted by a human umpire until the algorithm is perfected. It is important to note that the point of the “robot umpire” is not to replace the human one, but rather to make the job easier by taking care of ball and strike calls so the human umpires can focus on other responsibilities. Nevertheless, it’s certainly something to watch regarding AI’s place in sports.

Online Sports Betting
Betting is another sports-related business likely to see more and more influence from AI. It has become primarily a digital industry, and the best current betting sites thrive on accuracy and efficiency, providing the best odds and the most relevant wagering options and doing so in a timely manner. AI can essentially improve efforts in these same areas, automatically analyzing massive amounts of data in order to generate the fairest odds and most interesting questions. In theory this could actually make things more difficult on bettors, as odds should come to more accurately reflect potential outcomes and there may be fewer opportunities to win on a surprising outcome. Ultimately more accuracy is a good thing though, and sports will always produce surprises.

Smarter Venues
AI has already made its way into major stadium venues in places like Munich, Germany. There, the famous Allianz Arena has started to use the technology for security purposes, going a few steps beyond basic metal detectors and video cameras. Specifically, the venue is using Hexwave, a low-power, radar imaging and AI technology to scan people as they enter the premises. The system carries multiple benefits as compared to more standard security systems – most notably that it’s more thorough and more covert, meaning it can better scan fans to make sure nothing dangerous or illegal is being brought into the stadium. It’s promising technology, and likely just the beginning of AI-fueled stadium security.

Highlight Reel Generating
Highlight reels play a major role in modern sports, given that a lot of fans would rather watch quick video clips than, say, read articles or listen to full recaps. And here, too, we’ve started to see AI making an impact. WSC Sports and Stadium have recently partnered up to use AI to make their online video content. Basically, instead of having a human go through hours and hours of game footage, the new automated technology can scan the action and identify key moments. Feedback from users can also contribute to making this technology better at producing the highlights fans want to see. It’s a virtual certainty that in the years to come we’ll see deepening connections between AI and the sports world. But these are a few interesting ways in which the two are already overlapping.