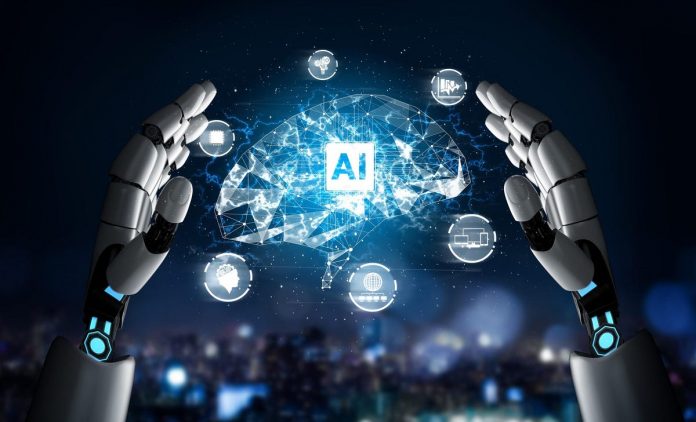 Artificial Intelligence has long been an object of fascination for sci-fi fans. But AI is no longer something to worry about in the distant future – it’s here today, and its impact on the world of business has already been tremendous.

The term ‘AI’ is one that’s remarkably tricky to pin down, as it’s difficult to define the second half of the abbreviation. One popular definition of the term is the extent to which a given agent is able to perceive the environment around it and maximise its chances of success. You might also see it applied to any behaviour which has adapted to achieve a goal.

So, while a calculator can perform feats of arithmetic that go far beyond even the most accomplished human being, they can’t be said to be intelligent. When it comes to the latest wave of intelligent programs, however, this is no longer the case; modern machine-learning algorithms can now be given objectives and told to achieve them.

Robotic Process Automation, or RPA, creates software ‘robots’ that are able to interact with a computer in the same way as a human. They can perceive what’s on screen, and input text and mouse clicks to achieve a desired result. RPA services providers are already finding themselves in high demand as programs like this become more sophisticated. They can perform basic administrative tasks that would be tedious and time-consuming for a human worker, and they can perform those tasks to an exceptionally high standard.

Online content factories like YouTube and Instagram are engaged in a constant battle for clicks and engagement. These are the things, after all, which drive advertising revenue. With the help of AI, such platforms are uniting users with content that’s maximally likely to prompt them to click again. The algorithm is constantly improving itself by making tweaks and then using A-B testing to see which approach yields maximum engagement – but exactly how the software works is slightly mysterious.

The content-factory approach has drawn a little controversy, as there are social and psychological implications to the engagement-at-all-costs model. These have been most famously highlighted by the Netflix documentary The Social Dilemma. Moreover, it’s difficult to see how an AI might be instructed to account for variables like broader social good. For the time being, however, it’s undeniable that businesses are able to target relevant audiences thanks to the data that those audiences are readily surrendering to social media companies. So you can try different techniques to improve your audience number. For example Instagram users can find the best Instagram bot to get the target audience.  This has completely transformed the face of modern marketing, allowing individuals to be targeted using persuasion that’s uniquely tailored to their individual profiles.

It’s easy to think of an AI-driven automotive industry as being a utopia of self-driven cars, where a motorist might put their feet up and catch up on a spot of reading during a hectic commute.

The truth, however, is that machines are already beginning to exert a degree of control over our driving decisions. Lane assist uses a series of cameras to monitor how close we are to the line, and redirect the vehicle back toward the centre of the lane. Adaptive cruise control does the same thing, using cameras to monitor the distance from the bumper to the back of the vehicle in front. We might therefore think of driving as an increasingly collaborative process, whereby degrees of control are handed over to our mechanised co-pilots over time, until we’re eventually free to take a seat in the back.

The implications that this has for business, and for logistics and transport business in particular, are astounding. It can optimise driving behaviour, eliminate would-be accidents, minimise wear-and-tear, and theoretically save business millions.

Reliable voice-recognition is another challenge that was once presumed insoluble – until a sudden wave of smart-devices took hold in households across the country. Now around a quarter of all adults in the UK own a smart-speaker device. As well as presenting privacy and trust concerns, this development also presents a marketing opportunity, as it makes it easier than ever for a given customer to order a product that captures their attention. In much the same way that the introduction of Amazon’s one-click ordering had a seismic impact on customer spending habits, voice recognition in the home looks set to be transformative.

As well as allowing customers to more easily order things, voice-recognition might conceivably transform the way many professionals produce their written work. Actually typing out documents might conceivably become a rare skill, with most office staff instead dictating their work to an AI-powered assistant. Voice-recognition software like otter.ai, according to some commentors, leads to an almost fivefold increase in productivity. And it’s only set to improve.

AI isn’t just a far-off development that the world of business needs to spend time preparing for – it’s something that’s already having a huge influence on our professional lives. As time goes by, that influence is only going to strengthen. Thus, if you’re not already making AI a part of your thinking when it comes to the way you operate, then now is the time to start! 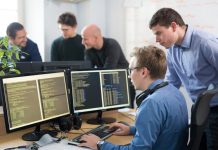