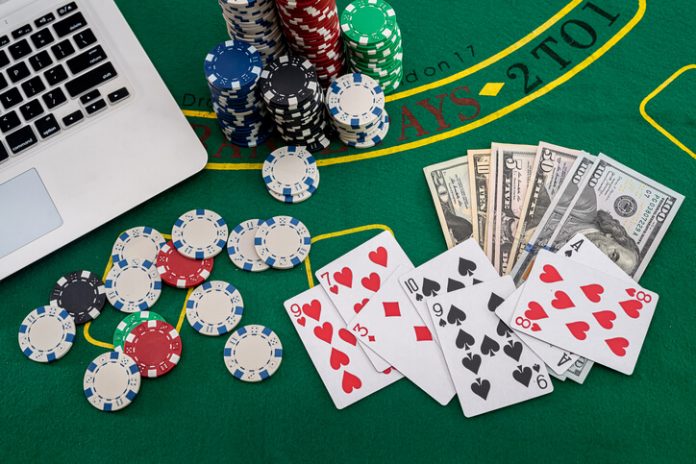 Blackjack, commonly known as 21, is undoubtedly among the most popular casino games since it is the best game in which the tables are flipped, providing competent players with an opportunity to gain a significant edge over the house.

So when blackjack first crossed the ocean, it was conducted by terms that were substantially dissimilar from what we currently know. Since the players were obliged to put a wager before every card they were given, blackjack resembled poker a bit at the time. The dealers’ preset rules also varied in that just the dealer was permitted to double down.

Blackjack persists in drawing large numbers to the halls of land-based casino establishments, but it has also earned success at online casinos. Blackjack also continues to be one of the most popular card games worldwide, and it is exactly for this reason that various blackjack variants have developed over the last century.

While some versions have the same fundamental principles as the rest, while some have unique side bets with higher rewards. We’ve compiled a list of some of the very popular Blackjack versions available online in the following article:

Although being regarded as the game’s prototype in terms of regulations, classic Blackjack is nevertheless popular today. Many gaming sites provide online Blackjack games. It is played using one normal 52-card deck that gives out at a typical 3 to 2 ratio; however, the dealer doesn’t really verify for naturals, and resplitting is not a possibility.

Several enthusiasts of 21 choose Blackjack Surrender as their favourite game since it has several of the most attractive conditions available at a blackjack table. This is a case when many decks are used. On average, 6 to 8 decks will be in play. The surrender rule is, naturally, one of the most distinguishing aspects of the game. Most versions allow for either an early or a later surrender, but the latter is more usual.

European blackjack is the most popular in casinos across the Old Continent, and its basic principles are similar to those of various blackjack versions. The absence of hole cards separates this variation from the other 21 games. The intricacies are where the remaining distinctions between this 2 deck game and various blackjack versions may be found. Doubling down and splitting are subject to various limitations.

The primary difference between blackjack switch and many other blackjack variants is that players are given 2 hands to compete simultaneously. After the first 2 hands are given, players have the choice of switching the second cards given between the 2 hands, which results in more thrilling gameplay and a larger range of play possibilities.

Pontoon is the UK version of American Blackjack. It has several similarities to its American counterpart, but there are a few differences that make the game more intriguing and tactical. The most significant change in the casino variant is that players may view one card before placing their bets, plus they can raise their stakes at any time throughout the hand.

We feel the name indicates where this blackjack variant is most frequently played. These regulations apply across the Las Vegas Strip’s establishments. The game is not to be mixed with the Vegas Downtown variant. The play is conducted with 4 regular decks.

A further popular blackjack variant in the US, this version takes its regulations from the games performed in America’s 2nd largest casino centre, the Atlantic City. The number of decks has increased to eight, and dealers are usually obliged to stand on soft counts of seventeen.

This variant is a popular game among blackjack players since it is a version that really favours the player. Due to this, it is extremely uncommon, as most casinos will prefer not to allow players to enjoy blackjack versions in which they may earn more money. So, if you happen to come across this variant, have a seat and enjoy.

The rules of Double Exposure Blackjack are nearly identical to those of standard multi-deck blackjack, with a major exception: all of the dealer’s cards are revealed, allowing everyone to see precisely whatever the dealer has before making a choice.

This was among the first blackjack variations since online casinos recognised that customers enjoyed playing numerous video poker hands at the same time and applied the same concept to blackjack. You can play multi-hand blackjack at land-based casinos, but only if any seat is available. However, there are no such limitations while playing online, and you may engage in as many hands as you would like when you want. The basic rules of blackjack are the same, but you may use up to 8 hands to play the game rapidly for an exciting, fast-paced version of blackjack that doesn’t occur in offline casinos.

Certain online blackjack versions allow you to secure a progressive jackpot, which is difficult to accomplish in a land-based casino. To be eligible for the jackpot, every playing player must place a modest side wager, with a percentage of all side bets going to the pool. This side bet, however, is optional.