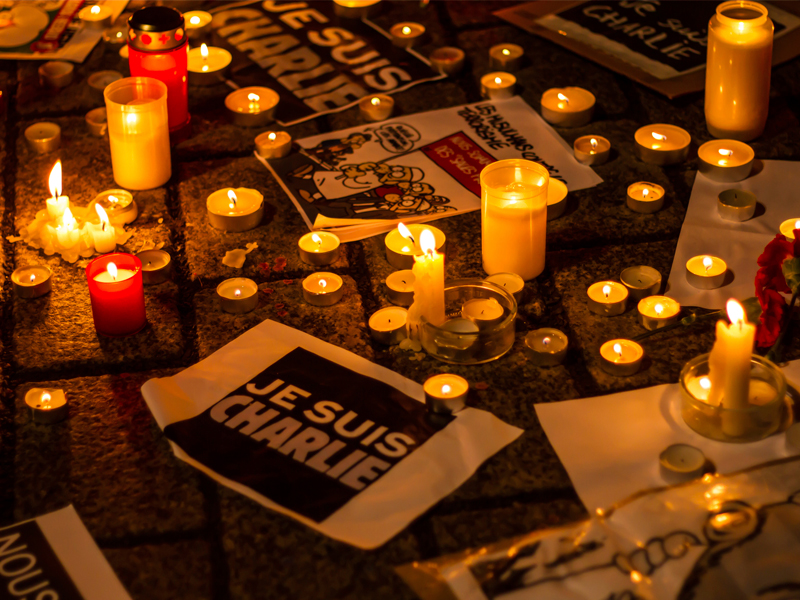 Free speech: If free speech is free to consume, free to seek, free to impart and disseminate and free to gather, then who is paying, because there is, as yet, nothing free in this world. To borrow from
the ubiquitous world of the Internet, ‘If you are not paying for it, you are the product…’ being bought and sold over and over again. In the matter of free speech, who gains, who loses, who pays?

We start the year with that most sacred of all concepts – the freedom of speech and expression. The tragic incident in January last year, brought Charlie Hebdo new exposure, recognition, an army of supporters and millions of subscribers which catapulted it to the role of leader of free speech of the ‘free world’ encompassing Western Europe and North America.

It is not surprising that 2015 saw an American presidential candidate exercise his freedom of speech to the fullest possible extent. In June last year he started his campaign against Mexican  immigrants, labelling Mexican ‘illegal’ immigrants as rapists, drug runners, carriers of infectious diseases. This cost him, it cost Trump a substantial amount of business such as the Macy and Univision deals, the cancellation of the Professional Golfers Association of America’s Grand Slam tournament at the Trump National Golf Club in Los Angeles. But he is unbowed, he is happy to pay to play! And December last year saw Trump calling for all Muslims  to be banned from the US. Trump is unrepentant, despite the UK, Irish and Scottish Parliaments’ entertaining motions to ban him from their shores. But what about the Mexicans, the Muslims who have been maligned by the free speech of the potential leader of the free world?

And not to be left out, Charlie Hebdo, in its inimitable style, and as the grand patron of that sacred order, trots out its latest expression in the first week of the New Year with a cartoon depicting the body of the drowned Syrian boy, Aylan Kurdi, lying face down in a puddle of water, accompanied by: “What would have become of the young Aylan if he had grown up? A groper in Germany.” It
seems that in its zeal, to spread its message, (whatever the message, because it seems it is now lost on its many admirers who donned ‘I am Charlie Hebdo’ t-shirts following the January 2015 attack), Charlie Hebdo discounted the pain of the father and the family of Aylan Kurdi who are still alive and still mourning the loss of Aylan and many other members of their family. Is the family to pay for the sins of others?

Charlie Hebdo’s freedom to use the image of a drowned child to drive home its message, whatever that may be, is paid for, by thousands of innocent young lives who by virtue of its brush are robbed of their right to dignity, aspirations and security. Charlie Hebdo’s latest offering serves to promote fear and loathing. The satire is long gone!