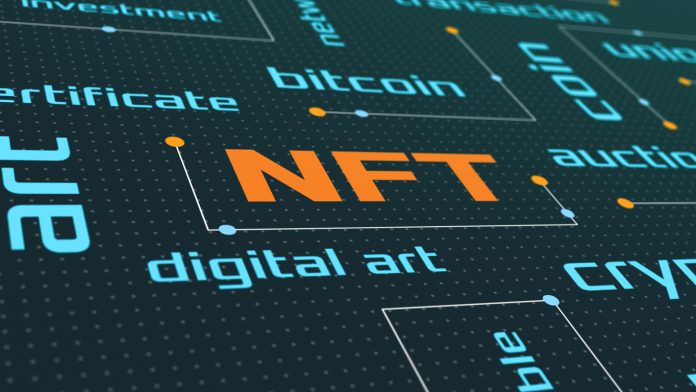 If the abbreviation NFT seems cryptic to you, you’re not far wrong. NFT stands for Non Fungible Token and thus for one of the latest megatrends in the crypto world of virtual realities, digital art, and cryptocurrencies.

Just like the units of digital currencies, an NFT is a link on a decentrally stored blockchain. However, NFTs differ from digital currencies in that they are not arbitrarily exchangeable – i.e. not “fungible”.

While the cryptocurrencies that can be exchanged with an HitBTC trading bot are a competitor to global “paper” currencies, many see NFT as the digital revolution of the art world.

What Can Be Traded with NFT?

It is the combination of several factors that have triggered the tremendous success story of NFT since its introduction a few years ago. For example, the underlying blockchain process makes NFT virtually tamper-proof.

NFT can be linked to digital or even real objects and can be traded on digital marketplaces. This makes them quasi-tradable, digital certificates of authenticity for virtual or tangible assets.

Digital works of art, animated graphics, pieces of music, videos, or digital gadgets from online games: Almost anything can be linked to an NFT and traded on the Internet.

Digital, often animated graphics (GIFs) are particularly popular among collectors of virtual art. Last year, for example, the well-known Nyan Cat was sold as an NFT for around 600,000 U.S. dollars after it had already been dragging its tail across screens worldwide as an animated GIF for ten years.

The most expensive NFT ever to date is also a graphic design: the work “Merge” by the anonymous online artist Pak set a new record at the end of 2021 with total proceeds of around 91 million US dollars.

Digital trading cards are, in a way, the virtual equivalent of the well-known Panini cards. Player cards in particular enjoy great popularity. Some sports teams even offer licensed player cards as NFT.

In some cases, the NFT player cards can even be put together on digital platforms to form fantasy teams that compete against each other.

NFT are widespread in the virtual games market. The tokens do not even have to represent the players themselves; they are usually clothing or equipment for the virtual game characters.

These so-called in-game gadgets often give the game characters special powers or abilities and can also be traded between players.

The next generation of virtual games goes one step further, in which players can theoretically even create NFTs by solving tasks and earning money from their sales.

Even real objects and works of art can be linked to an NFT. For example, some painters already use NFT to sell scans of their artwork. Buyers of such NFTs on real art then usually get access to a high-resolution scan linked to the original painting itself.

As a rule, they do not acquire the rights to the real painting with the NFT, and commercial use is also usually excluded, similar to purely digital art.

The trend toward tokenizing real art was recently taken to an extreme by a blockchain group that first burned the work “Morons” by the artist Banksy in an art action and then sold the video as an NFT.

What Are the Benefits of Buying an NFT for Both Buyer and Seller?

As a certificate of authenticity, the NFT is virtually forgery-proof, unalterable, and cannot be copied.

For buyers and sellers, NFTs open up a global market. Artists in particular benefit from the almost worldwide clientele to whom they can offer their works directly and without the intermediary of agents.

Another significant advance from the point of view of artists is that an NFT can be structured via a so-called “smart contract” in such a way that the author receives a certain percentage of royalties for each resale.

From the buyer’s perspective, an NFT first proves that the work associated with the token is original. As a rule, the buyer only receives proof of authenticity and the so-called “simple right of use” with the NFT. He can thus use the work of art for private purposes, but not for commercial purposes.

As a rule, he does not acquire any further rights to the original or even the copyright. Only in exceptional cases, when the author transfers the “exclusive right of use” to the buyer, may the latter also reproduce the work or use it exclusively.

The only material benefit that the buyer usually has with this is the potential profit in the event of a resale.

What Do You Own after Buying an NFT?

In fact, it’s not always entirely clear what the buyer of a token is acquiring in the first place. An NFT just allows you to trade everything and (almost) nothing. Everything, because you can link almost any file or object to the token; and nothing, because the token usually does not transfer the license for commercial use.

So, depending on the design of the NFT, the artist himself can continue to circulate his work. One can therefore think of NFT artworks as a kind of hand-signed copies.

Strictly speaking, the owner only receives the non-fungible token, which identifies the name of the owner via its metadata and is linked to a specific work of art via its digital signature.

The simple right of use thus transferred usually allows him to use the file, but not with commercial intent. Thus, many NFT graphics are posted by buyers on publicly accessible Internet sites for viewing free of charge.

The digital artwork itself can usually still be easily viewed or downloaded from the Internet. Thus, the NFT does not actually create scarcity in the underlying object or artwork itself, but only in the token that is deposited on a blockchain.

Unlike a privately made copy, the buyer of an NFT can prove that their copy is the authentic version. Analogous to an expensive classical painting, where there may be many high-quality copies but only one original. And the NFT is a sure proof of this original.