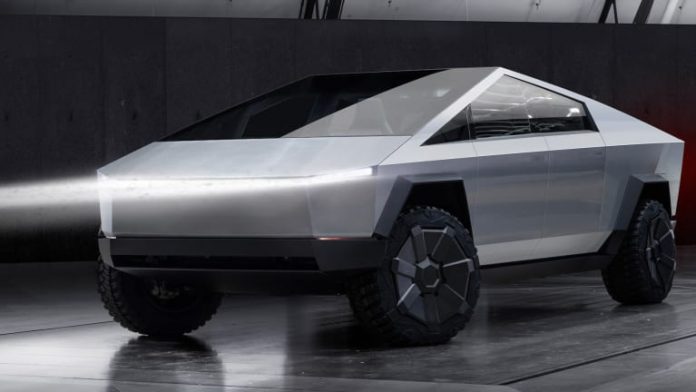 A lot was made of the unveiling of Tesla’s Cybertruck, including a lot of fun about its extravagant design. But what do we actually know about the long-awaited electrical beast?

My Car Needs This takes you through all the important features and capabilities of Elon Musk’s latest and certainly most eye-catching brainchild.

From a strictly aesthetic standpoint, the design of Tesla’s Cybertruck is bound to polarize. Wild, dramatic, otherworldly, Lego-like – these are only some of the epithets that have been assigned to the incredibly angular machine, and only time will tell whether the context was mostly positive or negative.

The design of a car, even when it’s so uniquely daring it brings a futuristic sci-fi film prop to mind, is more than its outer appearance, however.

The Cybertruck is made of thick stainless steel, which is an interesting choice for a couple of reasons, besides the most obvious one which is that it makes the car look like Robocop’s vehicle of choice.

The main benefit of stainless steel is also its main downside – its unwavering toughness that is reminiscent of a rigid principle that cannot be bent. On the one hand, stainless steel is almost impervious to corrosion, but this resilience comes at the cost of repairing and painting options, which are very scarce and hard to pull off, if at all.

But the choice of material and all-around robotic design seem justified when you consider one of the Cybertruck’s main selling angles – impenetrability. Despite the gaffe which went viral – the supposedly bulletproof windows breaking when an iron ball was thrown at them – the vehicle is still meant to be able to withstand 9mm ammunition, which only adds to its Robocop aura.

In fact, the stainless steel alloy in its exoskeleton was initially developed for SpaceX’s Starship rocket, which is a testament to Musk’s attention to detail and devotion to the project.

As far as dimensions are concerned, with its 231.7 inches in length, 79.8 inches in width, and 75 inches in height, as well as its 6-passanger capacity, Tesla’s Cybertruck rivals many of the popular full-size trucks or pickups, the likes of F-150. And speaking of pickups, yes, the Cybertruck is one, even though its appearance couldn’t be any further from the associations this type of vehicles usually conjures up.

Which brings us to the next talking point.

The bed is arguably the most central element of a pickup truck by default, since that’s where the things that are picked up are placed. And even though Tesla’s Cybertruck isn’t your typical pickup, it’s a pickup nonetheless, and actually, it turns out it’s a very functional one at that.

Its bed is equipped with a sliding metal tonneau that can be locked, which makes it capable of safely carrying fragile loads that would be in serious danger of breaking in an open bed.

Furthermore, with its built-in ramp, several charging outlets for electric ATVs, and a 3,500-pound payload capacity, the Cybertruck gives F-150 a run for its money, and that says something.

As you maybe imagine, the interior of Tesla’s Cybertruck is in line with its outer design – it’s boldly minimalistic, even more so than Tesla’s Model 3 which has come to epitomize this style. Minimalistic in that case also means roomy, which many people might consider a serious benefit. And in the same vein as Model 3, the Cybertruck’s interior central stage is taken by a large, prominent touchscreen.

Even though the engineering side of things is still shroud in mystery, the specs that have been revealed are impressive, as expected.

It’s also worth mentioning the option of a built-in solar charging would add another 15 to 40 miles of range.

Corners haven’t been cut with this aspect, either – with 16 inches of ground clearance and departure and approach angles of 28 and 35 degrees, respectively, the Cybertruck should be a well-rounded pickup you can trust in various off-road scenarios.

Overall, despite its divisive exterior and the need for certain engineering tweaks and refinement, Tesla’s Cybertruck capabilities can make one forget this is actually an electric vehicle, which is no easy feat and a reason to be hopeful for the future of green road travel. 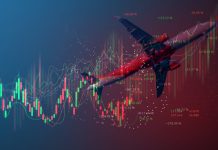 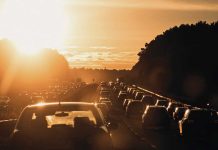