We see organizations get to use service robots more these days. It is also predicted that the pace with which organizations adopt robots will only increase in the coming years. For instance, The International Federation of Robotics discovered in 2019 that the number of sales for service robots increased by over 60%. As artificially intelligent service robots are becoming more prevalent, there’s a challenge for the makers and users whether or not to make them more humanlike.

In an article recently published by New York Times discussing whether robots should have faces, the author cited a report stating that customers react positively and are more receptive to robots that have faces than those without. This hypothesis was tested systematically with two experiments.

The experiment used psychological and physical means to manipulate how the subjects thought about and perceived the robots during the investigation. In the first experiment, the concept used is anthropomorphism – creating robots with human characteristics, such as emotions, intentions, and motivations. Next, the study was carried out to see if anthropomorphized robots are more likable. Testing this hypothesis on the field required it to go to Japan, the first robot-staffed hotel globally, where a humanoid lady and raptor robots are used as receptionists.

As the hotel guests went into the hotel, about half were approached randomly and asked to treat this robot as though it had human-like characteristics, and they wrote a short description about the anthropomorphized robots. The next day, the guests were approached during their check out and were asked to report the service failures they encountered with the robot during their stay in the hotel and how satisfied they were with the hotel.

The results found that most of the guests that were asked to relate with the robots as though they had human characteristics reported to have been more satisfied with the overall service of the hotel. It is also notable that there were not many reports of robot service failures. It is also interesting to note that the guests put in the anthropomorphic condition found it much easier to forgive such shortcomings in the rare instance that it happened, compared to other guests under the control condition who did not think of or relate with the robot in an anthropomorphized way. This is an important finding because the robot cannot coordinate well and navigate their way with humans means that they will experience some service failures. This means that companies that are reliant on robots within the service sectors have to create the ideal conditions to ensure the willingness of their customers to be more tolerant to the failures they may experience with these robots.

With the insight from this experiment, the authors tried to replicate their findings under a more controlled condition. During the second experiment, the robot was used to serve the subjects food, and the anthropomorphism was manipulated through three factors – face, name, and voice. Under this anthropomorphic condition, the robots introduced “herself” to the customers as “Allison.” The robot also spoke with a familiar female voice with an American accent. Also, the screen on the robot showed a smiley face while the study went on, and the lips would also move when she spoke. Under the controlled condition, it introduced itself differently using “robotic arm 57174” and spoke with a mechanical voice while the screen was blank.

All the findings were replicated, and the participants that engaged with the anthropomorphized robots had a higher level of satisfaction. Additionally, when the robots fail to deliver the right choice of food order, the participants under this condition were more willing to forgive the robot’s errors. With these findings, organizations adopting robots as part of their workforce have more to do to maximize their customer satisfaction.

According to assignment help, it is crucial to humanize the robot employee beyond giving it a face. As an organization, you must change the tone and the way the robot speaks and their accent. The different experiments on robots show that robots speaking with a humanlike voice and using a local accent or slang that people relate to are likable. Ensuring that the robot is humanized will prove crucial when you use automation in areas where you know that service failures are likely to occur more frequently. Under these circumstances, the customers’ satisfaction will largely depend on their level of tolerance to the robotic failures. However, you must ensure to give the robot a higher chance to satisfy them by giving it all the necessary human characteristics. These characteristics will go a long way in making the customers like it, and they will be more tolerant of its failures when it happens.

However, you must not make the robots appear too much like a person. While it may have human characteristics, it cannot look like a human. It may be likable because it has a face. It is preferable that you use animated faces over other faces that have a close semblance to the physical attributes of humans. Research suggests that humans tend to react more positively to robots that have physical features that humans are familiar with, such as animated faces. However, if you push this a little further and give it a human look or something similar, then it may become creepy, disturbing, and untrustworthy. This is a phenomenon called the uncanny valley, and it refers to the unease that people feel when they see humanoid robots that have a solid semblance to actual human beings.

It is becoming more evident that robots are the next big thing in the service sector. The continuous development of artificial intelligence technology and the need to please consumers continue to drive the need for robots in the service industry. Going forward, we expect to see an increased usage of robots for specific or specialized purposes and in different sectors.

Charles Normandin writes unique articles for an essay writing service. He is a professional in writing unique texts and also speaks three languages at a high level. He is fond of volunteering, drawing, and rock climbing. In his view, days spent helping animals at the shelter make their life better. Meet him on Twitter @Charles60104524. 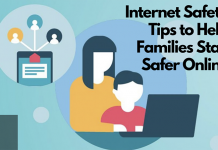 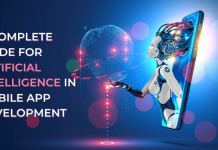